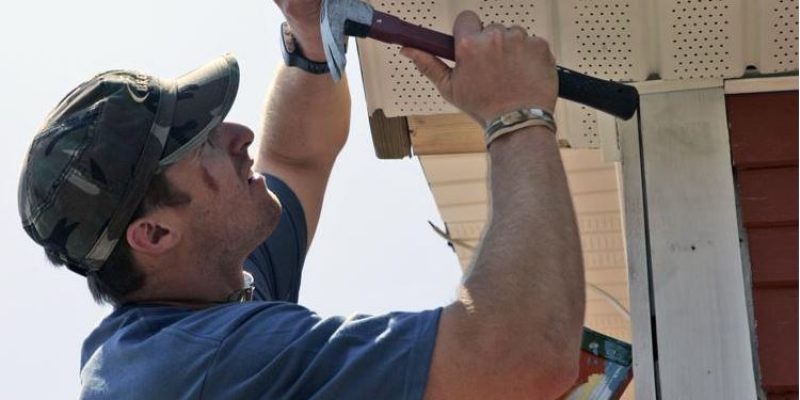 And all he’s gotten is the worst kind of graceless, deceitful, exploitative betrayal from teammates, players around the league, and others.

All he’s gotten is a thousand footballs thrown at his face.

I get misunderstandings. But this one seems especially cruel. This one seems to be personal, an attempt to obliterate a man into nothingness simply because he has a big heart and answered a question with both family and society in mind.

It was a complete, layered, sincere response that apparently was too authentic and too heart-filled for some.

That skin color narrative works both ways when hate is involved. If it doesn’t, then America will never reach the point protestors claim to want to be. They will never get the support from people simply unwilling to live by a double-standard. They will be yelling in a megaphone to deaf ears because they didn’t want to play on a level playing field.

That is not an opinion. That is called social dynamics.

Some will argue that it’s never been a level playing field for the black community, so why should we make it so now?

There’s really no brief answer to that way of thinking, where you’re playing an Algebra of sorts and performing operations to both sides of an equation. Life in these cases is not math; it is psychology—of both the personal and the collective varieties. It’s deeper and more complicated than black and white (in so many ways), and attempting to force people into your insular way of thinking—no matter how right you think it is—will never get the result you want.

That’s the beauty of it, though. You can be right with your thoughts. But so can Drew Brees. They can co-exist. And creating such a violent tornado of suspicion over a man and his words that had absolutely zero intent to harm just makes many Americans scratch their heads at what your ultimate motive is with all of this.

This is what sows the seeds of distrust.

Many Americans ask themselves when it comes to these situations, Do protestors, white or black, really want the change they’re up in arms about? Do they really? Do they really know what it takes to get there? Because if getting there means you stomp on me and my rights and my memories of family, you can forget it.

That’s where the “deafness” comes in. People have their dignity. They have their families. They have their lives. They believe that the societal change that needs to take place between races can happen alongside those values, and when the indication from protestors is that no, you cannot keep those values and stand alongside us, most Americans can appear not to care.

But that isn’t true at all.

And this is the case with Drew Brees.

I would be willing to give his attackers a break and look at this from both sides here if they had been more civilized about it. Maybe some phone calls or in-person conversations like men? But the pure vitriol that is coming across social media instead defies friendship, camaraderie, and basic human decency. Drew Brees said nothing that should have been inflammatory on Wednesday. He said everything that is true to who he is as an individual human being living in a difficult time—he disagreed with something, proceeded to tell a very heartfelt, personal story of why, and then went on to assure the other people he loved that may disagree with him that he also stands by them and recognizes the change that needs to continue to happen.

His ideas were couched in love for brother. Their ideas seem to be couched in unbridled hate.

Here are Brees’ comments in full after he was asked the question about kneeling before games. It wasn’t as though he just came out and offered this opinion on his own. Moreover, if you watch the video, or even read his full answer below, you may wonder what exactly it is he said that was so terrible.

Highlight: @readdanwrite asks @drewbrees what the star NFL quarterback thinks about "players kneeling again when the NFL season starts."@drewbrees: “I will never agree with anybody disrespecting the flag of the United States of America or our country.”

“I will never agree with anybody disrespecting the flag of the United States of America or our country,” Brees said. “Let me just tell you what I see or what I feel when the national anthem is played, and when I look at the flag of the United States. I envision my two grandfathers, who fought for this country during World War II, one in the Army and one in the Marine Corp. Both risking their lives to protect our country and to try to make our country and this world a better place.”

Brees also added that standing with your hand over your heart is an equally good way of showing unity.

“Every time I stand with my hand over my heart, looking at that flag, and singing the national anthem, that’s what I think about, and in many cases, it brings me to tears, thinking about all that has been sacrificed,” Brees said. “Not just those in the military, but for that matter, those throughout the civil rights movements of the ’60s, and everyone, and all that has been endured by so many people up until this point. And is everything right with our country right now? No, it’s not. We still have a long way to go, but I think what you do by standing there and showing respect to the flag with your hand over your heart, is it shows unity. It shows that we are all in this together, we can all do better and that we are all part of the solution.”

His attackers took issue with that first sentence. They went deaf to everything else. So if Brees could have done anything better, as if it is my place to say, and this is really nitpicking, it’s that he could have just begun his response at “Let me just tell you…”

I say that only to provide an example to Brees’ attackers, and likely mine who hold the same opinion as they, that there is a way to have multiple layers of understanding with something. There is a way to embrace a higher level, more nuanced way of thinking.

And at the very, very least, there is that seemingly extinct notion of “agree to disagree.” Brees’ teammate Marcus Davenport seems to understand that notion just fine.

“Drew wasn’t talking about the current protest, the riots or really anything besides HIS feelings on kneeling during the National Anthem,” Davenport tweeted. “He even explained what they were, the basis and that he actually stands with us. Do we have to entirely agree with him, no.

“I can see points in what my teammate was saying HIS connection to disrespecting the flag, I agree he should’ve said something on the current police brutality or the current injustices within our system but He spoke his connection to his patriotism.”

“People should not be throwing Drew Brees under the bus, and they definitely need to pump the brakes on labeling him a racist.

“People that are criticizing him like LeBron James and other celebrities don’t know him. They need to check his resume. I love my race. And I love New Orleans to death. But I know Drew Brees. And Drew is a good person.

“And until you have walked beside him and gotten to know him, his wife and family, you definitely have to give him a pass on this one and allow Drew a chance to think about what he said and come back and make this right. And I know he will.”

I will digress on an analysis of what awful things people like LeBron James, Michael Thomas, Malcolm Jenkins, Cameron Jordan (his was a response to Davenport), Ed Reed, Richard Sherman, and other athletes have said. I will digress on commenting on media like USA Today’s Nancy Armour.

I guess they are entitled to their opinions, but I guess so am I. You can read those for yourself. For me, they so defy human decency compared to what we as a nation are willing to tolerate in things, such as a black man breaking into a black pregnant woman’s home and putting a gun to her belly, or the killing of black Americans in these riots, that they aren’t worth addressing.

What I do want to do is highlight a few tweets from everyday Americans that, to me, more encapsulate the issue here. It highlights the general psychology of our society, and is a microcosm of why we continue to be embroiled in this black-white saga.

You know what brings me to tears @drewbrees? My grandfather and my father and my great grandfather and on back fighting in those same wars as your family, only mine would come back home to face lynchings, Jim Crow, Police brutality, voter suppression & housing discrimination…

And rioters wonder why everyone hate them.

Not really. We do wonder why you wasn’t Aborted. How about that.

Four tweets that encapsulate American dysfunction. The first involves a person explaining what a personal, familial memory means to him. Just as Drew Brees did. The tweeter did nothing different in giving his opinion based on personal history; the only difference is that Brees went a step further and said that he did understand the plight of racism, while the tweeter made no effort to see Brees’ point of view.

Yet the tweeter would be glorified, if he were in the public spotlight as these pro athletes are.

Tweets 2, 3, and 4 need no analysis. You either agree with human decency or you don’t. It is simply an example of the round-and-round circus we are going through in America, one Drew Brees was lucidly attempting to mitigate with his half-personal, half-societal response to the question. He didn’t have to take it that far, based on the question itself. He was trying to be a leader, the quarterback he is, for an entire country.

And what did he get for his attempt? Not an incomplete pass or a drop in the endzone, but a vicious, gang-style reversal of footballs directed right at his face.

His very own teammates burned his jersey.

Bravo to Marcus Davenport and Joe Horn for trying to douse the flames.

On a final note, if these attackers do have something–anything–right, it may be that Brees “don’t know no better,” as Brees’ top receiver Michael Thomas put it. They’re right, Brees doesn’t get it—not all of it. But neither do they. Neither do I, or any of us. If I’ve said it once, I’ve said it a thousand times—the opponents do not have black uniforms and white uniforms on. At its core, this has nothing to do with the color of the Saints’ home and away garbs.

No, at its core, this is about something behind the scenes that doesn’t want us to get along, that wants to make blacks hate whites and whites hate blacks, and this latest evidence that we are so unwilling to look for that obvious reality greatly tempers my recent enthusiasm.

Interested in more news from Louisiana? We've got you covered! See More Louisiana News
Previous Article You Might Be Missing A Race War Within The Louisiana Democrat Party
Next Article SADOW: What Happens To Tort Reform Will Decide Who Runs Louisiana