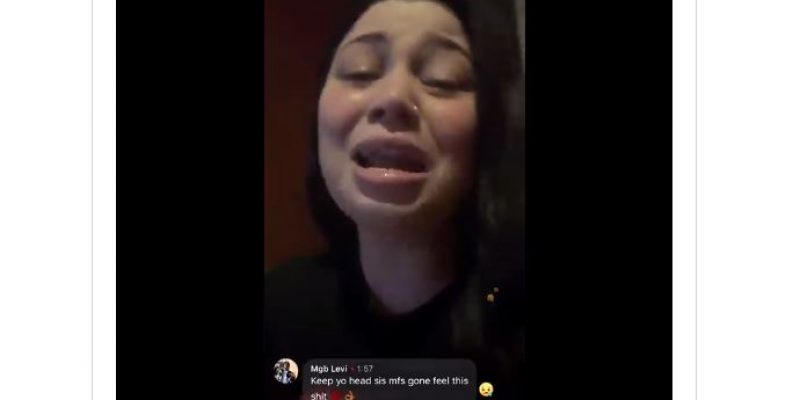 Fine. We won’t talk about the white Americans that die in our country at the hands of injustice every day. We will stick to the riots, the issue at hand, the unjust and untimely deaths of black Americans, just as you insist.

I’m talking to the people—and there are thousands, including celebrities and politicians—who are defending and promoting these violent protests. And within the parameters of this world we are currently in, the ones you created, at least four innocent black American men and one biracial woman have been killed as a direct result of those riots.

We’ve seen your posts. We’ve heard your smug, virtue-signaling, cryptically universal message. You have told us that one black man’s life outweighs and outvalues a bunch of bricks and mortar, as if that is the only thing being destroyed in city after city. You have shown your dismissal of the truth with this, but in doing so, now you have now forced everyone to ask you a question–according, again, to the rules you have apparently unilaterally created for everyone:

What are five black lives worth while destroying that brick and mortar? Will you continue to sing your same tune? Double-down on such a wicked belief system that it defies comprehension?

What say you, celebs? What say you, professional athletes? Still going to keep bailing these murderers and masters of destruction out of prison to potentially kill someone else?

In Davenport, Iowa earlier this week, Italia Marie Kelly, 22, learned all-too-well the difference between a peaceful protest and a riot. Actually, it is doubtful that she had time to learn anything, as the bullet went through her as she got in her car to leave a protest gone nuts.

In addition to Kelly, another person was killed and two others, including a police officer, were injured in the gunfire.

Following the tragedy, Kelly’s 19-year-old sister Jasmine went on Facebook Live. And if true justice could be served here, the people who support these ignorant, selfish, evil riots would have to hear this poor girl’s tears in their nightmares for the rest of their lives. Make no mistake about it: this all is evil’s work, and if you support the burning of America, then you are also supporting this….warning for language, but it is worth the view:

This woman’s sister was shot and killed by a protestor in Davenport, Iowa. The pain coming from her voice in this video is just heartbreaking. pic.twitter.com/8hAexPQLcX

“It wasn’t the police, it was you! And now I gotta bury the only person I had in my life, the person that took care of me, the person who took beatings for me so I didn’t have to, the person who was there for everything, when I had my seizures.”

Riot-lovers will turn their eyes away from that heartbreaking pain, but absolutely scourge with whip and chain the President of the United States for wanting to prevent it.

And rest in peace to these black men who have been killed in the name of justice for black America:

Beautiful human beings, all. And their families will never see them again. Certainly their lives, and David’s barbecue, were worth just a little bit more than the collective soapbox so many are standing on.