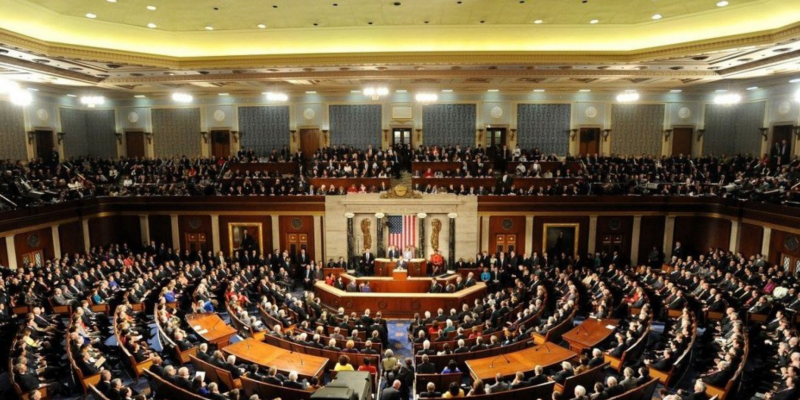 With more than 30 million people out of work and the U.S. House of Representatives voting by proxy, the nonprofit watchdog group, OpenTheBooks.com, says it’s time to re-evaluate the perks members of Congress receive.

“With public opinion polls consistently showing that up to 83 percent of the American people view Congress unfavorably, it’s time for change,” the report states. “The American people should insist on bipartisan congressional reforms.”

In 2019 and the first two weeks of 2020, the House was in session for only 850 hours and the Senate for 1,003 hours. Yet all members earn six-figure salaries and additional “perks,” Open the Books notes.

Open the Books is a nonprofit organization that tracks government spending.

In addition to the federal salaries for the House Speaker ($223,500), Majority and Minority leaders the President Pro Tempore ($193,400) and members ($174,000), they can also receive salaries from federal contractors based in their districts, Open the Books found.

In “Congressional Membership Has Its Privilege — Salaries, Pensions, Travel, and Other Taxpayer-Funded Perks,” Open the Books lists how lucrative becoming a member of the House of Representatives is today.

In addition to receiving income through federal contractors, members of Congress’ pensions increase for every year of service by $2,000. The report notes that “congressional ethics laws are so weak that no member of Congress has ever been stripped of their pension because of a corruption conviction.”

In another report published by Forbes, Open the Books identifies how members of Congress “own investment stock in, are employed by, and receive retirement pensions from federal contractors to whom they direct billions of taxpayer dollars.”

Additionally, they sponsor legislation that impacts the very contractors from whom they receive income.

Congressional travel expenditures are also covered by taxpayers. Since 2005, members of Congress and committee staffers have gone on 16,367 trips, including to the top overseas destinations of Israel, United Kingdom, France, Germany, and United Arab Emirates, all funded taxpayer, Open the Books reports.

Members also receive a 72-percent subsidized health insurance plan, a $25 per month on-site Capitol Hill gym membership with a swimming pool, sauna, steam room, and paddleball, and are covered by Worker’s Compensation Insurance and Social Security Disability Insurance. They are also exempt from some federal laws including the Freedom of Information Act, safety and health investigatory subpoenas, protections against retaliation for whistleblowers, among others, the report notes.

Salaries have remained flat for members of Congress since 2009, however, during times of federal government shutdowns when Congress could not agree on a budget, some members called to halt the payment of their salaries during these times.

In January 2019, U.S. Rep. John Curtis, R-UT, introduced H.R. 26, the “No Work, No Pay Act of 2019” to prohibit senators and representatives from being paid during periods when any federal agency is shut down due to a lapse in funding appropriated by Congress.

In 2018, 10 Democratic senators introduced a bill to withhold pay for members of Congress during a federal government shutdown. The bill went nowhere but two members, Rep. Barbara Comstock. R-Virginia, and Rep. Will Hurd, R-Texas, withheld their pay during the shutdown. Two other members, Rep. John Delaney, D-Maryland, and Sen. Mark Warner, D-Virginia, donated their salary to a hospital and to charity.