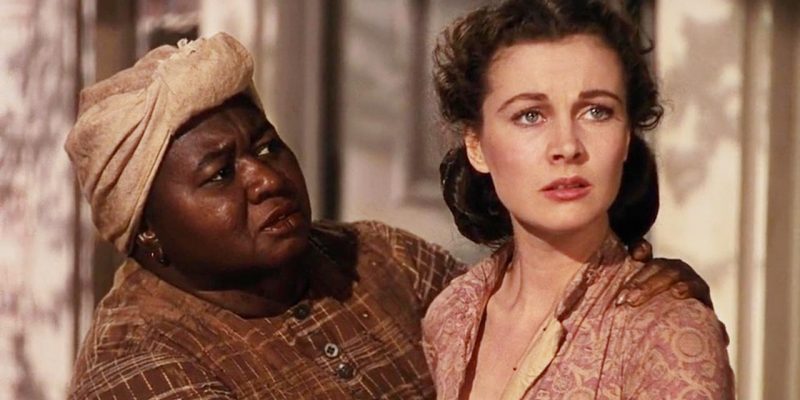 …and it comes from pure common sense in the wake of the decision – which you’d have to have been blind not to see coming – by HBO to pull Gone With The Wind from its HBO Max library. Great idea, guys.

HBO Max pulled the Oscar-winning Civil War epic “Gone With the Wind” from its library amid heightened racial tensions following the death of George Floyd.

ScreenRant and The Wall Street Journal were the first to report that the newly launched streaming service yanked the 1939 film, which takes place at an Atlanta plantation. Critics in the modern era have criticized “Gone With the Wind” for its depiction of black people.

The film won eight Oscars including best picture and made history when Hattie McDaniel became the first black American to win an Oscar for her performance.

The decision to pull “Gone With the Wind” from the streaming service sparked some backlash on social media.

“So when are we getting together to burn copies of To Kill A Mockingbird?” conservative commentator AG Hamilton asked.

“Hattie McDaniel was the first African-American actor to win an Oscar for her role in ‘Gone With the Wind.’ It’s also her birthday tomorrow. Way to erase a historic black achievement in the name of social justice,” Daily Caller’s Greg Price reacted.

“It really is necessary to buy hard copies of things… Soon everything digital will be modified beyond recognition or canceled altogether,” Washington Free Beacon executive editor Brent Scher warned.

We could go into all the nuts and bolts of how stupid a decision this was, and how it does nothing to improve race relations or understanding of history, or really anything of positive value at all. Today is, ironically, Hattie McDaniel’s birthday, and to celebrate, HBO is dumping her on the trash heap.

The suits at HBO have probably trashed HBO Max, which is OK – we couldn’t really understand what the purpose of it is anyway, given that you’ve got HBO Go and HBO Now already on the market. Who cares if Cinemax’s catalog gets added to the library? Most of Cinemax’s content is second-run stuff anyway.

HBO is a Time Warner entity, making it just another head of the hydra of corporate-owned media in America. Six media companies control practically every TV channel and movie production or distribution house, giving them more than 90 percent of the news and entertainment market. And China owns a chunk of every one – in some cases a chunk large enough to dictate what content is produced and what isn’t.

Corporate media in America has gone all-in on “wokeness” and cancel culture. If you’re wondering why the whole country has seemingly fallen into paroxysms of white guilt following the George Floyd fiasco, which at the end of the day is being treated as a crime – all four Minneapolis cops involved have been charged with criminal offenses, and the case is being supervised by Minnesota’s black Muslim Attorney General, so why would this be something necessitating the overthrow of our entire society – there’s a reason: the American corporate media hydra is working in concert to control what the public sees and thinks.

Nobody really thinks Gone With The Wind is dangerous or inappropriate. It’s a Civil War movie told from the Southern perspective, and it comes from 1939 when people thought about things differently. How are you supposed to understand history if you’re not allowed to experience culture from historical perspectives not your own?

Naturally, all this is over the heads of the yokels who run America’s corporate media, yokels who are startlingly incapable of producing current content which doesn’t suck.

So here’s the business idea we have. Somebody not affiliated with the hydra ought to start a streaming service, or use a current streaming service for this project, and then go around and snap up all the old movies and TV shows that, by modern sensibilities, are unacceptable for public viewing. As the Antifa/Black Lives Matter Munster Rebellion continues that’s going to become a larger and more distinguished list all the time – it won’t just be Gone With The Wind, it’ll be To Kill A Mockingbird, it’ll surely include all of Mel Brooks’ comedy classics, the TV show COPS, which was just canceled, and so forth. It probably ends up as a library of content which is better and more marketable than the recent releases on Netflix or HBO.

You’ve got a potential audience of half the country for that library, and your acquisition cost will be miniscule. Undercut HBO, Disney and Netflix on subscription costs, and build that audience to a size. Then begin producing and releasing content reflecting traditional American values rather than those of the corporate media hydra, which increasingly wishes to beat cancel culture and “wokeness” into the public, and watch the profits roll in.

This doesn’t have to just be a conservative thing. It doesn’t need to be ideological at all. There are lots of people on the Left – well, on the center-Left – who haven’t jumped off the wokeness cliff. And there are lots and lots of people of every ideological and ethnic persuasion who don’t see Gone With The Wind as some racist movie which must be shielded from the eyes of the public.

The market will defeat this foolishness. It simply needs entries willing to defeat it for fun and profit. So there’s your billion-dollar business idea; you’re welcome to cut us in when you’ve gotten it rolling.