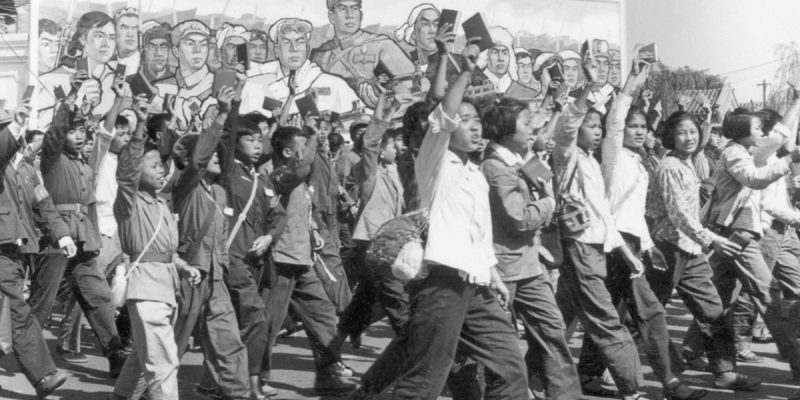 If you think the tactics and rhetoric of Antifa and Black Lives Matter demonstrators in America’s streets are new, think again. They’re old.

The date is August 1966. Large numbers of students have organized themselves into a violent social movement to promote communism.

The students ransacked whole villages, burned down homes and killed thousands of civilians, all in the name of communism.

This activity 54 years ago happened in Communist China. The name of the student movement was the Red Guards. They were inspired and encouraged by the chairman of the Chinese communist party, Mao Zedong. He dubbed this violent reign of terror the “Cultural Revolution.”

The goal of the Cultural Revolution was to eliminate what Mao called the “Four Olds.” The four olds were Old Customs, Old Culture, Old Habits and Old Ideas—everything that pre-dated communism in China. Mao saw them as a threat to his communist rule, so he unleashed the Red Guards to eliminate them. The Four Olds had to be replaced with new customs, new culture, new habits and new ideas—communist customs, communist culture, communist habits and communist ideas.

The Red Guards didn’t start out by killing people and destroying property. They started out with intimidation to back up Mao’s cultural revolution to change place names, especially street names. People even changed their own names so as to break with any association with the Four Olds.

The movement escalated from there. Anyone who seemed to cling to any of the Four Olds was harassed and intimidated. Property damage was next. Examples of old Chinese architecture began to be targeted for destruction by Red Guard mobs. Chinese literature books were seized by the Red Guard and burned. Artwork was destroyed by gangs of thugs who would go into homes to search for anything considered Old. The Red Guards ransacked homes of those who were not considered reliable supporters of the communist party. Ancient, sacred Chinese temples were destroyed. Cemeteries were desecrated and corpses were even dug up and torn apart. Monuments were taken down.

Does any of this sound familiar to you?

I’m sure it does. And that’s not surprising.

Counterinsurgency experts, intelligence analysts, law enforcement officials and political scientists alike throughout America and the West are starting to wake up to the parallels between today’s insurrection and the Red Guards’ reign of terror during Mao’s cultural revolution in China.

Antifa rhetoric parrots Mao’s communist philosophies. Some Antifa affiliates have even called themselves “Red Guards.” Antifa’s modern roots in West Germany during the height of the Cold War included the notorious Red Army Faction terrorist organization, which had a Maoist orientation.

The Antifa insurgents started by targeting Confederate monuments, gaining sympathy, particularly from those on the Left, such as liberals and progressives. But it sure didn’t stop there. Just as the Red Guards did in China a half century ago, the Antifa thugs have moved on to statues and monuments of George Washington, Thomas Jefferson, Abraham Lincoln, Andrew Jackson, Winston Churchill, Christopher Columbus and even Mahatma Gandhi.

Now they are calling for tearing down statues and depictions of Jesus Christ.

There have been calls for renaming Columbus, Ohio and St. Louis, Missouri, as well as US Army forts named after Generals who served in the confederacy during the Civil War.

When and where will it end?

It won’t end if American patriots who aren’t paying close attention don’t wake up to the fact that what Antifa is doing is waging a communist insurgency within our own country. We must stop the mass virtue signaling and capitulation and stand up for America, the greatest nation on earth.

Back in 1966, eventually even Mao and the Chinese communist party leadership had to rein in the Red Guards so that they did not become uncontrollable and threaten to compete for power. In just a matter of weeks they had murdered an estimated 10,000 people. Probably the only reason this episode is not widely known is because 10,000 deaths during the Mao Zedong era in China was barely a drop in the bucket. Mao was the largest mass murderer of the 20th century, responsible for the deaths of as many as 70 million people by forced starvation, exposure and execution. That’s more than Hitler, Stalin and Pol Pot combined.

One cannot help but be suspicious that, at a time when the Chinese communists have covered up the origins and spread of an unprecedented pandemic and used force belligerently on their border with India, in the South China Sea, in Hong Kong and over the skies of Taiwan, an insurrection reminiscent of the Chinese cultural revolution led by American communists has sprang up seemingly out of nowhere. Who’s been supporting Maoists in America and the West? Who is educating and indoctrinating them? Who is funding them? Who stands to benefit from the chaotic insurrection? These are questions that must be answered. I would not be surprised if the connecting of the dots leads to Beijing.

Meanwhile, today in America many Democrat party leaders have taken a paternal, protective view of Antifa, refusing to condemn their violence and denying that they are a terrorist organization. Like the Chinese communist party, the Democrats may find themselves wishing they could rein in Antifa as the violence escalates and further chaos ensues in cities that have been dominated by Democrat rule for decades.