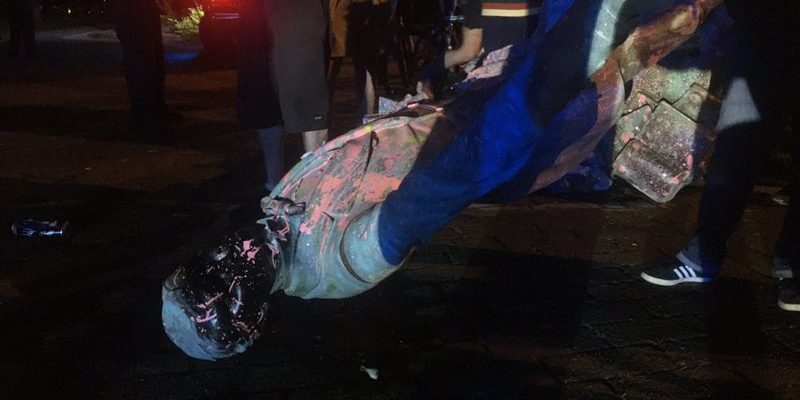 In a move that is bound to upset some fans, NASCAR announced in a statement yesterday that it would no longer allow confederate flags to be flown at future races saying,

“The presence of the confederate flag at NASCAR events runs contrary to our commitment to providing a welcoming and inclusive environment for all fans, our competitors and our industry. Bringing people together around a love for racing and the community that it creates is what makes our fans and sport special. The display of the confederate flag will be prohibited from all NASCAR events and properties.”

At least one NASCAR driver is not having it. Ray Ciccarelli announced his retirement over the matter writing,

“Well its been a fun ride and dream come true but if this is the direction Nascar is headed we will not participate after the 2020 season is over. I don’t believe in kneeling during Anthem nor taken ppl right to fly whatever flag they love. I could care less about the Confederate Flag but there are ppl that do and it doesn’t make them a racist all you are doing is [explicit] one group to cater to another.”

The development comes as the former capital of the confederacy saw rioters tear down a century-old bronze statue of President Jefferson Davis in Richmond, Virginia. One of the participants was reportedly hit on the head as the monument fell, knocking him unconscious and he was taken to the hospital. Governor Ralph Northam (D) has also ordered the removal of an iconic statue of General Robert E. Lee a few blocks away.

Meanwhile on Capitol Hill, House Speaker Nancy Pelosi (D-CA) has renewed her call to remove the eleven remaining statues of confederate leaders from the Rotunda in the U.S. House of Representatives.

In a letter to the Joint Committee on the Library Pelosi writes,

“While I believe it is imperative that we never forget our history lest we repeat it, I also believe that there is no room for celebrating the violent bigotry of the men of the Confederacy in the hallowed halls of the United States Capitol or places of honor across the country.”

Groups like Daughters of the Confederacy have “held the line” amid growing scrutiny in recent years but it appears as though the inhumane treatment of George Floyd by a police officer was “the straw that broke the camel’s back” when it comes to race relations in the United States and the public’s tolerance for symbols of the Confederate States of America.