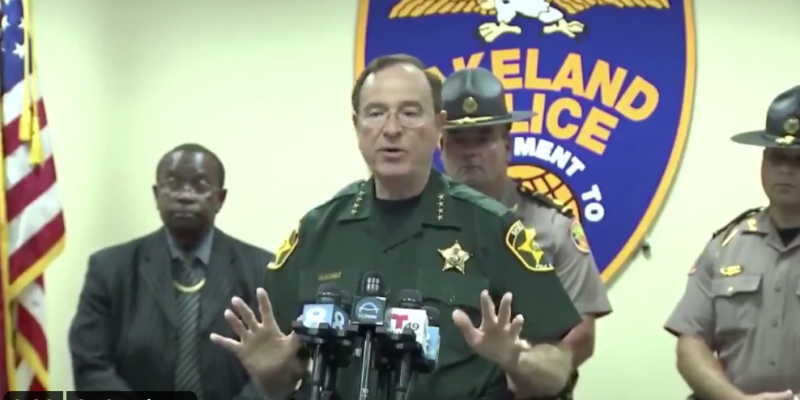 Florida’s Polk County Sheriff, Grady Judd, has a message for rioters: if they value their lives, they shouldn’t come to Polk County. If anyone tries to break into residents’ homes. He says, “I’m highly recommending they blow you out of their homes with their guns. So leave the community alone.”

Judd reiterates that Polk County residents are armed. And they will use their guns to defend themselves, their families, and their properties.

He also declared a local state of emergency and ordered a curfew effective 8:00 p.m., Monday, June 1, 2020, until 5:00 a.m. on Tuesday, June 2, 2020. On the afternoon of May 31, through the early morning hours of June 1, “serious incidents occurred in Lakeland, including threat of injury to civilians, aggravated assault and or battery to civilian(s), aggravated assault on law enforcement officers and failure to disperse following lawful orders by law enforcement officers,” the sheriff’s office reports.

Interested in more national news? We've got you covered! See More National News
Previous Article VIDEO: Everybody In America Should See Tucker Carlson’s June 1 Monologue
Next Article One of the most bizarre race-shaming videos you might ever watch [video]