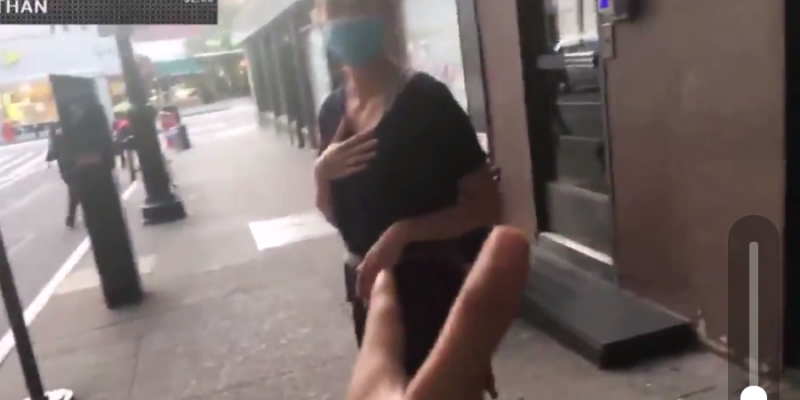 This is one of the most bizarre videos I’ve ever watched.

A black man stops a white woman, tells her to kneel and apologize for her white privilege and films her doing it. I asked if this was a joke. Was it staged? What person in their right mind would do this?

A black man stops a white woman, points repeatedly at her, while he tells her he isn’t going to hurt her, and motions for to get on her knees.

He’s still pointing at her and tells her to apologize for her white privilege.

There is something very wrong when two people believe this nonsense. The fact that he believes this is obviously a problem, but the fact that she goes along with it is just as bad.

This is no different than 1933 Berlin.

History is repeating itself– and few from this generation appear to have learned from it.