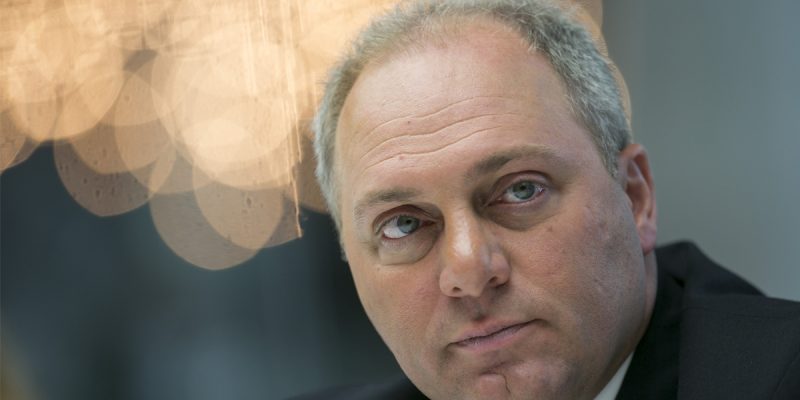 “The outcome was devastating,” he says. “Families who lost loved ones deserve answers. This tragedy was avoidable.”

According to a report by the Wall Street Journal, nursing home deaths related to COVID-19 reached 50,000, or roughly 42 percent of total COVID-19 deaths in the United States.

Scalise’s letter to Michigan Gov. Gretchen Whitmer says that his office is “seeking information, at a granular level, about the science and information used to inform your decision to mandate nursing homes and long-term care facilities admit untested and contagious COVID-19 patients from hospitals. This decision likely contributed to the thousands of elderly deaths in Michigan.”

Similar demands were made in all of the letters.

In Michigan, Whitmer issued an executive order on April 15 requiring nursing homes in Michigan to readmit all residents who had been hospitalized regardless of whether they had tested positive for the coronavirus or not. The order has still not been rescinded.

New York Gov. Andrew Cuomo issued a similar order in March, which he rescinded it in May.

45 states got this right, but the other 5 decided to do their own thing, & it ended up being a death sentence for many

Those governors should be held accountable pic.twitter.com/SVOaFoQVQK

New York Rep. Tom Reed agrees. He wrote in a column published by The Washington Examiner,

“It is estimated over 40,000 of our nation’s grandparents, and the selfless men and women who care for them, have died due to COVID-19 since the start of the pandemic. Until we can ensure that every state and nursing facility in our union is better prepared to handle the threat the virus poses, this horrific death toll will only rise.

“In New York alone, more than 5,900 nursing home and adult care residents have died — and this number is undercounted because of the way the state has assigned nursing home deaths. Gov. Andrew Cuomo’s decisions, including forcing nursing homes to receive virus-positive patients, are directly responsible for the death of so many of the state’s grandparents. The decision was in direct conflict with CDC guidance despite Cuomo’s claims otherwise (which were rated “mostly false” by Politifact).”

Gov. Cuomo has repeatedly refused to accept responsibility for NY's deadly nursing home mistakes. If we are going to better protect our nation’s grandparents, we need a full investigation.