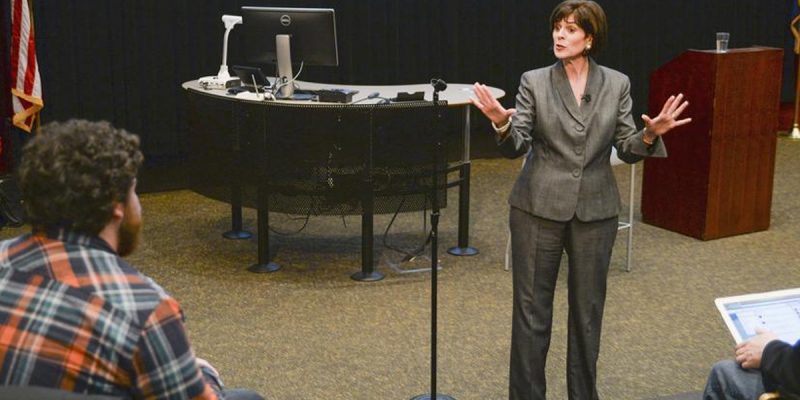 Cancel culture is alive and well in Louisiana universities both public and private, calling into question whether they have a genuine commitment to nondiscrimination and free inquiry and expression.

In the north, the University of Louisiana at Monroe is investigating the social media posts of two veteran faculty members. A tenured professor, Dennis Bell, recently made social media posts about the narrative pushed by the political left in the protests over the death in police custody of alleged bad money passer George Floyd, a black man, at the hands of two white and two Asiatic officers.

Bell opined that the political left’s support of protesting of a reputed nationwide systemic police brutality against blacks – a demonstrably false proposition – was a strategy to “keep blacks on the democrat [sic] plantation.” Additionally, a longtime assistant professor, Mary Holmes, posted in a manner that implied Democrat former Pres. Barack Obama was a simian.

ULM released statements that it “condemns the stunningly bigoted and racist language in social media posts by select members of our faculty. Our university demands tolerance and respect in the workplace and in the classroom.” It also said it would investigate and take available action if appropriate. Tuesday, Bell’s name not longer appeared in the faculty directory while Holmes’ remained.

The posts were unconnected in any way to the pair’s performance of their contracted duties, and do have protection under the First Amendment. However, universities as an employment condition typically have walked a fine line in placing restrictions on expression even outside job performance, in ULM’s case encapsulated in its faculty handbook – presumably guided by University of Louisiana System policies that only obliquely address issues of faculty expression outside of their duties – in its section 7.1.1 that states “Civil disagreement and a diversity of views are expected, but this debate and dialogue should be respectful at all times not only in person but also in print (e.g. email, social media). In all cases, the faculty should be conscious of their behavior and its consequences. The expectations for faculty further extend to their roles outside the university.”

Any discipline ULM wishes to mete out gets tricky in Bell’s case, at least for his most recent comments. Not only does it appear that he didn’t converse disrespectfully, but his opinion about some protest actions, which draws upon the analysis of many conservatives when they assess the tactics of Democrats – given the party’s rhetoric on race and support of policies that encourage fear, leading to dependency on government that increases the command and control Democrat politicians have over people – makes a political, not racial, statement.

What possibly could get Bell into trouble is alleged statements in the past, which ULM might have referred to in its statement, where he advocated for his right to use a word identified as a racial slur. That potentially could be argued as disrespect and subject to penalties. Yet even here ULM would have problems, for two reasons. First, this alleged speech occurred five years ago, and ULM can be questioned as to why suddenly now this expression has become punishable when apparently it previously wasn’t. Second, ULM would have to show it punishes any faculty member, regardless of race or any other suspect category, who uses that rhetoric. If it can do neither satisfactorily, Bell could accuse the school of a disparate treatment that violates his First Amendment rights and judicially dispute any penalties including termination.

Unless ULM can explain these away, it comes off as an institution that suppresses, rather than encourages, free inquiry and expression on the basis of political viewpoints. It doesn’t have specific policy that protects its students and employees from harassment on the basis of political affiliation, unlike another ULS institution Southeastern Louisiana University. Louisiana institutions of higher education would demonstrate a seriousness in promoting free expression for members of their communities by emulating SLU in this repsect.

In the case of Holmes, in the context of her boorish post that doesn’t appear related to interactions with anybody in the university community, again it seems questionable whether she has violated any university policy. However, with almost 30 years in and at the assistant level, this implies she is untenured and works off of fixed contracts the kind of which institutions have wide latitude whether to renew. ULM could cite any number of reasons unrelated to her post as justification for future nonrenewal, even if it really means to punish her for that remark.

Also driving the politics of the situation, it currently undergoes a search for a new leader. And in any event, ULM has an unsavory recent history regarding free speech, so it may act hastily and overreach regarding this controversy. In 2017, it attempted to punish students for private speech, an incident which helped pave the way for a 2018 law that requires state higher education institutions to have explicit policy protecting free expression on campus.

But to the south, no such requirements or other state protections exist at private Loyola University, which found itself on the periphery of controversy involving its former head of its communications school and professor Sonya Duhé. She left the institution last month to lead a similar school at Arizona State University, but then after she posted a comment on social media lamenting the Floyd death, former students began circulating social media commentary questioning her racial views.

After some time, on that basis ASU announced it would rescind the offer, and Loyola’s current leadership stated the school hadn’t done enough to follow up on complaints that Duhé had shown a kind of insensitivity towards the appearances of black and overweight students and with vocal expressions of students who identified with a different gender expression than generally associated with their biological birth.

Loyola Pres. Tania Tetlow suggested that remarks made by Duhé reflected pragmatic, career-oriented judgments, echoing investigations that the school had done when previous complaints had surfaced. Duhé has spent a career as a working broadcast journalist and in academia guiding students into that industry, and her husband for decades has worked in the area of political communication. Nonetheless, it issued mea culpas for presumably letting too much insensitivity run rampant.

This becomes tricky as well. For example, it’s one thing if Duhé sat down with black students interested in on-camera broadcast careers and said something like most media markets have a majority of white viewers and that a significant portion of people who watch television news pick stations primarily on the basis of the appearances of those on-air, so your job offers may increase if you don’t go with “natural” hairstyles. It would be another if she had graded them or in any recommendations to employers made hair a component of these evaluations.

Yet the disappointing aspect to the episode is the reactions former students gave to the ASU student newspaper when it wrote about this. The paper used the term “microaggressions” in reference to Duhé’s actions, which is a term unpleasantly becoming all too common in academic discourse, defined as commentary on somebody’s appearance, actions, or viewpoints that makes the receiver feel uncomfortable for any reason, regardless of its validity or the communicator’s intent. Alleged victims declare this as illegitimate expression if it in any way erodes their self-esteem.

Many of the students interviewed couched their comments about Duhé in this fashion. Most worrying, some appeared upset that she appeared to show “affinities” towards “conservative” news sources with the implication this somehow created an unwelcoming environment. If these students serve as an example of how a Loyola education shaped them, if there was a problem with Duhé, it is far overshadowed by the failure on its part to educate students to think more critically, informatively, and tolerantly who don’t evaluate intellectual arguments challenging their own as attacks on their self-esteem.

Happening within a few days of each other, these controversies remind Louisianans that all may not be well with its institutions of higher learning in their missions to provide environments encouraging free and informed inquiry that sponsors critical appraisal of ideas, and thus could need some policy interventions.