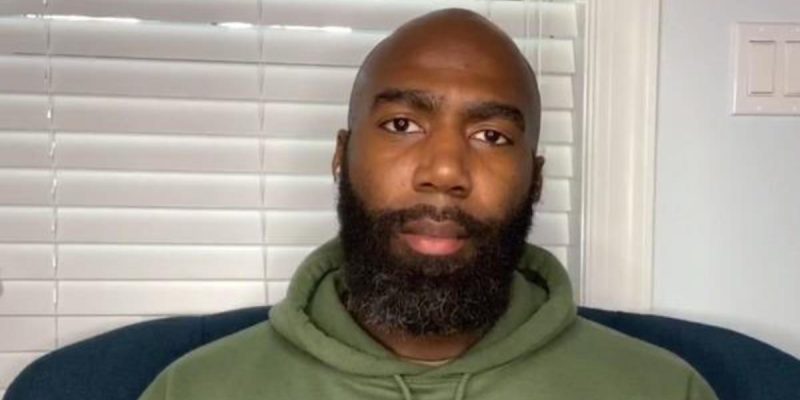 We don’t need to return too far into the fiasco that was Saints quarterback Drew Brees’ self-abasement and public whipping of last week. Our readers know enough about it that a recitation of Brees’ apology for a perfectly reasonable, well-stated and morally correct defense of the American flag and what it properly represents is not necessary.

But what can be said about Brees’ apology, and the follow-up statement by his wife Brittany, is that whatever you might have thought about it you have to agree that it was primarily motivated by a commitment to the team’s success. No one really believes that the groveling the Brees family offered in the face of what Brittany Brees confirmed wasn’t just social media intimidation but physical death threats was motivated by a real sense that patriotism as he had expressed is morally wrong. The explanation must lie elsewhere.

And it’s obvious. Drew Brees is an elite NFL quarterback playing his last year of football, and he plays on a team seen as having a real shot at winning a Super Bowl. He’s trying to finish a glorious career with a ring he’s been so long denied since earning his first one after the 2009 season, and Brees doesn’t want to let what essentially was a statement about politics, which will certainly still be there when the current football season is over, destroy that effort.

And when the Saints’ front office, which has covered itself not in glory during this disaster but rather something which smells not so sweet, didn’t come to Brees’ defense, he knew that if that last season of his career wasn’t going to devolve into misery and mediocrity with a surly bunch of teammates around him he was going to have to sacrifice something.

So he did, and Brees has lost the respect of half the Saints’ fan base and indeed half the country for having made that apology.

He shouldn’t have been forced into making that call. Brees was badly abused by the Twitterverse, the NFL, his team and his city, and when this season is over for better or worse he would be totally justified in giving the finger to the lot of us.

But Brees laid down his pride and his principles to accomplish a goal. He let the side of racial strife and perpetual outrage have the last word. He did it in an attempt to give New Orleans a Super Bowl championship. Whether you think it was the right decision or not, you have to respect the sacrifice he made for the team and the city.

What are those of his teammates who publicly abused him for defending the flag offering in return? In the case of Malcolm Jenkins, who was a Philadelphia Eagle at the end of last season, the answer is nothing.

New Orleans Saints safety Malcolm Jenkins said the efforts by commissioner Roger Goodell and the NFL to support players fighting for social justice have fallen short because they have yet to properly address their handling of Colin Kaepernick.

“I still don’t think [the NFL has] gotten it right. Until they apologize, specifically, to Colin Kaepernick, or assign him to a team, I don’t think that they will end up on the right side of history,” Jenkins, who is the co-founder of the Players Coalition, said Tuesday in an appearance on “CBS This Morning.”

“At the end of the day, they’ve listened to their players, they’ve donated money, they’ve created an Inspire Change platform; they’ve tried to do things up to this point. But it’s been one player in particular that they have ignored and not acknowledged, and that’s Colin Kaepernick.”

Goodell said in a video released Friday that the NFL “condemn[s] racism and the systematic oppression of black people” and that the league was “wrong for not listening to NFL players earlier, and encourage[s] all players to speak out and peacefully protest. We, the National Football League, believe that black lives matter.”

Goodell’s statement was in response to a video featuring more than a dozen star players, including Pro Bowl quarterbacks Patrick Mahomes and Deshaun Watson, requesting that the NFL step up its support. Kaepernick was not mentioned by name in the video, but the players asked the league to “admit wrong in silencing our players from peacefully protesting.”

“That’s the only thing people want to hear,” Jenkins said of the NFL’s silence on Kaepernick. “If it’s not going to correct that or acknowledge that, then everything else doesn’t need to be said.”

Jenkins, after Brees’ initial defense of the flag, recorded himself on video telling Brees to “shut the f**k up” before taking that video down and replacing it with another calling Brees “part of the problem.” Then, after thanking Brees for “listening,”  when Brees answered President Trump’s criticism of his apology, Jenkins went back on the attack.

He’s now saying he’s “glad” for posting a video publicly telling his teammate to “shut the f**k up.”

This after the other members of the Saints who had trashed Brees for his initial statement, like Cameron Jordan (who called the apology “true leadership”), Demario Davis and Michael Thomas, had praised him and attempted to mend the rift.

Somebody is trying to win a Super Bowl here, and somebody is not.

Remember that Malcolm Jenkins was originally drafted by the Saints. He was the team’s first round pick in 2009 as a cornerback, but after five years and $19 million the front office decided not to sign him to a second contract. He went to Philadelphia, where he signed a three-year, $16.25 million deal that was less lucrative than his rookie contract. Jenkins did well there, and after two years he signed a four-year, $35 million contract extension which expired after last year. And Philadelphia opted not to meet his demand for $14 million per year in a new contract. He instead returned to the Saints, who incredibly offered a four-year, $32 million contract to a declining player in his 12th year in the NFL.

It’s one of the dumbest free agent signings we’ve ever seen, not just because the Saints have been to the rodeo with Jenkins before and passed on the results but because he’s become one of the most divisive and overpoliticizing players in the entire NFL.

For the kind of money Malcolm Jenkins is getting paid, it isn’t too much to ask that he spends his time focusing on football and not repeatedly trashing his team’s most visible and important player in that player’s final season. Everybody else on the team seems to get it, but not Jenkins.

Somehow the Saints’ front office thinks this is “leadership.”

So in Jenkins’ mind Drew Brees is worthy of being trashed and Colin Kaepernick ought to be “assigned” to a team. This despite the fact the NFL already paid Kaepernick go-away money, and Kaepernick has made a clownshow of his attempts to get back into the NFL. He’s already turned down more than one offer of a contract and could easily have opted to put his skills on display in the CFL or the ill-fated AAF while waiting for another NFL opportunity. Kaepernick’s last year as an NFL quarterback saw his team finish with a 2-14 record; the 49ers just made the Super Bowl this past year without him.

Here are a few questions from Jenkins’ latest rant.

Which team should get the pleasure of Kaepernick’s company, Malcolm? Does the team get a say in the matter? Does the team have to use a roster spot or salary cap space to carry him? Does Kaepernick have to show up to camp in shape? Is he guaranteed playing time?

And are the fans of the team he’s assigned to obligated to buy tickets and attend the games? Do they have to buy merchandise? Beer at the concession stand?

What’s the price for the white guilt on the part of the owners, Malcolm? And what are you offering in return?

What are you offering in return? Clearly not absolution for the sins of our fathers. You wouldn’t even offer that to Brees after he apologized.

And clearly not a Super Bowl ring. Brees showed what he’s willing to do for that. You’ve showed the opposite.

Malcolm Jenkins isn’t a leader. He’s a cancer. And from where we’re standing it’s fairly clear the Saints’ front office has poisoned Brees’ final season by injecting Jenkins back into that locker room.