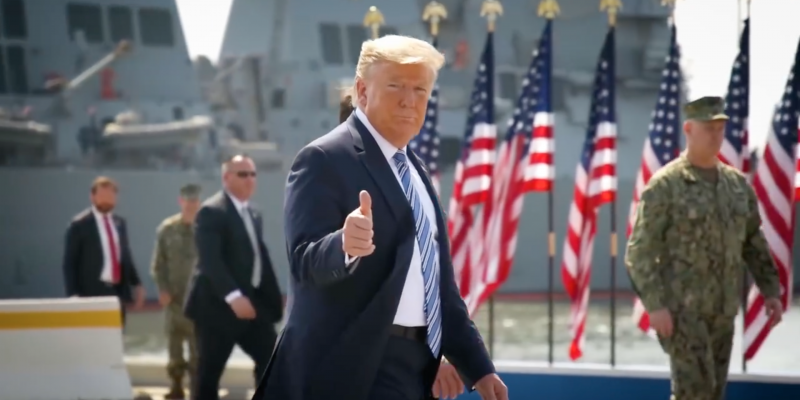 Donald J. Trump for President, Inc. has released two new 30-second campaign ads ahead of the 2020 presidential election in November.

One seizes upon the best-ever jobs numbers for May as the U.S. comes out of the covid-19 pandemic and begins to recover from the economic consequences of lockdown measures.

The ad begins by saying, “The great American comeback has just begun! A record 2.5 million jobs in May and we’re just getting started.”

It explains, “Before the pandemic, President Trump made our economy the envy of the world. Now he’s doing it again!”

The ad outlines the Trump administration’s efforts on the economic front, an area which continues to serve as President Trump’s strongest case for re-election. It reminds voters that the Trump administration has been focused on bringing jobs and factories back to the United States, and providing direct cash assistance to families.

Watch “The Great American Comeback” for yourself:

The other 30-second spot is a blistering criticism of Joe Biden’s record on the economy and China. It begins with the words, “In 2000 Joe Biden voted to give China most favored nation status.”

The ad shows footage of abandoned and dilapidated factories before claiming that “By 2016, 5 million manufacturing jobs vanished.”

“And Biden still doesn’t get it,” the video claims before playing a clip from 2019 in which Joe Biden says, “China is not our problem.”

The ad concludes, “Joe Biden is our problem. Dangerous. Foolish. 40 years in Washington.”

Watch “So Wrong for So Long” for yourself: