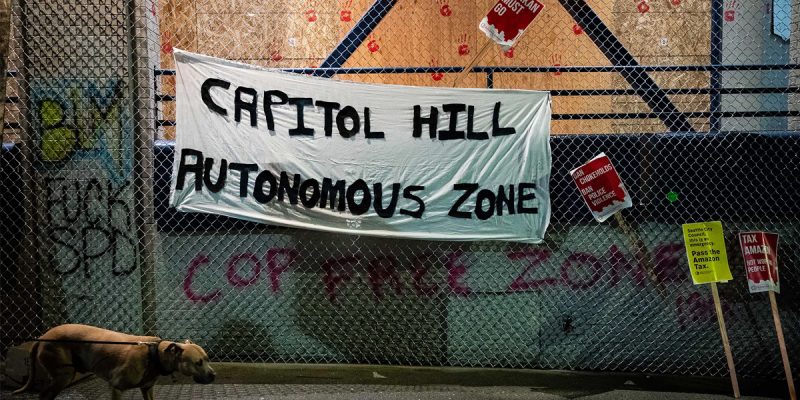 Here is a little history about Seattle and the infiltration of the Communist Party there and other places in the United States.

When I was in the FBI, I was assigned to the Tacoma RA, which is a branch office of the Seattle Division. The Puget Sound region had over 100 defense contractors, the largest of which was Boeing. One of my first briefings was about how the Soviet Union and its bloc countries were trying to infiltrate a defense contractor, whose name I can’t mention, who developed the guidance system for the first iteration of the cruise missile. Since nearly all of the defense contractors were union shops, we had be on alert for infiltration, because of Seattle’s long storied history with Communist-run union shops in the Puget Sound Region. In Seattle and elsewhere, they were known as the “Wobblies,” which is a nickname for a union calling itself the International Workers of the World, and the Soviets knew of their historic predilections as well.

I spent a day in our record room reading old FBI reports on the Wobblies and how former FBI agents, dating back to WWII and beyond, dealt with them. Even in 1986, Seattle had a strong left leaning towards Communism (in some parts) and that posed a threat to the United States and the defense industry.

Being from from New Orleans, my only contact with communists was at the Communist Book Store on South Carrollton Avenue in the 1970’s. That’s it. But suddenly, I found myself emerged in the real world of communism and how they infiltrate our companies. And Seattle was target one, for them. Sadly, it appears it still is.

In the past few days, ANTIFA, a communist organization has cordoned off a section of the Capitol Hill region of the Seattle. And as we all know, Seattle has gone so far left in recent years, I probably would not recognize it anymore.

My point is simple. The United States is under attack, at least its political structures and cities are. Some states are leaning left, like the Leaning Tower of Pisa. Real Americans must be aware of this threat every day. While we have the First Amendment in the United States (except in Louisiana–a story for another day), this opens the channels for these radical groups to feast upon weak minds and troubled souls looking for something to belong to and fight for.

I pray today’s FBI, with all its warts, and other law enforcement agencies are vigilant enough to stop any further communist infiltration in our cities, like which is happening in Seattle today.

For a history on the Wobblies see here.