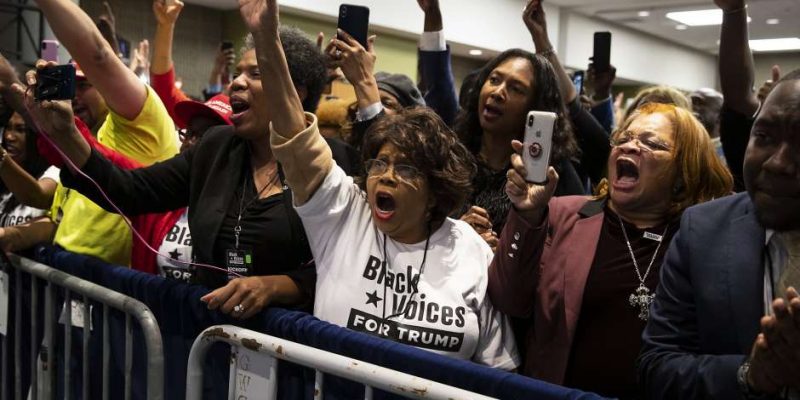 The dialogue on race relations has taken center-stage in the presidential election so I thought it would be prudent to compare the two candidates’ records on the issue of civil rights.

As we learned during the Democrat primary process, Joe Biden was a staunch opponent of busing and desegregation.

In fact, the worst debate moment for Biden came when Sen. Kamala Harris, who is now ironically considered to be the top “VP” prospect, delivered a devastating rebuke of his legacy saying,

“It’s personal and was hurtful to hear you talk about two United States senators who built their reputation and career on segregation of race in this country.”

It was her one brilliant moment during her failed presidential run. Harris made the issue deeply personal by telling the audience that she was one of the “little girls” who were among the second class to integrate her public school saying that “she was bused to school every day and that little girl was me.”

Like the twist of a dagger, she looked Biden in the eye and asked, “Do you agree today that you were wrong to oppose busing in America?” Biden did his best to deflect the onslaught.

There are also several quotes that continue to haunt the presidential hopeful including one in which he expresses his fear of his children “growing up in a jungle, a racial jungle.”

Now, let’s take a look at Donald Trump’s record on race relations. Obviously, there is no voting record to look at but there are some indicators from his past and many more from the actions taken during his first term in office.

There are two stories that immediately come to mind which come from two people who personally witnessed the compassion and generosity of Donald Trump long before he became president.

The first was from a black woman who published her recording explaining that she was homeless before she took shelter in a vacant hotel room in Trump Tower. Once discovered by hotel staff, she expected to be evicted immediately. But that’s not what happened.

In a stunning demonstration of generosity, Donald Trump allowed her to stay rent-free indefinitely and even had room service delivered daily. “Donald Trump is not a racist,” she told the camera.

The other story comes from a familiar name, Judge Joe Brown, who had a television courtroom show. During a radio interview, he tells the story of how a group of black entrepreneurs were seeking a loan for their business. Brown says someone told them to talk to Donald Trump so they did. He loaned them the money and, shockingly, tore up the “IOU.”

Only a fool would believe these are the only instances of Donald Trump’s compassion and generosity toward those in need, regardless of their skin color.

It wasn’t until he ran for president that the mainstream media’s “fangs” came out and Trump was labeled as a “racist” by his opposition.

His actions speak louder than their words so allow me to provide you with a list of some of his biggest accomplishments for the black community:

President Trump said it himself in the way only he can Monday tweeting,

“I’ve done more in less than 4 years than Biden’s done in more than 40 years, including for Black America. Biden has been a part of every failed decision for decades. Bad Trade Deals, Endless Wars, you name it, he has shown a complete lack of leadership. He’s weak & shot!!!”