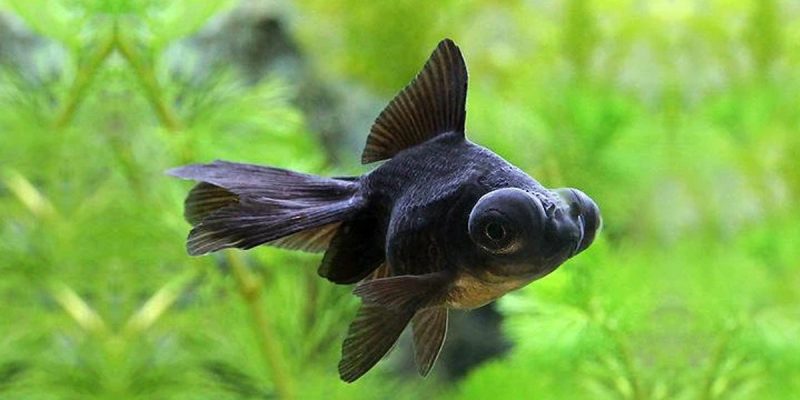 In the mad hectic world in which we live many times we miss the grandeur of nature. Sitting in my living room on a rainy Sunday I have day dreamed a bit too much and have hit upon a concept about my own small piece of nature.

In my backyard is a small water garden. A few years ago, I put about twenty brightly colored goldfish in it to control mosquitoes. These guys were prolific breeders and every Spring I would have a fresh crop of baby fish.

Many times, when looking out of my window, I would see a heron or an egret stalking my pond to catch a goldfish for dinner. I would always run out to shoo them away, but the birds were fast and sneaky, and they got away with a lot of tasty fish.

OK, here is my epiphany. The goldfish that I put in that pond were all bright orange, but occasionally, the babies would be mixed color, orange, silver, and black. Slowly, over the years, the ones who survived the bird blitz were more and more majority black, a color that allowed them to hide in the dark waters under the lilies and not be seen by the birds.

Today, the pond is full of fish, but they are all solid black. The birds still come but they do not seem to be enjoying the fish buffet as much as they once did.

I do not know much about genetics or biology, but it sure appears as if, to protect the species, nature has emphasized that black trait. Perhaps mine was an “ah ha” moment like what must have happened to Darwin when he hit on his survival of the fittest theory, who knows.

But I do know this, we are but one of millions of God’s creatures and, just as the fish responded to the pressure on the survival of their species’ caused by hungry birds, we respond to stresses and forces that apply to our species.

Perhaps in this regard the main difference between us and fish is that we have two ways of reacting to stress. In the long term, just as the fish did, our species has mutated into different forms in response to different factors. Our complexions are white, black, yellow, and so forth because after leaving Africa and over countless generations, we mutated to fit our niches.

But when under stress in the short-term, unlike the fish that can only react to stress over countless generations, in order to protect ourselves and our species, we can use our brain to proactively respond to stress in a real time manner. An example of that is how we applied our brain to a problem that affects the longevity of our species, the weather. In one aspect, we learned to use radar to give us early warning to avoid devastating tornadoes. A short-term fix to a dangerous problem that a fish could never work out.

I suppose that over the millennia our species prospered because we developed two means of defense against dangerous conditions that threatened us. Over time humans transformed to provide mechanisms for long term mutation like all other species but also for short-term intelligent responses to those real time problems. Nature is sure cool.

Anyway, enough of my “ah ha” moment, I hope that Darwin would have been proud of me! Now back to the rain.

Interested in more national news? We've got you covered! See More National News
Previous Article ALEXANDER: Reflections On The Cancel Culture
Next Article CROUERE: Law And Order Is What Will Win The 2020 Election