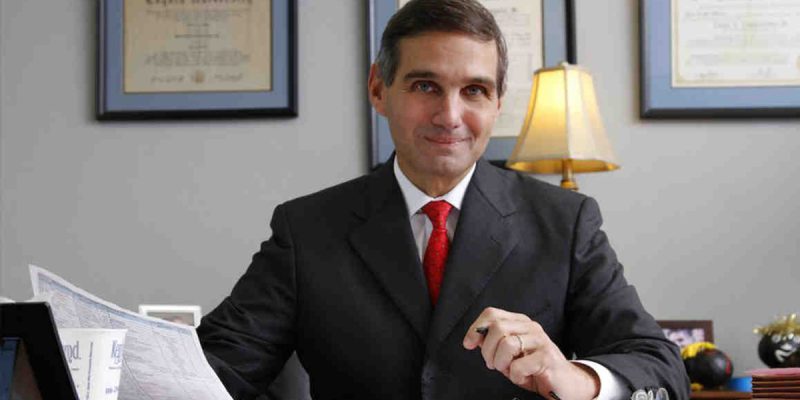 The Advocate ran Stephanie Grace’s obituary editorial to retiring NOLA DA Leon Cannizzaro’s departure from political life earlier this week. It could have been written in the Twilight Zone.

Let us remember the unspoken context of this piece. Our large cities, run by liberal Democrats who somehow have twisted logic so that criminals are the victims and law enforcement is the evil, are paying for their folly with sharp surges in violent crime. And for the most part it is violent crime the victims of which are, yep you guessed it, minorities and poor people that occupy the core of those cities. The very people that Democrats claim to represent are being hurt the worst by their policies.

“Cannizzaro was always an old-school law-and-order type,” Grace writes. “Increasingly, that put him out of step, at a time when many in the city and across the country were rethinking whether tough-on-crime policies aimed at protecting people had exacerbated inequities and irreparably damaged communities.”

Crime is a function of free will. No one makes some one kill, or rob, or assault someone else. Yet, enforcing the law, the fundamental underpinning of our free society, has been contorted into the in-vogue belief that law and order has “exacerbated inequities and irreparably damaged communities”. I suppose that to the liberal mind the loss of a murdered love one does not irreparably damage communities, or the ever present threat of being robbed or assaulted that keeps business people from opening stores in crime ridden areas doesn’t “exacerbate inequities”. So, to the liberal mind, a guy who has sought to tame crime and violence, especially against poor and defenseless people, through the American way, the law, is now out of step and must be cancelled. Of course, no thought is expressed that during his years he was as a voice in the wilderness of reason, getting no support from mayors or council members. Actually, his terms were marked by the contrary.

“The thinking behind these policies, I’m sure, is that by being tough on crime, Cannizzaro was protecting the communities that tend to suffer the most from it. But the modern criminal justice reform movement recognizes different forms of suffering at the hands of law enforcement, and modern prosecutors must find a fair, just and nuanced balance.”

“Different forms of suffering from law enforcement”? No doubt this is a subtle kneel to the same Black Lives Matter crowd who has made an anti-Trump political issue that being tough on crime is akin to institutional racism.

But the facts do not bear any of that out. Let us look at New York City. Before Republican Rudy Guiliani became mayor, New York was torn by crime and the City was desperate for help. Guiliani became mayor, instituted his Broken Windows tough on crime program, and low and behold crime, especially black on black murder, dropped dramatically. For many years thereafter New York was the model of peace and low crime, but now all of that has been dashed by implementation of the “modern criminal justice reform movement” that the current Democratic mayor espouses. The same tragedy of newly imposed liberal criminal justice practices followed by sharply spiking violence and economic decline is being demonstrated in so many cities run by Democratic mayors and councils.

The number one goal of any government must be public safety. Close behind and linked is economic security. The idea being subtly applauded in the Advocate editorial, treating criminals as victims and law enforcement as evil or racist and making Cannizarro style law enforcement out as the root of social ills is contrary to not only history, but also to common sense. Any idea that, just because people are poor, job opportunities are scarce, and somehow it is their social duty, business will feel compelled to be present in crime ridden areas is absolute folly. If people want safe cities, then the people must be tough on crime. The people must not fall for the criminal as victim, the criminal justice system as the problem, the vast conspiracy by law enforcement to hold them down rhetoric that has become the mantra of the modern Democratic Party.

No, Cannizzaro was not perfect, but he had a good heart and he used that to apply the best time proven system to create peace and prosperity within a community known to man, the American criminal justice system. His efforts were not to hold back anyone, they were to create an environment in which all people, but especially poor and minority people the overwhelming majority of whom just want safe neighborhoods, a safe environment in which to raise their families and to build a prosperous life. His fatal flaw was not his tough on crime efforts, it was his inability to make people see that the liberalization of criminal justice system being proposed by his successors will have the exact opposite effect.

Based upon actual events occurring in so many liberal cities, it is clear that once that same liberal mindset takes control in NOLA, we will see spiraling violence and ever deeper poverty as business flees to the safer suburbs, or worse for all of us, to other safer cities.

Only when the people in the affected circumstances have had enough of the pandering of liberal politicians and the people finally decide that they don’t have to accept crime, will we see leadership that understands that crime is indeed a matter of free will and must be treated so.