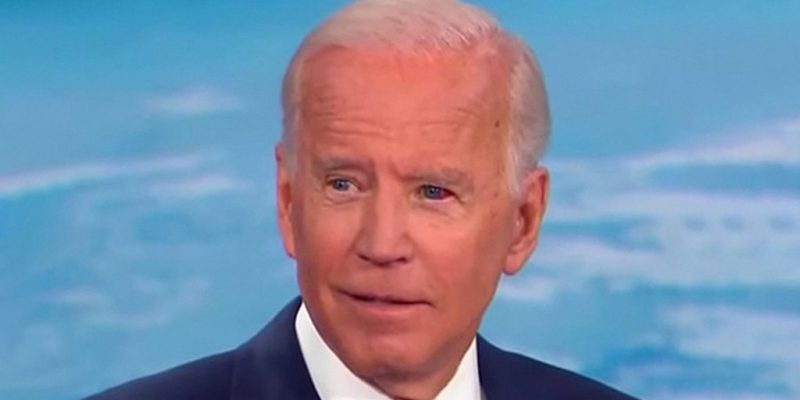 I would like to follow up, if I may, on Senator Conrad Appel’s excellent article at The Hayride earlier this week – “What Happens If Trump Loses in November?” The coming election between the President and former veep Joe Biden is still a ways off, but one cannot be heard too early on so important an event.

What happens if Trump loses is the question of the year, really. Considering the manifold crises which we presently face and the sorely diminished consensus which has heretofore bound our nation together, perhaps this election will one day be seen as THE geopolitical issue of the early 21st Century. And whether you love or hate Donald Trump, you cannot make a rational decision as to which candidate you will support until you have evaluated both candidates and the parties from whence they came.

Nearly four years into his first term as President, Donald Trump at this point is a known quantity. So precisely as Senator Appel has suggested, let us spend the balance of this read on former Vice President Joe Biden.

You remember Joe during the Obama years, don’t you? Even amidst the slow economic growth, the lowest ever labor participation rate in the workforce, and the politicization of vast swathes of our government, Joe still managed to stand out.

Remember the embarrassing gaffes? (Don’t worry if you missed any of them because he makes new ones almost daily.) The strange manner he affects towards women? (I hesitate to use the word “creepy,” but I don’t hesitate for long.) Remember the influence peddling, like the Ukrainian and Chinese deals for his drug-addicted son, Hunter Biden, which are just the tip of the iceberg? Remember the bad advice on Osama Bin Laden (leave him alone), and China (no threat to us). What about his recently uncovered involvement in the unwarranted investigation of General Flynn for a crime the general never committed?

Perhaps some day someone will write a five-hundred page book or film a twelve-part expose about this empty suit who has been wandering through the halls of our nation’s Capitol since 1972. Space and time do not permit that luxury for this writer, and in any event much of this sorry story remains undiscovered, or shall I say, covered up.

But what about the future? What are his plans for running the country if he’s elected? Well, he’s actually been very clear about a few things, at least:

First, what would Joe Biden do about the nation’s economy? Without any regard for the best interests of the nation (frankly just for the sake of placating the far left loons in the Democrat Party), he’ll undo everything the President and the Congress did to give us the best economy we’ve had in recent history. I’m not giving you my Republican take on what I think he would do, this is what he himself said he would do!

Taking the man at his word, the very best that you could expect would be that a Joe Biden presidency would just about halve the rate of growth of the economy. That is, assuming the economy didn’t simply collapse outright as it tried to recover from the repeated blows of the pandemic while taxes and regulatory burdens were greatly increased. No reputable economist supports a tax increase in a struggling economy, but social-progressive orthodoxy would require it just to show you who’s now in charge. Too bad for you, especially if you are black or Hispanic, or a struggling businessman trying to save a business. The economic implications for the country are beyond catastrophic…

Second, what would Joe Biden do with the nation’s law courts? At least two United States Supreme Court Justices have recently spoken publicly or privately about retiring soon, and he would likely appoint a hundred or more other federal judges. He has left us in no doubt that he would choose activists from the far left wing of the bar and the judiciary, people for whom the Second Amendment right to bear arms is a dangerous relic from the past. First, semi-automatic military style weapons would be banned, then pistols of all types, but the ultimate aim would be to functionally disarm all law-abiding Americans.

Late term abortion and likely even worse would be assured for decades to come. And the social activist mob? Forget any restrictions on the descent into lawlessness which our society is now experiencing. Defund the police? Why bother when they will be so intimidated by personal liability and exposure to criminal prosecution as to cease functioning for all practical purposes? If you believe Joe Biden’s protestations that this will not happen, then look at the people who are supporting him.

Third, how would Joe Biden defend the country against the social progressives, Marxists, and Anarchists who are even now intensifying their attacks on its very foundations? Does he have the moral fortitude, or even the will, to tell the social justice mob to back off from the daily intimidation, violence, and property destruction, or face the consequences? Does he now actually believe that the country is evil to the core, corrupted forevermore by the original sin of slavery, or is he just that empty suit who follows the political winds of the day?

You be the judge, but I will note that whereas most major party nominees have moved strongly to the political center after they gained the nomination, this has certainly not happened with Joe Biden. Quite the reverse- in the very midst of this ongoing chaos, he continues to move to the left, even now heralding his alliance with Socialist Senator Bernie Sanders. If you are a member of the left wing of the Democrat Party, then I believe you have your man, but for the rest of us…

It’s time to step up and make a decision. As I said, you may love or hate Donald Trump; that is not the real question before us. But if you love your country and fear for its future, as well as for your own, I submit that your path forward is clear.

My thanks to Senator Conrad Appel for so capably defining the momentous issue before us.