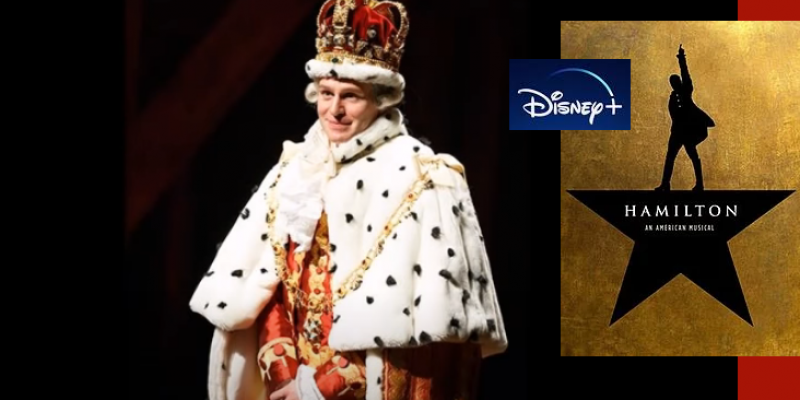 Though theaters across the nation are shuttered while waiting out COVID-19 responses, the Broadway smash “Hamilton” finds itself in yet another wave of success.

Released in streaming form over the weekend, Disney is reporting a 72% jump in app downloads as compared to normal weekends for its Disney+ platform (though viewership stats are not being released).

At the time of the filming, a scalped ticket for the Tony-sweeping play could cost around $700. Seats were sold out for months, as the play almost instantaneously became the hot ticket in Manhattan, as well as wherever it toured.

The cast and crew, predictably liberal as the lion’s share of actors are, took several opportunities to ream the incoming Trump Administration, including an in-person lecturing (and hectoring) or Vice President Mike Pence when he attended. Pence shook it off, as apparently have conservative audiences in general.

Conservative media, including The Hayride, were kind to “Hamilton” as general audiences tended to be, hailing its loving tribute to the rebellion of American colonies and its nascent leadership struggles as a reasonably accurate, Hip-Hop flavored take on the Founding Fathers.

The Hayride’s Stephen Waguespack noted a few lessons that can be learned from the musical regarding the deal-making and compromises that led up to the framing of the U.S. Constitution and the important federal decisions to follow:

In short, it lived up to the hype. The music and direction were great … the casting was on point … and the story was 100 percent American.

For those who don’t know the premise, the musical details the life of Alexander Hamilton, one of our nation’s early thinkers/writers/leaders/patriots. In it, his relationship with fellow founding fathers such as George Washington, Thomas Jefferson and John Adams is well-chronicled and the clear takeaway is that these guys disagreed and argued just as much as they found common ground on the important issues of the day. While they were laser-focused on building and sustaining a new nation built on the principles of life, liberty and the pursuit of happiness … they all had drastically different ideas on how best to get it done.

That’s the piece of the plot that jumped out to me as being especially relevant to today’s political climate.

Since the beginning, disagreement amongst those who lead us has been just as much of a constant as America’s long list over the years of great decisions, agreements and compromises. “Hamilton” entertainingly hammers this point home and literally celebrates the fact that these differences were substantive and hotly debated with respectable men and women on both sides of the argument.

Word has it the popularity of the musical almost immediately led to an abandonment of Obama Administration plans to replace Hamilton on the $10 bill (shifting focus to replacing Andrew Jackson with Harriet Tubman on the $20). The play made tri-corner hats and Revolutionary War sentiment popular among the hoi polloi and the cultured left.

“Founders chic,” however, has recently come under fire for portraying as heroes the subjects of a recent spate of statue-toppling. Ever-liberal Vox called the play “fanfic” (short for fan-generated fiction): “The entire point of ‘Hamilton’ is that the real Alexander Hamilton was a man for the 1 percent, not the 99 percent. The act of presenting Hamilton as a man for the people allows Miranda — and, by extension, the audience — to feel as though they are actively shaping the future by making the past all about themselves. […] Fans of ‘Hamilton’ don’t flock to the musical because of the way it transforms the Founding Fathers. They flock to ‘Hamilton’ because of everything the Founding Fathers never were.”

In stark contrast, David Marcus of the conservative blog The Federalist points out that a lack of blow-back from the right and the left is a miraculous feat.

According to Mike Bayham, another Hayride contributor weighing in on “Hamilton,” the only brush with discrimination might have been against Caucasians, though unarguably that was by design.

The issue was how the producers of “Hamilton” went about ensuring diversity, issuing a casting notice seeking “NON-WHITE men and women ages 20s – 30s for Broadway and upcoming tours!”

The primary cast of “Hamilton” has been hailed as diverse, though that is a charitable description.  The lead role is played by a Puerto Rican and almost all of the other speaking roles were played by blacks.  Hamilton’s wife in the original cast was played by an Asian.

The only two characters with speaking roles featuring white actors are that of King George III and loyalist preacher Samuel Seabury.  And as you can imagine, neither are portrayed favorably.

This writer saw an irony considering the recent furor of minstrel shows that formed the basis for Aunt Jemima as a brand and arguably led to famous tunes such as “The Eyes of Texas.” In “Hamilton,” we have a modern-day minstrel performance in the form of King George, played memorably (and in appropriately snide fashion) by Jonathan Groff. While the Colonists were hip enough to crank out street lyrics and engage in rap battle-style cabinet meeting debates over complicated political topics (a master-stroke for Miranda, by the way) King George was rather — well, white in his musical tastes and performances. Only he wore the powdered wig common of his day. Only he was the comic relief, reminiscent of an “In Living Color” send-up. Only he and fellow loyalists (in bit parts) were white.

Draw from that what you may. But even that casting choice exemplifies the then-growing cultural divide between the Colonies and their English motherland. Groff’s George admonished his former subjects that it takes respect and nuanced leadership to keep a colony safe from external invasions and internal insurrections. With that, George adopts a flippantly dismissive tone in the number “You’ll Be Back,” as if the monarch has bigger fish to fry and the Colonists would soon come begging for reconciliation with the Crown, anyway.

Despite any flaws (of which the actual Hamilton had several), conservative audiences are still responding well to “Hamilton.” And now they’re responding better than liberal critics who assert the 2015 play is not “woke enough” by oh-so-advanced 2020 standards.

We can expect “Hamilton” to keep pulling in a king’s ransom, even as statues of the Founders continue to be vandalized.