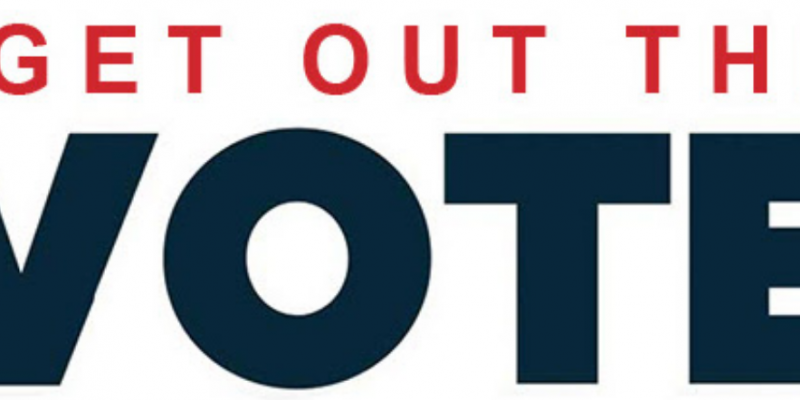 There’s a meme going around on Facebook that points out several prominent Democrat politicians (like Biden, Pelosi, Schumer, Feinstein, and Waters) who have been politicians for  40 – 60 years blaming President Trump for not solving the problems they’ve created in his three years of office.

I find that amusing, and thanks to Louisiana’s legislative term limits that can’t happen here at the state level.  It can still happen at the parish level, however, and we need to make sure that it doesn’t.  There’s an election coming up on July 11th (early voting began June 20th and runs through the Fourth of July, excluding Sundays).

For most people the biggest decision on this ballot is who you want to your party’s nominee to be.  Since President Trump and Joe Biden have already won their nominations, most people see this election as boring or even a bit pointless.

There’s nothing else on the ballot, right?  Wrong.  This election also includes elections for each party’s executive committees.  Full disclosure: I’m running for an At-large seat on the Jefferson Parish Republican Executive Committee, and I’d certainly appreciate the vote of any Republican that lives in Jefferson Parish.

As a candidate and a voter, I’ve tried researching the other candidates.  This is something an informed voter should do, but to be honest, I haven’t always done my homework on whose running on the “down ballot” races.  Turns out, people have been on the JPREC for quite a while.  The same holds true for the Orleans Parish Republican Executive Committee, and I’m sure it hold true for most parish executive committees.

This isn’t surprising, as there are no term limits on any of the parish executive committees.  Nor is it necessarily a bad thing, as many politicians have served multiple terms in positions that aren’t term limited.  Even though I am generally for term limits, I am quite happy to keep electing strong conservatives like Steve Scalise, Mike Strain, and many others.

Nonetheless, I can’t help but wondering if some of the parish executive committees have the Republican equivalent of Joe Biden, Nancy Pelosi, or Diane Feinstein.  To clarify, I’m talking about what used to be the so-called “Country Club Republican” or the “Republican In Name Only” aka RINO.

I want to make crystal clear that I am not calling out any particular long serving candidate (or candidates).  I only recently threw my hat into the political arena when I noticed my incumbent Republican state representative never met a tax she didn’t like.  As a result, I really didn’t have a firm grasp on who’s who in the Jefferson Parish Republican Committee.  I’m guessing that many people who are reading this aren’t very familiar with the candidates for their parish executive committees, either.

I’m pretty easy to figure out.  You can read any of my other articles here on The Hayride.    You can visit my election page at www.bigjohnmason.com or listen to my radio show on WGSO radio (or visit https://www.facebook.com/The-John-Mason-Show-100675931655957/ to watch live or watch past episodes).  I’m an honest-to-God conservative, and there are a some Republicans that aren’t.  If you like what I believe, then I hope you’ll vote for me and, this is the important part, vote for others that believe the same things and espouse the same principles.

We have a tendency to just vote for the incumbent.  After all he or she was elected before, they must be conservative, right?  Right?  That’s the problem, do you really know if they’re conservative?

But I’m making a big fuss over a position that really isn’t that big of a deal, right?  It turns out that I’m not the only one that realizes that some change is in order on the JPREC.  Seventeen people are running for the ten at-large positions, and there are forty-one candidates for the district seats!  This is a larger turnout than in past elections, but I have been unable to verify my suspicion that this is the largest field ever for the JPREC.  Several other parishes, like Lafayette, have large candidate pools and hotly contested races as well.

That’s not the only sign that people care about this race.  There are candidates that are spending quite a bit of money on this election.  There are multiple first-timers that have mailed out full color campaign information cards.  Others have had giant banners and yard signs plastered throughout their district, while still others have had t-shirts and even insulated travel mugs printed, all for an unpaid Republican-only committee position.  Even I have realized that I probably need to start accepting donations through my website.

The fact is that new candidates who are passionate and conservative isn’t merely a good thing, it’s a great thing – it’s the future of our party and our state.  Likewise new candidates who aren’t true conservatives (i.e. RINOs) and are just looking to get an elected position to gain name recognition, and clog up the parish executive committees for the next couple of decades isn’t a good thing for the future of our party or our state.

As always, the true power lies with each individual voter, and that can be you.  Find the real conservatives and put them to work.  If you’re happy with sending incumbents back again and again, or you like what you see from the national media, then the status quo is fine, and you can skip this boring little election on July 11th.