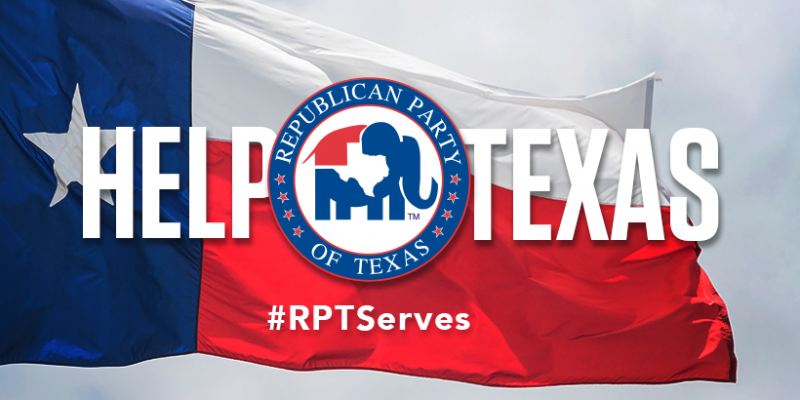 A former chairman of the Republican Party of Texas, a delegate and several others have sued the Democratic mayor of Houston, Sylvester Turner, and the city for cancelling the state GOP 2020 Convention. (See previous coverage here)

On Wednesday, Turner asked Houston First Corporation, which leases and operates the George R. Brown Convention Center in Houston, to cancel the Republican Party of Texas (RPT) Convention scheduled to be held there on July 16-18.

“At 3pm, Houston First sent a letter to the GOP that they are canceling the event,” Turner tweeted Wednesday.

After Turner’s tweet, RPT Chairman James Dickey said “Mayor Turner is saying Houston does not want business. He does not want Houston to get back to work. He is not able to move forward and rise to these new challenges.”

After Turner’s announcement, RPT delegate and secretary Josh Flynn, former chairman of the RPT Cathie Adams, and Dr. Steven Hotze, Rick Hotze, and Greg Blume sued Turner and the city of Houston in Harris County District Court. They argue the cancellation of the convention is political and is a “severe limitation of plaintiffs’ political speech.”

They are represented by Jared Woodfill, CEO of Houston-based Woodfill Law Firm.

Prior to the contract’s cancellation, Turner held news conferences and contacted the RPT, attempting to compel its leaders to cancel the convention. The State Republican Executive Committee, a 64-member body serving as the governing board of the RPT, voted overwhelmingly (40-20) to proceed in-person.

Turner sent a letter Tuesday to the RPT’s leaders, requesting that they cancel the in-person component of the convention and instead “hold a virtual convention.” Attached to the letter was a “Requirements” document compiled by the Houston Health Department, which at times “contradicts itself by identifying points as ‘recommendations’” and later, as “requirements,” the suit alleges.

“The Requirements List was not only mischaracterized and deceitfully passed off as law, it also sought to impose an excessively strict, haphazardly assembled list of bulleted ‘requirements’ that spanned five, single-spaced pages,” the complaint states.

Demands included enforcing Gov. Greg Abbott’s executive order requiring the use of face coverings and removing those who do not comply, limiting attendance and seating capacity, maintaining a contact list of all convention attendees including name, home, address, home or cell phone, and email address – and sharing this information with local public health officials – and having a plan in place to isolate and safely transport anyone who is sick.

“Attendees who develop symptoms or test positive for COV-19 during the convention or in the two weeks following the convention must notify convention organizers who will then coordinate with local public health in Houston and in the attendee’s local jurisdiction,” according to the document from the mayor’s office, and “be advised to quarantine for 14 days and self-monitor for symptoms and follow CDC guidance if symptoms develop.”

“In effect, Mayor Turner posed his rival political party with an ultimatum – cancel the in-person convention or submit to drastic and unwarranted oversight from the City of Houston, including mandatory, detailed recordation of the Republican attendees and the removal of non-compliant attendees,” the plaintiffs claim.

On June 2, during a march to protest the death of George Floyd, protestors were not following such requirements and their number was so large that the city of Houston had to shut down roads and municipal buildings to accommodate them.

The convention is currently scheduled to take place virtually July 16 through 18, with committees beginning their meetings on Monday, July 13. One change to the convention now involves elected officials giving speeches by video instead of in person.