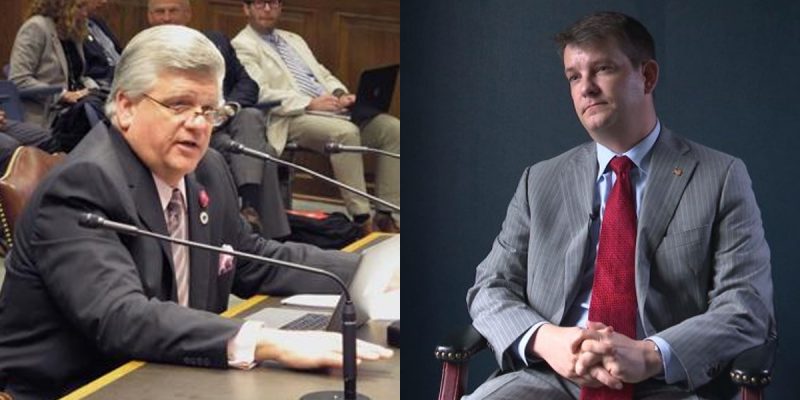 It looks like all but one of the federal election contests in Louisiana will turn out to be electoral yawners, although with more drama spread around.

There’ll be no drama, but déjà vu, in the First Congressional District, where Republican Rep. Steve Scalise will meet two retreads, and win just as decisively as always. Second CD Democrat Rep. Cedric Richmond also drew a retread and also several newcomers among them two Republicans challenging him for the first time in eight years, but he’ll still win easily.

Third CD Republican Rep. Clay Higgins also doesn’t look to encounter much trouble. Democrats didn’t want to let the outspoken disruptor go without more than token opposition so enter pastor and nonprofit manager Braylon Harris, who has a slick web presence but little in the way of resources. Still, if any congressional incumbent gets held below 60 percent, it likely would be in this race given Higgins’ bombastic style that might turn off some voters and the presence of two other minor candidates in the contest.

In CD 4, Republican Rep. Mike Johnson has drawn two unknowns and a retread, Democrat true believer Ryan Trundle, who’s all in on marijuana legalization and refuses to take political action committee money. You can see where this one will go.

CD 5 will have the only real action in the state, to replace outgoing GOP Rep. Ralph Abraham. Nine candidates have hit the barricades, but by the campaign fundraising numbers only three Republicans have a chance for the inevitable runoff – which will not feature a Democrat as four such minor candidates will split that vote – state Rep. Lance Harris, Abraham former chief of staff Luke Letlow, and Ouachita Parish Police Juror Scotty Robinson.

Harris has the best name recognition, not the least of which comes from having served as the GOP leader in the House, although in the smaller part of the district around Alexandria, plus some ability to fund himself. Letlow has connections through Abraham and in constituent service which have garnered already over half a million dollars, and he ran Abraham’s first successful campaign. This makes them likely the runoff candidates, with anybody’s guess as to who wins.

Things revert back to form in District 6. There, Republican Rep. Garret Graves will face a Libertarian, Democrat, and no party challenger. Democrat Dartanyon Williams will make a go of it, on the heels of a self-published memoir that tells how he reformed himself from an identity thief who stole millions (although at the time it came out he said he would run for the Senate, not the House). He would have needed every penny of his ill-gotten gains to be competitive against Graves.

Finally, while Louisiana’s left would love to hope Democrat Shreveport Mayor Adrian Perkins has a chance against incumbent Republican Sen. Bill Cassidy (listen to some of the swooning here, starting about 30 minutes in), any such defeat would require bizarre circumstances. Democrats have long tried a strategy of running military veterans for Congress to obscure their ideology painting America as an institutionally racist, sexist, and classist society and reflected in governance, with mixed results. That veteran Democrat Gov. John Bel Edwards squeezed his way to two terms merely encouraged the delusion among Louisiana Democrats that military service displaces issue preferences in the minds of a sufficient mass of voters.

But with the many mistakes Perkins has made in his short time in office, he’s just too flawed of a candidate to fool enough of the state’s center-right electorate – and another slipup may emerge in the light of day to compound that. As Perkins basked in the glory of announcing his Senate run last week, Shreveport Auditor Leanis Steward – who busted Perkins earlier this year on misusing his car allowance and last year on his actions that underinsured the city at a dramatically higher cost – indicated she sought any existing police records on traffic stops of Perkins that rumor has he should have been run in for by reason of impaired driving.

All of this will put a light lid on his electoral ceiling. Cassidy actually may end up below 55 percent when all the counting ends, but that won’t be as a consequence of Perkins but from having 14 challengers (a few being perennial candidates including Democrat Derrick Edwards, who rode an absence of opposition and everything going possibly right to pull 44 percent of the vote in the treasurer special election of 2017, and now so predictably runs for everything in sight  that he has a toll-free number for his campaign). Even though Perkins won’t go much past 40 points if even reaching that, at least Democrats will make Cassidy break a sweat to earn his next six years in office.