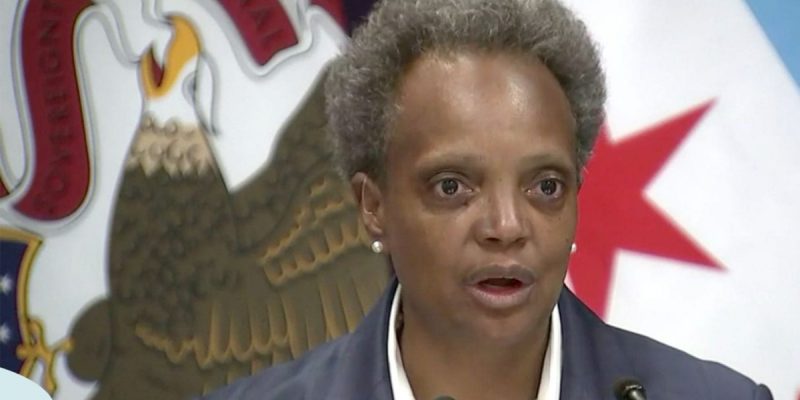 So, has it come to this? The headline read “Is it time for martial law in Chicago”?

The headline should have read, “Are the people of Chicago unable or unwilling to govern themselves?”

I do not know Illinois law, but if their fundamental law places cities in that state, to included Chicago, in the same posture as they are in Louisiana, then the people of Illinois must act. Here, New Orleans is a political subdivision of the state. It operates under a Home Rule Charter which basically says that the City can govern itself if it does not violate state law. And we must remember that criminal laws are state laws. Therefore, if as I suspect Chicago’s legal establishment is like that of New Orleans, it is up to the state to fix Chicago’s failure as a self-governing entity.

Chicago is nothing unusual. Long ago population shifts in major cities that are predominantly governed by Democrats created new political structures. These cities are generally economic successes, but, because of liberal policies and governance, end up with overwhelming voting majorities that support big government, high tax policies, policies that serve to drive more and more higher income people to low-tax, less-intrusive-government surrounding areas. The result is that wealthy, more conservative voters live in suburbs and commute to work. This arrangement perpetuates a voting bloc in the city that returns ever more liberal officials whose promise to city voters is to share the wealth from those who do not live there.

Further, these Blue City leaders have built their base on the well-worn concept that inner-city folks are the victims of undefined racism and unfairness. Hence these leaders refuse to strongly enforce laws, because to do so would justify that crime is a matter of free will and not a result of the image that perpetuates them in power, that of evil outside forces.

So today there is the confluence of rich, but sparsely populated city centers surrounded by poverty-stricken masses who have been convinced that their plight is of someone else’s doing. Inevitably crime spirals out of control and, to protect their position, city leaders blame society and loosen enforcement. Occasionally mass public violence and riots occur as the rule of law has become something not to be respected or feared.

One obvious solution to lawlessness would be martial law, but watching great cities under military control is not something that Americans would tolerate. No, the answer lies elsewhere. And that elsewhere may be the duty of the state to step in and replace the governing structure of any city in which it has failed. The governor of Illinois could, for an undefined but limited time, revoke Chicago’s self-rule capability and replace it with a body of Illinois citizens. This body should select a temporary leader that will operate the city as it should be operated according to state law. Finally, if possible, the City should declare bankruptcy so that it can evade the massive debt and contractual obligations that it has undertaken under Democratic rule.

Now, do I believe that my solution is realistic? Of course not, but it is as realistic as some in the media calling for martial law. There is now and always has been only one true solution to the breakdown of civil society in a city run by incompetent leaders. That solution is that the people of Chicago must step up and elect leaders who are not governed by the Democratic Party’s new uber-liberal agenda, but by the principles of a nation governed by law. Leaders whose obligations place public safety and the good of the people first.

Do such people exist? Well, not so far, but we can hope.