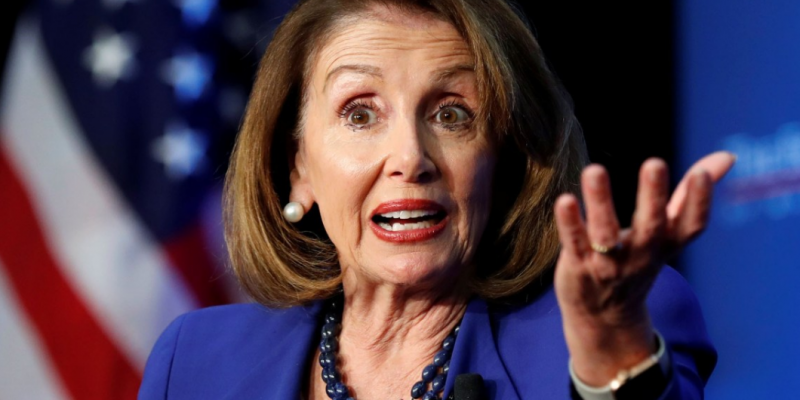 Does anyone believe that the US Postal Service is an efficient operation? Of course not, if it were you would not see UPS and FedEx carving away all the profitable delivery business from our once great Postal Service. For private businesses to make substantial profits from segments of business from which a taxpayer subsidized government agency cannot, makes no sense whatsoever.

To put it bluntly the United States Postal Service has hardening of the arteries. And due to ridiculous rules and regulations that liberal Congresses have saddled it with, along with crushing union contracts and pension fund obligations, short of substantial legislative reform there may be no way to redeem it.

I bet you thought I was going to delve into the current controversy about mail in voting. Well, let us just say that Speaker Pelosi’s response to the situation has triggered my thinking.

You see, adhering to her usual practice Speaker Pelosi, egged on by the vociferous encouragement of the postal workers union, is asking the American people to fork up billions to prop up a system that is so obviously in need of a major overhaul. And she is hiding the real goal of securing that massive monetary increase by creating a faux voting scandal. Her politicization of the real issue is just the latest example of the Democratic practice of fake outrage over shielding government no matter its success or failure. A practice that is buoyed by their ability to lavishly spend other people’s money to protect their favorites, such as the unions.

In the case of the Postal Service’s financial situation, Democrats are ignoring outcomes and are using the media to promote their phony voter suppression diversion to cow Republican Senators and Congressmen into increase spending. No linkage to performance, no linkage to reform, just pour in taxpayer money to keep the inefficient Postal Service afloat until the next time it runs short and they need a stamp price increase or another infusion of taxpayer money.

When he installed a reformer as Postmaster General and charged him with cutting costs through reforms, President Trump threw up a roadblock in the Democratic effort to help the unions. Because Trump’s reform practices might spread to other areas of government, Pelosi and her Party cannot allow him to succeed. If that were to occur, they would lose their power to reward their friends through control of increasing spending and that they could not tolerate. Worse, agencies might have to operate efficiently, and that would severely hurt their union allies. So, Speaker Pelosi has reacted as she always does by unleashing her willing media allies to accuse Trump of all sorts of mischief.

No, I am not writing about the politics of the election. I am writing about politics as usual, the incessant practice, just to protect the favored, of pouring our money into the bureaucratic swamp of inefficient agencies of government. President Trump was right to embark on reform. No, I have no doubt that his goal was not repressing the vote, it was clearly about saving taxpayers’ money through reform. And perhaps more, it was about recreating a once proud agency of government that has been burdened to the point of demise by political micro-management through the likes of Speaker Pelosi.

Trump should be lauded for his efforts to undo generations of political and union influence over OUR Postal Service. Its far past time when the Postal Service should be taking business away from the likes of UPS and FedEx, not surrendering to them. It is far past time that we just pour in more money to save a bad model.

In its efforts to demean President Trump, the story that the media has ignored is that all agencies of government must be measured by outcomes and efficient use of taxpayer funds. And for all agencies, to include the Postal Service, efficiency and quality outcomes are possible only if they are run like a business. We should not be expected to continue to let petty politicians run them like their personal fiefdom.

It is a good thing that President Trump has stood up to overzealous Democrats, and frankly weak-kneed Republicans.