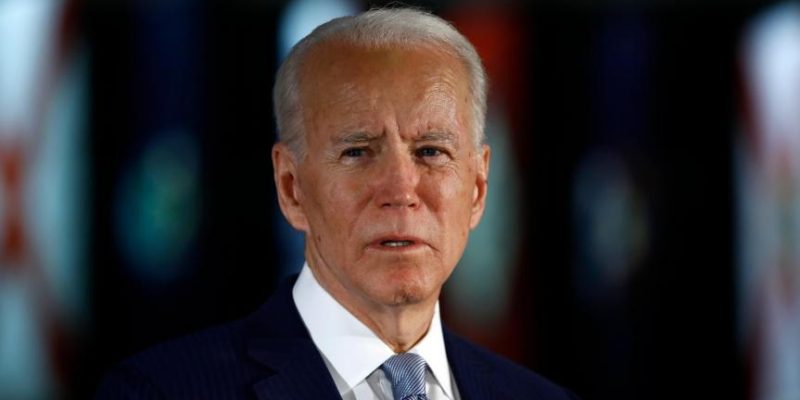 Former Vice President Joe Biden has enjoyed incredibly favorable coverage from the mainstream media in the 2020 presidential race. His baggage, such as a history of plagiarism, racist comments, and shady dealings for his son Hunter, has been completely ignored by the media.

While the media are working overtime to demonize President Donald Trump, Biden has been able to stay in his basement for months conducting very few interviews. In his recent press appearances, Biden has exited without taking questions from the media. His staffers told the media to leave and they meekly complied with these demands without shouting any questions.

As President Trump noted, it is “Very strange. Sleepy Joe never takes questions from the media.” He tweeted that the reporters covering Biden have “zero drive. Why can’t my reporters behave like that? Something is going on?” Of course, the President knows he is hated by the liberal news media while Biden is given the soft touch coverage. The Trump attack dog media have become the Biden lap dog media.

While Biden is given deference and outright support by the media, President Trump is treated like trash. It began the day he announced for President and it has not ceased. He never received a honeymoon from the media after he won the presidency.

The President is regularly blasted with non-stop questions during his press briefings and when he attempts to leave. Usually, the media hurl “gotcha” questions at the President designed to leave a negative impression with the public. Trump hating reporters are constantly trying to find anything they can to turn into a controversy that will hurt his administration.

While the President is challenged daily by his enemies in the media, Biden has only been challenged twice in recent months, both times by African American journalists. During a May 22 interview on the “Breakfast Club” radio program Biden was asked by co-host Charlamagne tha God to come by his New York studio for an in-person interview before the election because, “We’ve got more questions.”

Biden was outraged that an African American would need to ask him more questions. He snapped, “If you have a problem figuring out whether you’re for me or Trump, then you ain’t black.” This horrific and condescending comment, dripping with contempt, should have destroyed the Biden campaign. As usual, the media gave him a pass and he stayed in the basement, riding high in the polls.

Several months later, during an August 5 interview with CBS journalist Errol Barnett, Biden snapped when asked whether he planned to take a cognitive test. He shouted, “No, I haven’t taken a test. Why the hell would I take a test? Come on, man, that’s like saying to you before you got on this program if you had taken a test, were you taking cocaine or not? What do you think, huh? Are you a junkie?”

Another interview led to another dreadful response from Biden. It was not only a racist response, but it also contradicted a comment he made at a June 30 press conference. He told Fox News reporter Doug McKelway that he was “constantly tested” for cognitive decline.

When Biden is challenged, he snaps. Americans have seen it during campaign stops when he has encountered tough questions from audience members. During this campaign, it is a sad fact that Biden has faced tougher questions from average Americans than he has faced from the lap dog media.

The kid glove treatment has continued after his selection of U.S. Senator Kamala Harris (D-CA) as his vice-presidential pick. Almost immediately, the media championed the selection. This is the same corrupt media that destroyed another female running mate, former Alaska Governor Sarah Palin.

She was ridiculed, ambushed, and mistreated by the media that was working tirelessly to elect Barack Obama as the first African American President of the United States. According to Palin, “if you’re conservative, you’re going to get beat up.” She noted these three challenges that all conservative candidates, male or female, face, “It’s three against one: you have the Democrat Party, you have the media and you have the RINOs in your own party that are always, always trying to clobber you.”

Palin was called a “bimbo,” who was “good-looking,” and had “sex appeal.” In contrast, Harris has been commended for her intelligence and her record. The media are working overtime to shield her extremely liberal record. Instead of reporting that she has been ranked as the most liberal United States Senator, The New York Times referred to her as a “pragmatic moderate.” Such coverage is not only laughably biased, but it is also routine for the corrupt and dishonest mainstream media.

Until Election Day, we can expect the media to continue to protect Biden and Harris, while using every opportunity to demonize the President and Vice President. Biden is hoping he can continue to hide from questions with his “basement strategy.” While liberal Fox News host Chris Wallace claimed that Biden could not “hide from now until Election Day,” the former Vice President will surely try to stay hidden for as long as possible. If he limits his media interactions, he will have fewer opportunities to showcase his gaffes and his mental incompetence.

If our country had a decent media, this type of behavior would be unacceptable. Unfortunately, we have a media that have chosen sides and will not press Biden for answers, they will be too busy playing cheerleader.