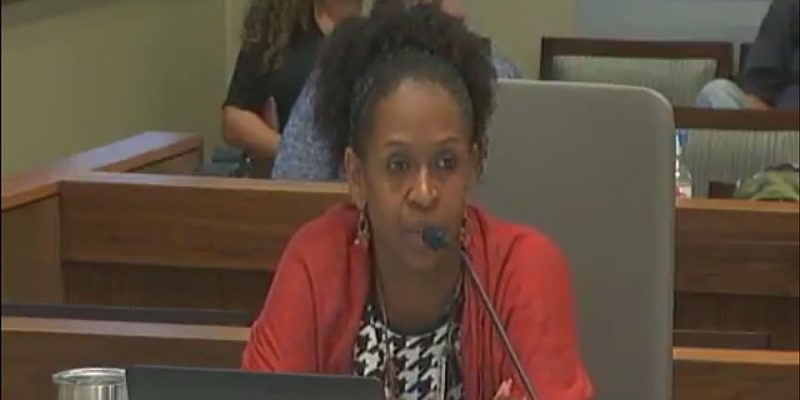 Following a major reversal on Friday, as the First Circuit Court of Appeal knocked her out of the Baton Rouge mayor’s race for having unpaid taxes in 2016 and 2018, Metro Councilwoman Tara Wicker is in political limbo.

It appears as though the perpetrators in the attempt to block her mayoral candidacy are supporters of the incumbent Sharon Weston Broome.

But if Wicker qualified to run for Broome’s job and hadn’t filed her 2016 and 2018 tax returns at that time, it doesn’t really matter who called her out for it. To be eligible to run for public office, one has to have filed all tax returns for the previous five years even if one still owes taxes in arrears.

When the suit was originally filed it was thrown out by district judge Tim Kelley, who took Wicker at her word she had filed all her returns. The First Circuit Court of Appeals was less impressed. In a 3-2 decision issued Thursday, the First Circuit said Wicker had produced no evidence she had filed her 2018 returns prior to qualifying.

Wicker filed an appeal with the Louisiana Supreme Court on Saturday, continuing to allege that she filed and paid taxes in 2016 and 2018.

Tara Wicker and her legal team filed an appeal with the Louisiana Supreme Court Saturday, as she fights to get on the November ballot in the race for East Baton Rouge Parish Mayor-President.

Wicker’s appeal urged the high court to consider the fact that when there is not convincing evidence one way or the other, Louisiana law generally favors the candidate and the right for the electorate to be able to choose from among a wide range of candidates.

They allege that when Wicker qualified to run for mayor, she had not filed state income taxes for the years 2016 and 2018.

When qualifying to run last month, Wicker stated that she had indeed filed taxes for all five of the previous years. That is a condition required to run for that office.

Wicker continues to maintain that, to the best of her knowledge, all of her returns had been filed at the time she qualified to run.

In their initial lawsuit, the plaintiffs produced a response to their public records request they had filed with the Louisiana Department of Revenue (LDR).

The plaintiffs’ opposition to Wicker’s LASC writ is interesting reading. “It is somewhat beyond belief that a responsible taxpayer, particularly a candidate for mayor of Baton Rouge, would be unable to produce copies of tax filings along with evidence that they were in fact filed and received by the LDR, especially a candidate who has been elected to public office three times before and is or was hopefully familiar with the requirements of qualifying,” it says.

Sometime this week we’ll find out how Wicker will fare at the state Supreme Court. Right now it doesn’t look good for her continued candidacy.

If she does end up being bounced from the race, what happens then?

Wicker can’t ultimately endorse Broome if Broome’s people are the ones who knocked her out of the race. While it’s a legitimate tactic to pore through tax and residency records in order to disqualify opponents from political races, it’s also considered fairly dirty pool in political circles to do so. Hard feelings are the norm in such cases. And given that Wicker thought little enough of Broome to run against her in the first place, you’d think this would be enough to “split the sheet” between the two.

Does this put Wicker in the camp of Steve Carter or Matt Watson? It would be something of a coup if a black Democrat was on the team of one of the white Republicans.

And it could matter if she did back one of them. Don’t forget the Monroe mayor’s race in July, when a white Republican running as an independent managed 52 percent in the primary, blowing out the incumbent black Democrat by 14 points in a city which is 62 percent black.

East Baton Rouge Parish is only 44 percent black. If there is any significant piece of the black vote which goes away from Broome, it’s going to be very difficult for her to be re-elected.

If Wicker is out of the race Broome’s primary strategy might be altered as well.

With Wicker in the race, Broome would have had black Democrat opponents on both the right (Wicker) and left (Denise Marcelle). She would likely have found herself boxed in a little; Marcelle probably has a larger black following than Wicker, plus some energy as essentially the Black Lives Matter candidate. That would make Marcelle a more potent threat than Wicker to keep Broome out of the runoff.

But without Wicker, Broome can now run as a centrist. The question is whether Wicker’s support would flow to Broome accordingly, particularly after her people had knocked Wicker out.

And should Wicker decide to campaign for one of the white Republicans, running to the middle might make Broome look hypocritical, to say the least.

Given that Wicker has established herself as a social conservative and had staked her mayoral campaign as being a pro-business candidate, and given that she had even attracted some financial support from the business community, what might not be a terrible idea would be for Wicker to abandon the Democrat Party altogether and switch to the Republican side. The state GOP would likely find ways to support her in future political endeavors were she to do so; possibly even backing her in a future run for mayor-president.

Of course, we’ll have to see what the LASC thinks first. But if bouncing Wicker out of the mayor-president’s race ends up backfiring on Broome, the race might just become the most entertaining contest in Louisiana this year.