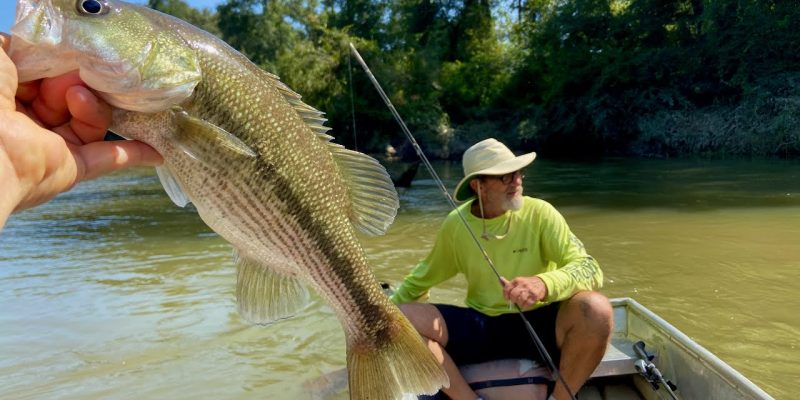 You ever jump the gun on something you REALLY love to do? That’s what I expected would happen during a fishing trip along the Tangipahoa River last week with Joe Lavigne, one of the absolute coolest guys on the planet.

Every fall, I fish with Lavigne on one of the rivers that run like ribbons through the Florida Parishes, and the trips are always among the highlights of my year.

Lavigne parks himself on a boat cushion on the fore end of a thin-metal flat boat, and uses a short paddle to navigate around blowdowns that cause riffles in the swift current. I sit on the aft seat like a tourist who paid a guide big money to take him on a float-fishing adventure.

But for Lavigne, sculling down these rivers is second-nature, and his duties with the paddle NEVER cause him to miss a cast at a productive-looking current break. A native of the sticks of Tangipahoa Parish, he’s been doing it for more than five decades.

Last week’s trip was a bit different, however. Normally, Lavigne invites me in September or October, when the rivers are at their absolute best. A normal trip for us is about 60 fish pulled over the gunwale, and we’ve caught upwards of 100.

Still, I jumped at the chance to tag along when Lavigne said he wanted to do a float on the Tangipahoa River not far from his Independence home.

Indeed, the action would prove to be a tad slower than previous trips, but we still caught our limits of beautiful spotted bass (called Kentuckys locally), and we did it in some of the most beautiful scenery available in South Louisiana.