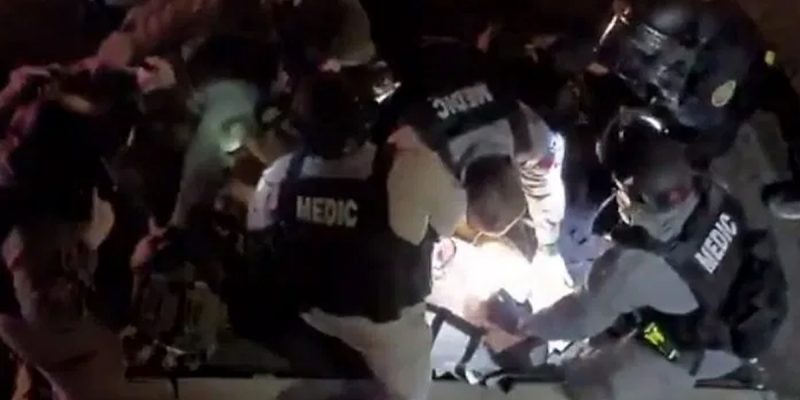 Yesterday the Mayor of Portland blamed President Trump for all the troubles that the mayor has encouraged by failing to control violence in his city. Of course, in following the well know Democrat creed “Never let a good crisis go to waste,” he made clear that he was a partisan and wanted the President turned out of office.

As we know on Saturday in Portland an innocent, unarmed supporter of the President was gunned down in cold blood and the police have identified a possible culprit. Since Democrats, the left-wing media, and all sorts of hangers on trying to achieve personal goals insist on calling rioters, such as the alleged culprit, “innocent protestors”, I thought that it would informative to read his actual words taken from an article by Andy Ngo quoting his Facebook posts:

“Every revolution needs people that are willing and ready to fight. There are many of us protesters that are just protesting without a clue of where that will lead. That’s just the beginning that’s where the fight starts. If that is as far and you can take it thank you for your participation but please stand aside and support the ones that are willing to fight. I am 100% ANTIFA all the way! I am willing to fight for my brothers and sisters! Even if some of them are too ignorant to realize what antifa truly stands for.”

“We are currently living through a crucial point in Humanities evolution. We truly have an opportunity right now to fix everything. But it will be a fight like no other! It will be a war and like all wars there will be casualties.”

“I was in the army and hated it. I did not feel like fighting for them would ever be a good cause. Today’s protesters and antifa are my brothers in arms. This is a Cause to fight for. This truly is fighting for my country!”

These are hardly the words of an “innocent protester.” They are the words that one would hear from indoctrinated Marxist revolutionaries. He states that he has no clue of why he is protesting, apparently, he just hates America and all it stands for.

Deviant logic like his has, throughout history, made for prime targets for recruitment into violent armies of mindless foot soldiers. Foot soldiers that are easily led by ruthless revolutionaries with their own clear purpose. They are the cannon fodder that drive violent struggles to upset stable nations. In some cases, these revolutions go far, though almost without an exception democratic reaction eventually forces them back into the shadows.

Time will tell if he is found to have been the killer, but his words are an indictment of the entire set of Democrat talking points that these troubled times are about police reforms or other societal corrections demanded by legitimate “innocent protesters.” Though initially the unrest was triggered that way, but devious revolutionaries have long since co-opted that message and are using it, buoyed by a naïve, but willing media, to conceal their own sinister ends.

No, the small, but loud number of people in the streets are not “innocent protesters.” And the Democrat puppet masters, such as the mayors of so many Blue cities, that once thought that they could control them and use them for their own purposes, are finding out that they are not their allies.

Perhaps these mayors need a good dose of 19th and 20th century Marxist history, because that is what they have, perhaps unwittingly, allowed to be replayed on the streets of America.

I have no doubt that the day after the national elections these mayors will suddenly find the resolve to try and put the revolutionary genie back in its bottle. The question that Americans must resolve before they vote is, should Biden/Harris win, will that be possible? If Biden acts as shaky as he has and if his friends, the Democratic mayors, prove too weak, or worse, too unwilling to shut down the anarchists, we could be in for a long period of unrest.

Americans have traditionally enjoyed peace and prosperity through opportunity. Modern Democrats, and to a much more radical extent the rioters in the streets, want to eliminate opportunity and mandate basic outcomes for all. In the real world we call that lowering the bar and accepting mediocrity. The result, as in those countries that have accepted Marxist theories even for a time, can only be poverty of body and spirit.
The question of our lifetime is, should Biden win will he exhibit such weakness that we invariably end up with the societal redistribution demanded by those in the streets. In fact, the history of 21st America will be underpinned by the answer to that question.

Interested in more national news? We've got you covered! See More National News
Previous Article PERRICONE: Swing States, Mail-In Ballots And The Cruciality Of Getting Out To Vote
Next Article New CDC data: 94 percent of people who with COVID-19 had other health issues