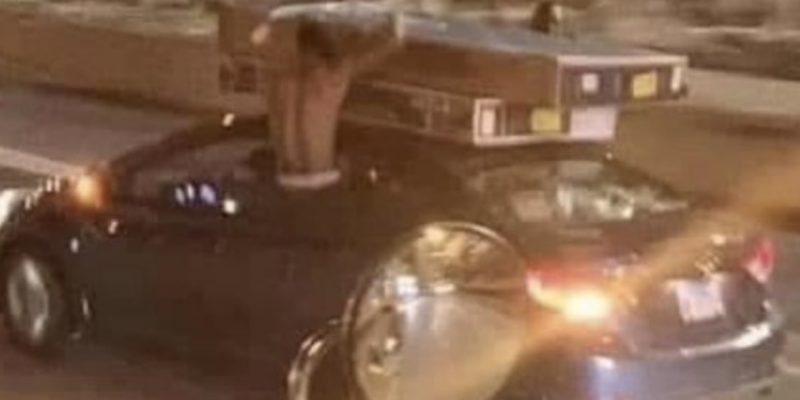 “Members of Black Lives Matter held a solidarity rally on Monday night with the more than 100 individuals who were arrested after a night of looting and unrest in Chicago,” NBC News Chicago reported.

The “demonstration” was held outside of a south side police department. One of its organizers, Ariel Atkins, told NBC Chicago:

“I don’t care if someone decides to loot a Gucci or a Macy’s or a Nike store, because that makes sure that person eats … That is reparations,” Ariel Atkins told NBC Chicago.

“Anything they wanted to take, they can take it because these businesses have insurance.”

So it’s ok to steal because the people being stolen from have insurance, Atkins argues.

In case you missed it, Monday was called “Looting Monday.”

On Sunday at least 100 people were arrested for their involvement in widespread looting and rioting that caused at least $60 million in property damage and injured 13 police officers.