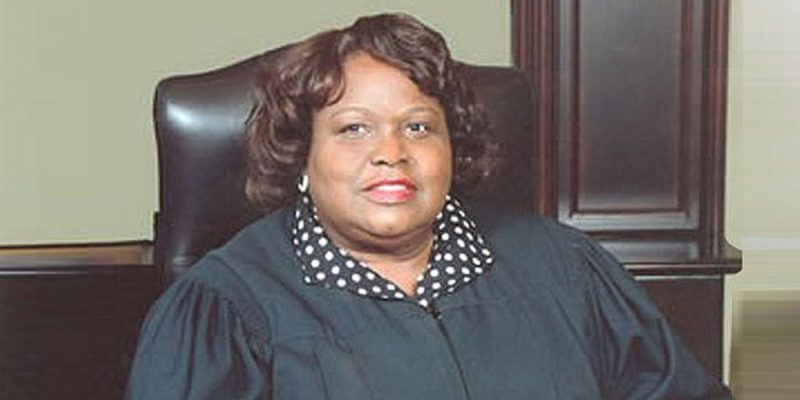 The only black and Democrat on the Court, Johnson has a long history of being on the losing side in cases when divisions occurred. She will retire at the end of this year, courtesy of the recently-upheld Louisiana Constitution’s provision (which she dissented from) that disallows a judge running for office if 70 or older at the beginning of that next term.

But it looks like she’s going out with a real bang. A career criminal, Fair Wayne Davis, petitioned the Court to have his life sentence overturned. First convicted for attempted armed robbery in 1979, he received a sentence of ten years at hard labor. Out before his time, he subsequently was convicted of possession of stolen things in 1987, attempted forgery of a check worth $150 in 1989, and for simple burglary of an inhabited dwelling in 1992. As such, he fell under the state’s habitual offender statute, meriting his lifetime residence in a cell.

That last crime involved him caught with hedge clippers, which set off Johnson in her dissent to denying his resentencing. She made three arguments as to overturning the sentence – none particularly good or convincing.

First, she notes that a rough estimate of the costs of Davis’ incarceration for one violent crime and petty thievery ran over a half million dollars and could increase a few hundred thousand more should he spend the rest of his life in prison “for his failed effort to steal a set of hedge clippers.” So what? There’s no price tag on justice and the salutary impact it has when applied correctly. If the benefits to society outweigh the costs, it makes sense.

Which leads to her second line of inquiry, that somehow this appears “excessive” and therefore unconstitutional. Drawing upon the Constitution, she noted that such a sentence becomes unconstitutional when it “makes no measurable contribution to acceptable goals of punishment or amounts to nothing more than the purposeful imposition of pain and suffering and is grossly out of proportion to the severity of the crime.”

But that’s not the case in this instance. It’s not about clippers; it’s about a guy who almost as soon as he gets out of jail, he commits a crime with all the additional expense and potential harm to law-abiding citizens that entails. In 1992, he showed no sign that he would stop that pattern, and he does have relief for incarceration through parole if he demonstrates he won’t commit another crime at his earliest convenience once released. And the Louisiana judiciary, under new laws or other valid reconsideration, has shown itself more than willing to wipe out habitual offense punishments when warranted. Keeping him locked up because of an inability to control his impulses is entirely justified.

And this continues to her third, most bizarre point. He landed in prison for life, she alleges, not because of a character defect or mental issues, but because he’s a black guy in America, hampered by racism and inculcated poverty. Johnson equates his sentencing with the post-Civil War practice of harsh sentencing for petty crimes, To back her play, she pulls references from a Pulitzer Prize-winning tome outlining this history.

Johnson has to be an idiot if she doesn’t really the vastly different landscape for black America 75 years later, joining the political left, too much of academia, entertainers, and the elite mainstream media in their recently stepped-up parroting the entirely mistaken notion that somehow governments in America haven’t bent over backwards to ensure successfully that “systemic racism” doesn’t exist. Davis, up until 1992, didn’t draw a life sentence because he was a poor black guy victimized by the system; he’s there because, despite the multiple opportunities (including an overly-generous welfare regime) the system provided him to live outside of poverty, he still chose to commit crime apparently every chance he got and showed no willingness to abandon that mode of behavior.

There’s no guarantee her successor won’t deliver equally as insipid opinions, but it doesn’t seem any of them could do worse than what Johnson did on this one.