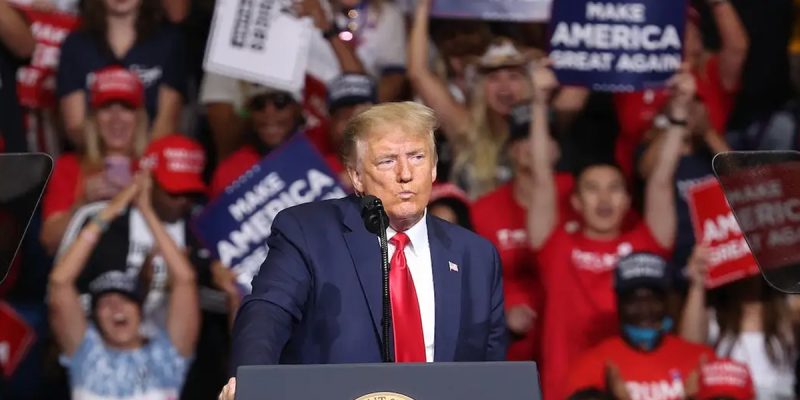 …no, the subject was not Hurricane Laura or John Bel Edwards’ insane COVID-19 restrictions. If you only read my Hayride stuff it will amaze you that the Dan Proft Show, which airs weekday mornings on AM 560 The Answer, the iHeart Radio talk station in Chicago, has me on periodically to talk about subjects other than those. And yet, this morning I was on the radio talking about national politics.

Because on Monday, I had a column at The American Spectator going through the second-term agenda released by the Trump campaign. The gist of the piece was that what Team Trump had sketched out was a very majoritarian reform agenda which would appeal to conservatives without being especially doctrinaire on the right, and was designed to capture the middle without alienating Trump’s base.

Tuesday night at the Republican convention, Larry Kudlow gave a good economic speech on what a Trump second term would bring, and Secretary of State Mike Pompeo highlighted foreign policy items to look for as well. Proft played sound bites of both before bringing me on.

It’s about a 10-minute segment, and it’s not half bad.

Of course, at the end I’m talking about Kenosha and how that can’t possibly be beneficial to the Democrats. Last night I turned in another American Spectator column specifically on that subject and in particular going through the story involving 17-year-old Kyle Rittenhouse, the militia member from Illinois charged with first-degree murder for having killed a pair of Antifa goons and badly wounded a third amid rioting in that city. All three, video clearly shows, were attacking Rittenhouse with weapons when he shot them.

I’m not a fan, as I say in the column, of 17-year-olds carrying long guns on riot-torn streets in neighboring states on school nights. Rittenhouse shouldn’t have been there and the militia group he was with shouldn’t have taken him along. He should have been home with his family and older men with more life experience and less future to lose should have carried the burden of trying to protect businesses from rioters.

That said, other than getting separated from his group which never should have happened, Rittenhouse acquitted himself reasonably well. The first-degree murder charge is complete political crap and it’s impossible to believe it will stick. Furthermore, as I write in the column, the real fault for Tuesday night’s violence lies with the exceedingly poor political class in Wisconsin, personified by its Democrat governor Tony Evers, which refuses to assume the responsibility for the most basic tenet of governance, namely providing law and order to the streets.

And, the column also says, Antifa and Black Lives Matter are the villains here for attempting to foist their make-believe revolution on the public. In Kenosha that revolution became real and people died. The question is whether they’re prepared for that to happen all over the country.

And in the meantime there is Trump and his party, who are laying out a positive, defensible, reasonable agenda to preserve and strengthen the country the Democrats and their new pals on the Hard Left are attempting to tear down. Never in modern American history has there been such a contrast heading into a presidential election.