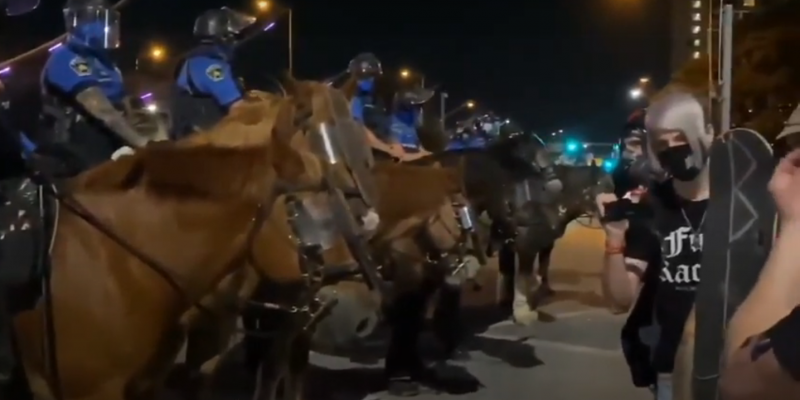 This just in from the Austin-area conservative blog platform The Travis Tracker. The consequences this November may be tremendous. We reprint the Tracker’s report below:

Despite recent polls that indicate a majority of Austinites support maintaining full funding for law enforcement, multiple sources are reporting the Austin City Council approved $150 million in cuts to the Austin Police Department.

The unanimous vote of the all-liberal Council gave the final nod to a $4.2 billion city budget. The cuts came after a hearing Wednesday in which Council member supporters and Black Lives Matter activists spoke in favor of diverting law enforcement funds to other entities or cutting them entirely.

According to the Austin American-Statesman the cuts came in the form of:

According to discussion on the Council’s message board, the money will be redistributed to community programs, other city departments, city-county ambulance services, and domestic violence shelters, parks, substance abuse programs, and even “abortion access.” We are still reviewing the details.

“Today’s unanimous council decision to cut $150 million from the police budget is unconscionable and will directly make our city less safe,” said Matt Mackowiak, Travis GOP chairman, following today’s vote. “As one of the fastest growing cities in America, we should be hiring more police, not cutting their budget by a third. Austin has already witnessed the fastest rate of growth in homicides in the country in recent months. Today’s action is the manifestation of a dream held by Greg Casar, the Workers Defense Project, the Democratic Socialists of America, and their radical fellow travelers. It is time for very good and event Austinite to rise up and throw these bums out. Public safety is the first priority of every elected official and today’s disgraceful vote shows that the Mayor and the Council want a city that is less safe. And that is what we will get.”

Below is the text of the release.

WHEREAS our principles, our culture and our country are under attack by a group or groups of individuals who, behind a screen of perhaps well-meaning people purportedly seeking racial justice and equality and desiring to exercise their right of free speech, have vandalized and sometimes destroyed public and private property across the state of Texas and this country, impeded trade and commerce by interrupting the transportation of goods and persons, destroyed the lives and livelihood of law-abiding individuals and harassed, threatened and even injured, some fatally, the law enforcement officers whose sworn duty it is to protect the public from such conduct,

Condemn all criminal conduct by such people as domestic terrorism; and

Advocate and urge that each and every criminal act by such persons be dealt with by immediate arrest, imprisonment and prosecution to the fullest extent of the law; and

Demand that law enforcement agencies of all kinds be adequately funded and supported to enable each to have enough properly trained personnel, and the necessary equipment, to enable them to safely and effectively perform their duty of protecting the lives and property of the people they serve.

Interested in more news from Texas? We've got you covered! See More Texas News
Previous Article APPEL: There Would Have Been Money In That Unemployment Fund, But NOOOOO…
Next Article How Rebirth Of The XFL Will Affect Houston