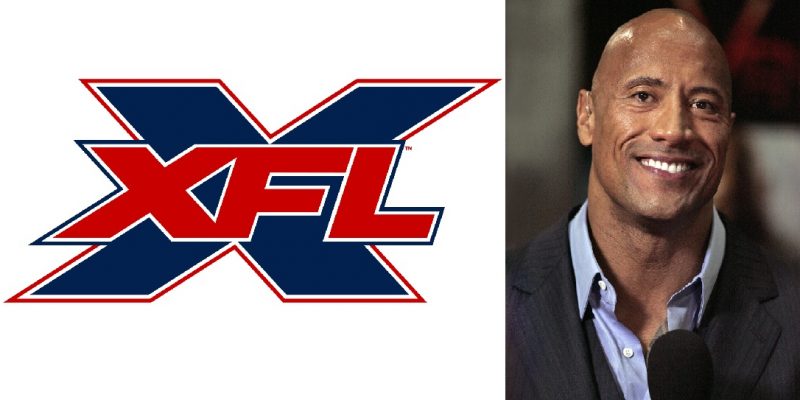 The second incarnation of the XFL, following cancellation amid COVID-19 fears, has now been resurrected from the dead.

According to multiple sources, RedBird Capital Partners, an investment group lead by Dwayne ‘The Rock’ Johnson and his ex-wife Dany Garcia, paid $15 million for the league that had filed for bankruptcy due to coronavirus responses cutting short its first season five weeks in.

That’s a paltry sum considering Vince McMahon poured in hundreds of millions of dollars into The League to get it off the ground in 2018 and onward. McMahon and the company he formed for the XFL, Alpha Entertainment, will not have any equity stake in XFL 3.0.

Not included with the purchase price was the television contracts with both Disney/ABC/ESPN and Fox Sports.  Currently ESPN is less open to continuing to broadcast the XFL than Fox Sports, both networks are going to require contract renegotiation to go forward with broadcasting the league with with some reports stating that ESPN may not want to continue broadcasting the XFL at all.   Also it was reported that RedBird rehired the League’s President Jeffrey Pollack.

One might ask, what does the XFL have to do with Houston?  Quite a bit actually.

Not only did Houston have an XFL team, the Roughnecks, that played at the University of Houston TDECU Football Stadium, but also Houston had the largest operations for the football league outside of the corporate office in Stanford, Conn.  This is partially due to former XFL Commissioner Oliver Luck’s deep ties to the city.  This includes the fact that Luck was from 2001-2005 the Chief Executive Officer of the Houston Sports Authority,  a government entity created to handle the construction, ownership and debt repayment of Minute Maid Park, NGR Stadium, Toyota Center, and BBVA Stadium after hotel-motel taxes were authorized for stadium construction by the Texas Legislature in the late 1990s.  After Luck’s tenure with the Sport Authority, he became the President and General Manager of the Houston Dynamos, the city’s Major League Soccer Team from 2005-2010 before leaving for an executive position in the NCAA.

When Vince McMahon hired Luck to be The League’s commissioner, many viewed this as bringing legitimacy to The League which shares very little with the first XFL of 2001 other than the name, being created by Vince McMahon, and rule innovations such as no extra points via field-goals.  While there were eight teams in eight different cities, all the teams used Houston as their training camp.    These training camps were mostly hosted at tax payer funded stadiums, mostly belonging to the independent school districts in the area with The League paying a usage fee which should be welcome news to the taxpayers.

Houston was also selected to host The XFL Championship Game before The League’s season was cut short.  This was going to be extra revenue generated for the partially state of Texas-funded University of Houston and The League was exceeding financial expectations until the COVID shutdown and bankruptcy filings.  This led UH to file a claim of around $1 million to the bankruptcy court for unpaid revenue.

Also in question is the status of Oliver Luck himself, whom McMahon fired only days before shutting down XFL Operations, laying the entire staff, and filing for bankruptcy.  Luck filed a lawsuit against Vince McMahon claiming that McMahon personally breached his $23 million contract.  McMahon’s attorney countered that Luck was fired for insubordination and dereliction of duty after the COVID pandemic started.  Even going so far as to claim Luck used his company phone for personal use.  Luck is trying to have the lawsuit include McMahon solely to hold him personally liable, while McMahon is trying to have the lawsuit pivoted over to the XFL’s original (and now bankrupt) holding company Alpha Entertainment to shield McMahon himself from personal liability to the remainder of the $23 million owed to Luck.

So far there is no word on whether Luck will have any role in the XFL under RedBird’s ownership.  It also brings into question how much of a role Houston will play in the XFL’s future without Luck’s influence.  While it is a given that the Roughneck’s Franchise will continue forward, being that is was the only undefeated team in The League and had a decent fanbase at the time XFL 2.0’s folding, one questions will the other aspects of The XFL that were based in Houston such as the entire League’s training camps, will continue to be based in the city.  The XFL business model, like so many others was made obsolete because of COVID And having operations based in Houston may not be conducive to a potential “bubble” concept modeled after the NBA that is being explored by RedBird to resume football operations in 2021.

That particular business plan would benefit The City of St. Louis more so than Houston.  St. Louis embraced their XFL team after the loss of the Rams who moved back to LA.  In fact St. Louis was the only city in the 2020 XFL season to not have an NFL franchise.  The fans in that city did not have football fatigue and actually had the largest turnout, and would have been the first XFL facility to open up the upperdeck.  In an era with either fan restrictions or no fans at all because of COVID, this would not be the reason why the XFL would base operations in St Louis.

More-so the XFL would be the only tenant of the Dome and would be able to resume training camps and all games at a single climate-controlled facility where The League would be granted exclusive use.  The XFL’s business model was already built on mainly  television revenue.  The XFL made a point to not charge a whole lot of money on tickets or concessions to make games affordable for families.   Not having fans in the stadium won’t have as much of an impact on The XFL’s bottom line as it has other professional sports leagues, such as Major League Baseball.

Only time will tell how much Houston will benefit from the continuation of the XFL.  If the new ownership decides to rehire Luck, then don’t be too surprised that most of the league operations that were based in Houston will return.  However if Luck does not return to the XFL, don’t be too surprised that, other than Roughnecks operations, the XFL will move move elsewhere.

Interested in more news from Texas? We've got you covered! See More Texas News
Previous Article Austin Next City To ‘Defund Police,’ Transfers Money To Social Services, Abortions
Next Article You Can Fight John Bel Edwards And Win, As Firehouse BBQ Is Proving