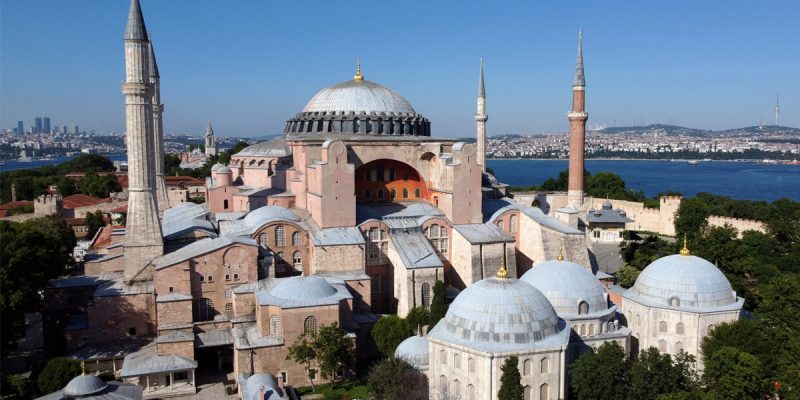 In July, when Turkish dictator Recep Tayyip Erdogan followed through on threats to turn Istanbul’s Hagia Sophia museum into an active mosque, the Western world reacted mostly with disinterest, but also with a degree of outrage from some circles.

Hagia Sophia had originally been the largest Christian cathedral in Eastern Christianity but the Ottoman Empire seized it in 1453 and converted it into a mosque. It operated as such until 1934 when secular Turkish leader Kemal Ataturk had it converted into a museum in recognition of his vision of modern Turkey being a bridge between East and West.

Erdogan undid all that by making Hagia Sophia a mosque once again.

If more people in the West—and Christendom in particular—understood the significance and aim of Erdogan with this action, they would probably be more concerned.

Throughout history, it has been the practice of conquering Jihadists to install mosques in place of churches, synagogues and temples. There is no doubt that Erdogan is taking this action as a signal to the West and to the Islamic world alike in an attempt to position himself as a leader—if not THE leader— of the Islamic world. Erdogan has a vision of a Neo-Ottoman Empire as a modern seat of Islamic power to challenge both the West and other Islamic nations, notably Saudi Arabia and Egypt.

Americans and Westerners in general need to understand the context here. Hagia Sophia is a large symbol, but it is hardly unique. It is common practice even today for mosques to replace churches. In fact there is a whole YouTube channel dedicated to celebrating that practice in the United Kingdom.

The channel used to be called YouTube.com/mujahadeen911, a transparently bald-faced signal of the conquering nature of the practice. If you use that URL you will still go to that channel on YouTube, but the channel has been renamed “Mosque Directory.”

The channel features video slide shows of mosques that are now operating where churches operated before, all set to nasheed tunes—the chosen music of Jihadist organizations throughout the world:

The number and length of the videos on this channel vividly illustrate the magnitude of this phenomenon and signal its significance in jihadi circles.

Now, in Erdogan, Turkey has a ruler who subscribes to these same notions, as demonstrated by his embrace of wanted HAMAS jihadist terrorists at a recent summit meeting.