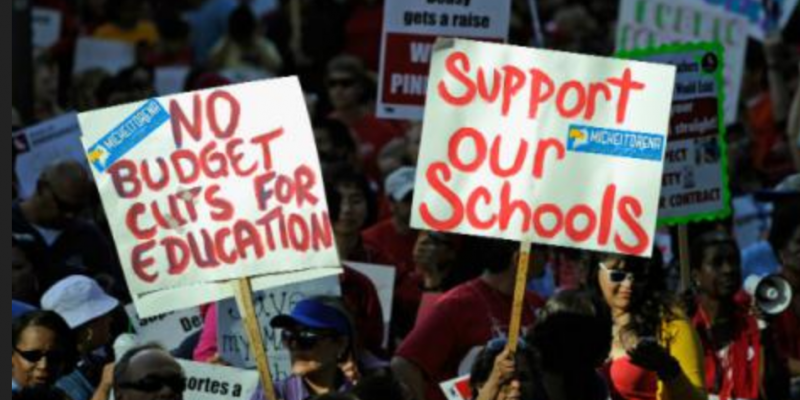 Some school districts are having a difficult time accounting for thousands of devices that were sent home with students this spring to participate in distance learning programs during COVID-19 shutdowns.

Federal CARES Act funding allocated money to states to purchase millions of students laptops, tablets and Chromebooks. Now some districts are having difficulty finding them.

In Atlanta, Fulton County Public Schools officials say they’re having difficulty trying to retrieve hundreds of mobile devices that have not been returned by students who graduated this year.

Emily Bell, the district’s acting chief information officer, said the district runs into this kind of problem every year, but not this late into the summer.

“These devices will be our universal remote learning tools and it’s our priority to make sure our students have them,” Bell said.

The Fulton County Public School System has roughly 6,000 students in each grade from 3rd to 12th grade. It says its goal is for each student to have an iPad, Chromebook or laptop at the beginning of the school year.

According to the district’s director of media relations, Tim Waller, roughly 4,600 Chromebooks (valued at $300 each) issued by the district have not been returned by students.

“We have identified where 1,552 of those are … and those were students who had been using them either for summer school or tele-health services and have promised to turn them at the beginning of the new school year,” Waller said. “So the bottom line is right now we have about 3,100 Chromebooks that are absolutely unaccounted for, meaning we haven’t heard from the student or their parent, and we have no idea where they are.”

If the district isn’t able to get in touch with students who haven’t returned a Chromebook, it says it will file a police report in order to file an insurance claim.

Despite the missing devices, the Associated Press reported that the district purchased more than 19,000 additional new Chromebooks this summer in order to provide all pre-K through 12th grade students with their own device.

In Washington, employees in the technology department of the Spokane Public Schools reportedly found that individuals were selling district-issued laptops online for cash.

“We want to be good stewards of taxpayer money, and we’re trying to accomplish some great teaching and learning from a distance perspective by distributing laptops and making sure our families have access to the internet,” said Scott Kerwien, the director of technology and information at Spokane Public Schools.

“We’re just imploring our families not to sell any of our equipment online,” Kerwien said.

The district says the devices being sold online could have been stolen and listed online for sale by the thieves.

It adds that it can track the computers when someone logs onto the Internet, and every computer’s serial number is connected to a family member.

“We have all the serial numbers for all of our devices,” Kerwien said. “If a seller isn’t willing to give you a serial number or show you the lid of the laptop where we actually have district logos and stickers,” he says the item could be stolen. “We can look up serial numbers for what is owned by our district,” he said.