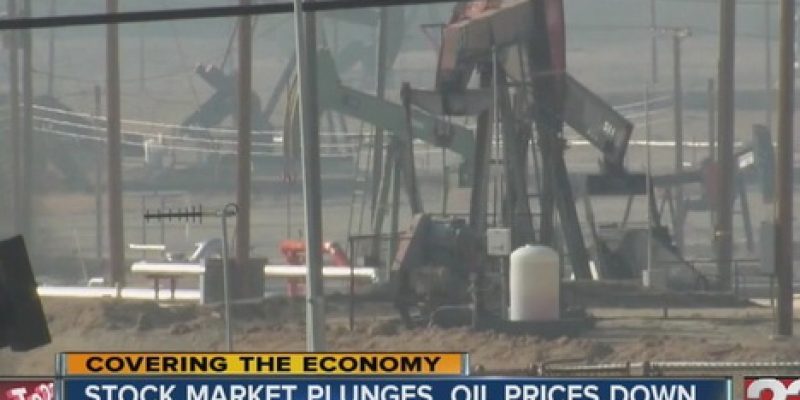 The index, a cyclical measure of the health and vitality of the upstream oil and gas economy, previously posted a one-month record decline in April.

The announcement comes one day after President Donald Trump visited Midland and Odessa. On Wednesday, he signed extended permits “granting approval to vital pipeline and railway infrastructure” along the U.S.-Mexico border.

At Double Eagle Energy in Midland, Trump signed a permit for NuStar Energy to operate and maintain existing pipelines underneath the Rio Grande. Hydrocarbons and petroleum products are transported through a 46-mile pipeline from Hidalgo County into northern Mexico. Trump also signed a permit for Kansas City Southern Railway Co. to build and operate a new international railway bridge in Laredo.

The two permits allow the export of Texas crude oil to Mexico, which may or may not help Texas recover from a “bloodbath” of financial losses reported in April.

“Petroleum energy demand dropped off the cliff sharply and rapidly at the same time crude oil production was peaking, particularly in Texas and the U.S.,” Karr Ingham, petroleum economist for TAEP, said.

Kerr, who produces the monthly index, said the drop “would have been bad enough,” but to “throw in a market share temper tantrum between Saudi Arabia and Russia at the worst possible time, and you have a thoroughly devastating impact on energy markets.”

After a peak in March, crude oil production declined at a record pace, falling by more than 710,000 barrels a day. Crude oil prices then dropped, followed by declines in the number of operating rigs, approved drilling permits, and upstream (exploration and production) direct employment.

The statewide rig count hit historic lows. In late May, the Baker-Hughes count fell to its lowest weekly and monthly levels since 1944, when the company began tallying weekly rig counts. The Texas rig count averaged 113 in March, down from more than 400 at the end of 2019. As of July 24, it was 103.

The industry had already been struggling before March when the COVID-19 pandemic hit, TAEP notes. From December 2018 to June 2020, direct upstream oil and gas employment in Texas fell by nearly 30 percent.

But coronavirus shutdowns coupled with the Saudi Arabia/Russian oil war resulted in 25,000 jobs lost in the month of April 2020 alone. This past April was “easily the largest one-month industry employment decline on record, more than doubling the previous record,” Kerr says.

Despite these grim numbers, Kerr points to a silver lining – crude oil prices have now reached $40 a barrel, which most could not have anticipated in April when they were less than $10 a barrel.

“It points to a quick price response to the re-opening of the economy, and suggests that along with continued economic recovery and the accompanying growth in energy demand – as production continues to decline – that prices will respond accordingly,” Kerr said.

“Absent government-mandated lockdowns, it appears that the country is anxious and ready to respond to a more open economy, as evidenced by some impressive improvements in U.S. demand metrics, gasoline demand in particular,” he added.

Increased crude oil prices are “the first domino to stand back up again, followed by permits and the rig count, and employment ultimately will respond.”

Interested in more news from Texas? We've got you covered! See More Texas News
Previous Article Isn’t It Time To Ask How Much China Has Corrupted American Media?
Next Article On the issue of the Simpson cartoons appearing to predict U.S. events [video]