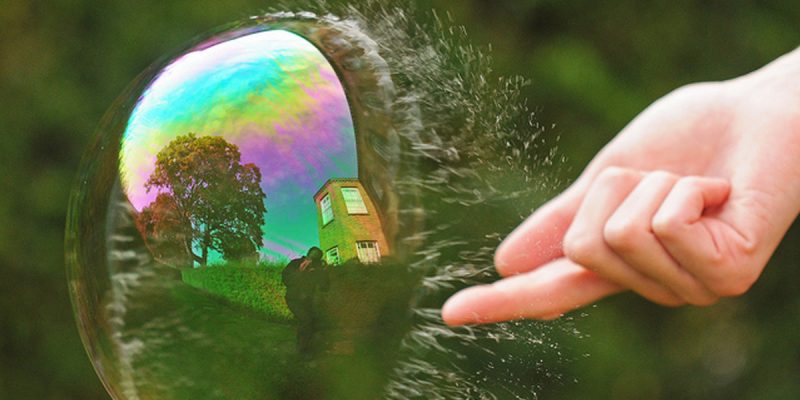 …by canceling college sports this fall. Should the NCAA do that, it’s going to signal a major shift in public opinion about higher education.

But they’re doing it, from the sound of things.

The NCAA could cancel all sports in its largest conferences because of the COVID-19 health pandemic, according to a report from Sports Illustrated.

The Power 5 conferences, which includes the SEC, have meetings planned this weekend to talk about the future of football this fall.

“I think by the end of the week the fall sports will be postponed in all conferences,” reporters Pat Forde and Ross Dellenger said on Saturday.

Many conferences are slowly pulling back their methods of practicing sports.

The Big Ten is apparently going to announce they’re not going to play this fall.

The Big Ten has voted to cancel the 2020 college football season in a historic move that stems from concerns related to the ongoing coronavirus pandemic, multiple people with knowledge of the decision confirmed to the Free Press.

The sources requested anonymity because they were not authorized to speak publicly on the decision. A formal announcement is expected to Tuesday, the sources said.

The presidents voted, 12-2, Sunday to end the fall sports in the conference. Michigan and Michigan State — which both has physicians as presidents — voted to end the season, sources said. Only Nebraska and Iowa voted to play, Dan Patrick said on his radio show Monday.

The move comes two days after the Mid-American Conference became the first in the FBS to cancel ts season, and sources told the Free Press the Big Ten is trying to coordinate its announcement with other Power Five conferences.

We don’t want to oversell this, but college sports, and particularly college football and college basketball, are the single most important public demonstrations of enthusiasm and positive feeling tying the American people with higher education. Literally the performance of the football or basketball team is, for most alumni, the only thing connecting them to their alma mater, and there are millions of people who align and support this university or that to which they have no real affiliation simply because they’ve become a fan of the team.

The NCAA basketball tournament was already canceled. So was the bulk of the NCAA baseball season. It’s been six months since there were any college sports. Now they’re talking about making it 10 months before there is any.

After a connection to something is severed for 10 months, do you know what happens? You learn to live without it. You move on.

And American universities are sewers of leftism which have incubated all the worst cultural and political ideas circulating in America today – from the idiocy of there being more than two sexes to Critical Race Theory to “white privilege” to militant Third Wave feminism to climate-change hysteria to a myriad of other crackpot anti-Western and anti-America ideas, all soaking in a petri dish of censorship and cancel culture.

Our universities produce the worst-prepared graduates for employers to hire in American history. Their rapacious greed has led them to bilk those poorly-prepared students out of some $1.6 trillion in debt the taxpayer is likely to have to subsidize, while lazy rivers and gleaming administration buildings and luxury on-campus apartments pop up like mushrooms on those campuses. That higher education is a bubble waiting to burst has been known for years.

And now, through a previously unimaginable failure of leadership they’re severing the only thing that connects them to the people who shouldn’t support the colossal waste of resources going into those institutions for a declining product but have?

If the reason for this is the “safety” of the athletes, you’re talking about 20-year-old college kids who will be at bars and house parties every night the minute they hear there’s no season to stay in training for. Without the discipline of football, you get to find out just how unsafe they’ll be. Meanwhile, the actual danger COVID presents to what are some of the healthiest human beings on the planet is negligible. And as we’ve seen, anybody afraid to play this fall can simply opt out.

The financial losses from tubing football this fall will likely attack not just bloated athletic department budgets but university donations. By the end of the year the people responsible for these stupid decisions will be begging state and federal governments for a bailout.

And who will support this?

A major shift is coming. It’s been coming for some time. But now the wind is whistling through the trees. It’s a shame, or perhaps it isn’t, that the people in charge of those universities – many of the less significant of which won’t even exist in 3-5 years – can’t hear it.