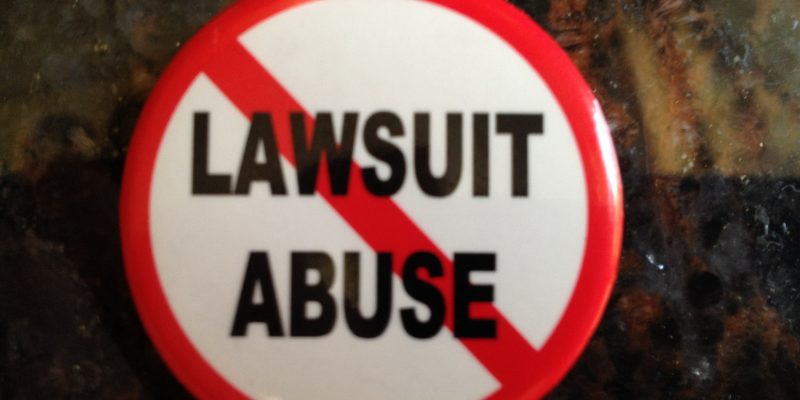 The U.S. Chamber Institute for Legal Reform has released a new series of videos and interviews with Louisianans about how the state’s extensive lawsuit environment has impacted their lives.

“Faces of Lawsuit Abuse,” a multi-part video series called “Louisiana: The Lawsuit Paradise,” provides an in-depth look at “how lawsuits threaten to ruin the state of Louisiana’s economy.”

The series features interviews with small business owners and others who give first-hand accounts about how ongoing lawsuits have led to job losses, increased insurance costs, and led to a range of other losses they have experienced.

In the first episode, a plaintiff’s attorney, who agreed to speak anonymously, describes the most lucrative types of cases for Louisiana lawyers. He also calls the state’s trial lawyer advertising environment “just part of the culture.”

In the second episode, individuals working in the logging and trucking industry explain how state trial lawyers “have put a target on their backs” by pursuing excessive litigation that has caused their insurance costs to skyrocket.

In the third episode, “The Client Factory,” the Institute’s attorney describes the well-organized machine of Louisiana’s lawsuit industry. He gives an in-depth account of the public persona of plaintiff attorneys, the million-dollar advertising business that funds call centers handling high volumes of calls, and how these attorneys inflate settlements to give out high-interest loans.

“Plaintiffs’ attorneys, with the help of some powerful allies in government, have waged a seven-year litigation campaign against the Louisiana oil and natural gas industry,” says Energy In Depth (EID), a research program of the Independent Petroleum Association of America. So far, these attorneys have filed 43 lawsuits on behalf of local governments blaming the industry for coastal erosion.

According to The Advocate, “A group of Gov. John Bel Edwards’ top campaign donors were brought in as attorneys on a controversial lawsuit against oil and gas companies — a case that could mean a big payday for Edwards’ hired guns. The Edwards administration’s contract is with lawyer and former state Rep. Taylor Townsend of Natchitoches, who was a co-chairman of the governor’s transition team and now heads Edwards’ super PAC fundraising committee, Louisiana Families First. With the governor’s approval, Townsend then brought in six other attorneys as subcontractors.”

As of July 24, seven of the 20 coastal parishes have filed lawsuits, while the Louisiana attorney general and the governor, through the Louisiana Department of Natural Resources, have intervened as additional plaintiffs, EID says.

Last fall, the Pelican Institute for Public Policy published a report, “The Cost of Lawsuit Abuse,” which analyzed the economic impact of Louisiana’s coastal lawsuits.

The institute estimates that Louisiana lost between $44 million to $113 million every year because of coastal lawsuits. Louisiana also lost at least 2,000 energy industry jobs between May 2012 and May 2014, equating to $70 million in lost earnings for Louisiana workers.

Because offshore drilling has declined by more than 50 percent since 2013, state and local governments have lost at least $22.6 million per year in industry royalties.

Daniel Erspamer, chief executive officer of the Pelican Institute, said, “It should come as no surprise that suing Louisiana’s No. 1 job creators is damaging to the state’s economy and working families. Since they were filed nearly six years ago, these lawsuits have directly contributed to lost jobs and opportunities for countless Louisianans.

“We’ve gained nothing for our state as a result of the lawsuits, and we continue to fall further behind our neighbors. It’s time to abandon this ill-fated lawsuit strategy and bring Louisiana back to a place that’s welcoming to job creators and seekers alike. Our future hangs in the balance.”