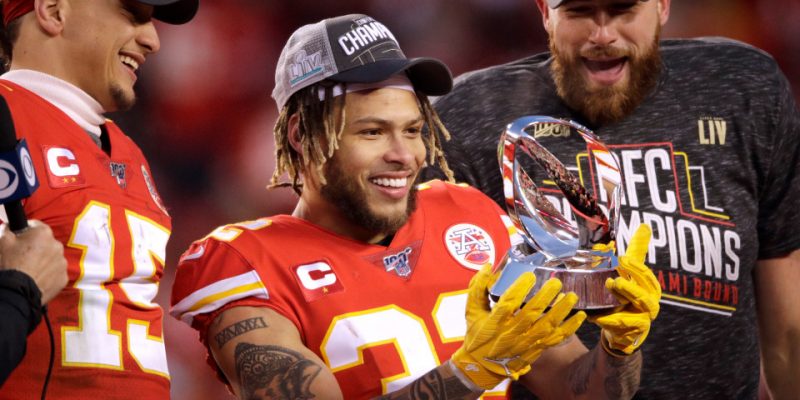 The great divide between conservative philosophy and liberal philosophy is manifested by two words: opportunities and outcomes. Powerful words they are when taken in the context of the future of the nation.

The best metaphor for this difference in thinking can be seen in the controversy surrounding professional sports. The players in the NFL are about 70% Black, even though African Americans make up only about 13% of the US population. White players are somewhere less than 30%, even though White people in the US dramatically outnumber Black people by about five to one. The NBA reflects an even greater differential. Now one would ask, if liberals are so focused on outcomes, that is on metrics that seek diversity by aligning demographics with those employed, then they should be losing their minds over an industry that hires folks in such disproportionate numbers to actual population. Under the outcomes model championed by Democrats in all other areas of our lives, NFL players should be apportioned 87% White and Hispanic to 13% Black.

No one would think such a formula is worthy of discussion, in fact most would say it is stupid. There is a form of filtering process in football, so that by the time players work their way up from high school and reach the NFL they are the best of the best. That is how it should be, that is the result of the opportunities model espoused by Republicans. Of course, hypocrisy has never stood in the way of the Democratic Party. NFL football is one of the shining lights of capitalism in America, but even left-wing loons would never attack it.

So now along comes Hollywood. In their liberal wisdom they have decided that the Academy Awards shall not be based upon pure artistic merit (opportunity) but rather candidates for the awards must demonstrate a commitment to diversity (outcomes). How ridiculous is that. As someone on TV said last night, it is unlikely that a classic like “Shindler’s List” could even be considered today because, as defined by the Hollywood outcomes model, there was little diversity in Hitler’s Germany.

The Declaration of Independence says “…and the pursuit of happiness.” Those words, words that cannot be interpreted to mean anything but opportunities and not outcomes, have served America well. They are the fundamental reason that we have become the strongest nation in history, the most enduring democracy known to man.

Liberal Democrats are salivating over the potential of a Biden win so that they can use his weakness to destroy Thomas Jefferson’s mighty words by instituting an outcomes-based form of government. History has demonstrated that outcomes models, which in other times and places are called socialism, have failed. One need not look far to see how hundreds of millions died in Asia and Europe when Mao and Stalin, in the name of outcomes defined by Five Year Plans, forced such models on their people. One does not have to look far to see how the once powerful economies of Cuba and Venezuela were destroyed almost overnight in the name of social revolution that championed the very same outcomes models. Yes, social revolution, the same motto heard all over liberal cities in America.