In a persuasive speaking tone, Texas Gov. Greg Abbott appeared at Austin Police Association headquarters this afternoon for a press conference to decry a recent movement to “de-fund the police.”

Abbott called it “particularly offensive” that some cities — most recently Dallas — are de-funding or significantly cutting law enforcement budgets. “It is unacceptable to see the chaos that has been stoked in this communities,” Abbott said. “… We cannot allow this to happen in Texas.”

Abbott referred to his legislative proposal in August to partially de-fund cities which remove substantial funding for law enforcement. He then rolled out an additional proposal:

Cities which gut law enforcement budgets, he said, would “forever lose their annexation powers, and any areas and any residents that have ever been annexed by that city in the past will have the power to vote to de-annex them[selves] from the city.”

This move would make it prohibitive for cities to significantly “undermine or dismantle law enforcement agencies that have a sworn duty to protect and defend their communities,” Abbott said.

Details on the proposal, including what constitutes a significant law enforcement funding cut, and which municipalities would be covered, was not found at the time of writing.

Abbott called for Texans to sign the “Back the Blue Pledge.” See below for an example of the pledge signed by U.S. Rep. Michael McCaul, shared via Twitter.

Austin Police Association President Ken Casaday strongly urged candidates and public officials to sign the pledge, saying that if one does not sign it “shows your … weak personality” and ineffective leadership.

From the hip: The Texas Legislature, when the governor’s proposal is taken up, may not approve a related bill until later in the session, in spring of 2021. Even if deemed an emergency item by the governor, will police de-funding and related Black Lives Matters concerns still be a hot-button issues by then? The damage of de-funding law enforcement may already have been done by then, but there are three things today’s announcement immediately sets into motion.

1. Real law enforcement reform. During today’s press conference media questions, Abbott gave a clue as to how cities that wish to transfer certain duties to other departments of civic boards may do so: through the budgeting process rather than as a reactionary concession to angry mobs and radical activists. In other words, modest budget cuts and restructuring are not off the table per se so long as LEOs are not hindered from doing their essential duties per Abbott.

2. New campaign issue. This proposal is a major slap to liberal mayors, council members, and county leaders who have jumped on board the de-fund the police movement, such as up-for-re-election Austin City Council member Jimmy Flannigan who went from supporting more funding for police to proposing the demolition of Austin Police Headquarters and (successfully) gutting APD by a third.

3. Further annexation reform. This gives fuel to the fire for annexation reform, an oft-ignored conservative item supported by Abbott. Though a bill to require citizen approval before a city can take inhabited territory was signed by Abbott during the 2017 legislature, de-annexation — allowing citizens to initiate a process to remove themselves from a municipality — has rarely been discussed anywhere public. As it happens, Flannigan called a proposal by then-Councilman Don Zimmerman “unrealistic,” though cities routinely annex and dis-annex on a routine basis. Expect de-annexation elections to appear on the radar of Texas political discussion in the days ahead. 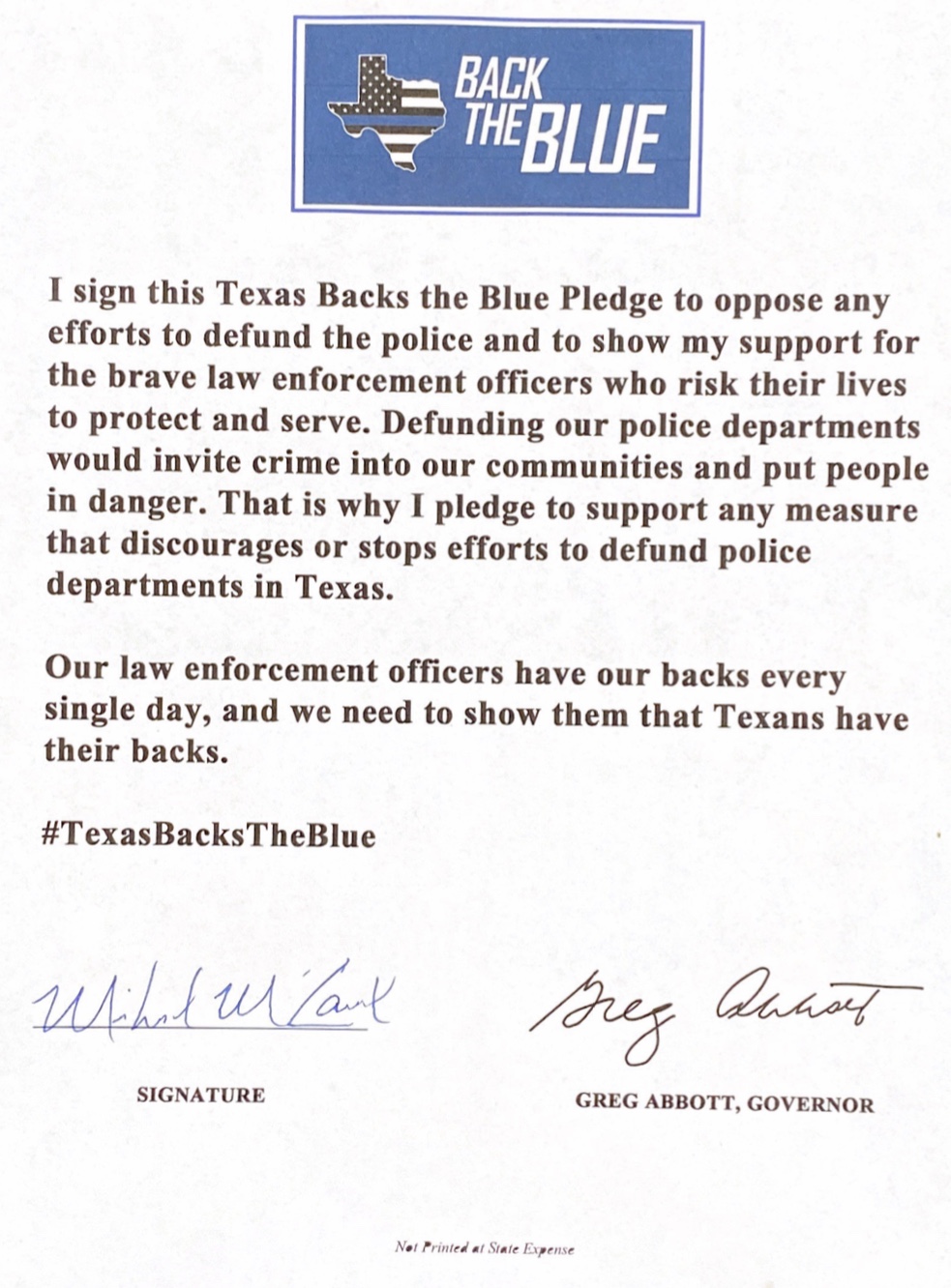 Interested in more news from Texas? We've got you covered! See More Texas News
Previous Article APPEL: On Opportunities And Outcomes
Next Article At Long Last, The Wheels Appear To Be Moving On Reopening Louisiana