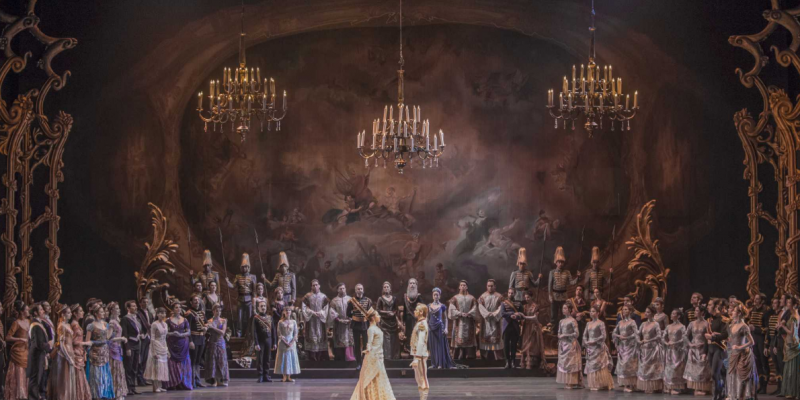 The creative arts industry lost 2.7 million jobs and more than $150 billion in sales of goods and services over four months of pandemic shutdowns, a report published by the Brookings Institution estimates.

In its report, “Lost Art: Measuring COVID-19’s devastating impact on America’s creative economy,” the authors estimate that of the 50 states, “California will be hit hardest in terms of absolute losses for creative industries and occupations, followed by New York and Texas.”

The analysis studied the industry from April 1 to July 30.

Of the 53 metropolitan areas with populations of more than one million, New York and Los Angeles will suffer the “worst absolute losses,” the authors found. But Las Vegas, Nashville, New Orleans, Orlando, Memphis, Baltimore, Jacksonville, Tucson, and Austin are expected to suffer larger losses in percentage terms.

The fine and performing arts industries will be hit the hardest, the authors write, suffering estimated losses of nearly 1.4 million jobs and $42.5 billion in sales, representing 50 percent of all jobs in the sector.

The researchers “estimate losses of more than 2.3 million jobs and $74 billion in average monthly earnings for the creative occupations” directly resulting from state governors issuing executive orders shutting down businesses and industries deemed non-essential, instituting social distancing guidelines and restricting travel in the name of public safety to slow the spread of the coronavirus.

Creative occupations include those in fine and performing arts (visual arts, music, theater and dance), film, television and radio, advertising, fashion and others.

Those in fine and performing arts will be disproportionately affected, representing roughly a third of wage employment losses, the report states.

From April to July, creative industries in the Houston metro area were expected to lose 42,587 jobs – $1.3 billion worth of earnings and $1.6 billion in sales.

The Brookings estimate is greater than the initial estimate published by the Houston Chronicle. Its report was based on Houston Arts Alliance data, which at the time saw a 50 percent unemployment rate in the Houston area’s creative industry, with “arts organizations expected to see about $75 million in lost income and more than $10 million in lost donations.”

“Small, stop-gap measures will not undo the damage; a substantial and sustained national creative-economy recovery strategy is required,” the Brookings authors write. “This strategy must be bottom-up, but supported across the board and led by local public-private partnerships between municipal governments, arts and cultural organizations, economic development and community groups, philanthropy, and the private sector, with support from federal and state levels of government, national philanthropy, and large corporations.”

The good news, the Brookings report suggests, is that “there is an opportunity for communities to shift to locally sourced culture. Communities can develop strategies to hire local creatives and create online portals and platforms to allow residents and businesses to hire local artists, musicians, and performers for smaller-scale, local events.”

But James Nelson, executive director at the Houston Ballet, told Urban Edge, “It’s not as if there’s a guarantee that when this is all over that we can just press reset and we all come back with the ability to do the work we did before.” Several creative groups have already been engaging in online experiences, including the ballet.

“What people may not understand, unless they’re closely connected with an arts nonprofit, is that it’s often a very delicate situation even in the best of times,” Nelson added. “We are not a profit-generating industry. To do what we do for our community is always a struggle. The ability to do that relies on a combination of earned revenue and contributed revenue, and that’s very tenuous even at the best of times.”

Interested in more news from Texas? We've got you covered! See More Texas News
Previous Article 40.1 percent of Tennessee residents report anxiety symptoms stemming from coronavirus shutdown
Next Article One of the best documentaries you will ever watch: Out of the Shadows [video]