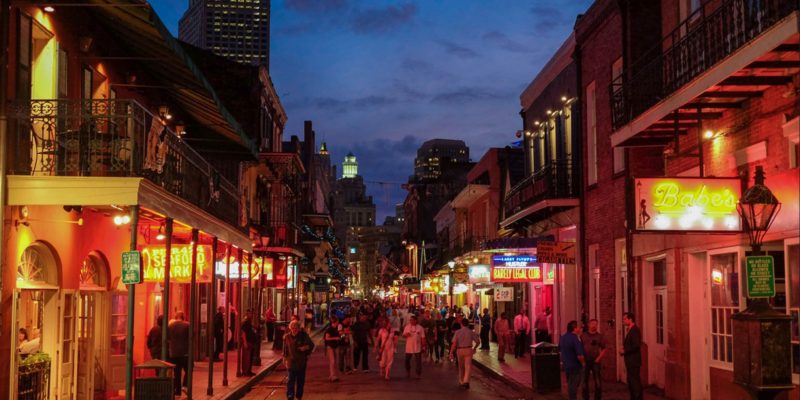 We can and will and do debate the particulars:  Are masks effective?  Is it really THAT contagious?  Are we overreacting?

At the end of the day, we all have to rely on our own trusted sources and experiences, and – in my opinion – there are no black/white answers.  It’s a new disease, so the science is constantly changing.  So are the politics.  So are the optics.

What’s NOT changing is the utter ineptitude of Louisiana’s flagship city in responding to this crisis – and whether you think this bug is a pandemic or a hoax, it is still a crisis.

New Orleans is known as the best place in the world for crowd control.  Between Mardi Gras, French Quarter Fest, Jazz Fest, Southern Decadence, and 100 other public festivals, the city and it’s Police Department have demonstrated ad infinitum that they can handle it.    Masses of drunks?  Bring ‘em on!  We got dis.

Except when we don’t.

Week after week, people are posting candid photos of crowds on Bourbon Street.  I can only assume they’re bringing their own libations, since bars are closed.  What they’re doing out there is anyone’s guess, I suppose, but one thing they certainly MIGHT be doing is spreading a deadly contagion.

One could question the wisdom – or lunacy – of reveling with a BYOB style on one of America’s most iconic streets (while it’s closed).  One might also wonder why the city known for controlling crowds can’t prevent them in the first place.

I’m not there – and short of a million-dollar bribe, I’m not going to be, maybe ever.  But you know, the last mayor spent tens of millions of dollars on cameras and barricades and other materiel in the name of “public safety.”  How about we put them to use?

Block off the streets.  Make businesses turn off their neon.  Reduce the visual appeal of the place until it’s deemed safe to go there.

Want to risk your own life?  That’s your business.  But just like a reckless driver risks the lives of others along with his own, so do the COVID-deniers who are thronging on Bourbon Street for no purpose other than to say they’ve been there or to stick their proverbial thumb in the mayor’s and governor’s respective eyeballs.

I care about human life.  I also care about the economy.  The longer we play with the former we are ruining the latter.  Turn off the lights, block off the streets, and shut the damn thing down.  It doesn’t seem like appealing to common sense is going to do the job – and in this city, that’s not shocking.