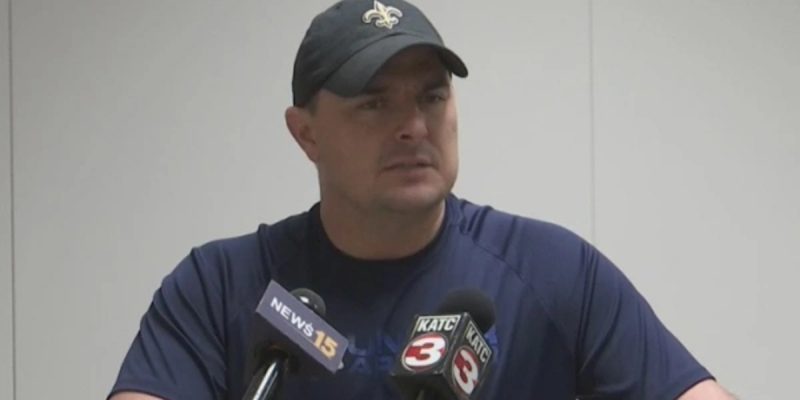 The Washington Post had a story yesterday trashing Lafayette mayor Josh Guillory for, its headline said, refusing to take in refugees from Hurricane Laura. Lake Charles is currently unlivable, with houses torn apart by wind damage and power and water service non-functional virtually everywhere in the city. You’d think Lafayette, as the nearest city of size not suffering major damage, would serve as the staging area for evacuees and recovery workers.

And it is. But not at the level you’d expect.

Why? Because Lafayette has a special sort of problem which won’t seem to go away, and also because of limitations to humanitarian work caused by COVID-19.

This isn’t going to work, folks.

There is more fallout from Lafayette Consolidated Government’s call for churches to put a pause on opening shelters in the city.

On Saturday, amid ongoing protests over the shooting death of Trayford Pellerin by Lafayette Police, Lafayette Mayor-President Josh Guillory told viewers Lafayette is under control and will be okay. Sunday, an email surfaced from Chief Administrative Officer Cydra Wingerter urging churches to put a “pause” on shelters for Laura evacuees, citing ongoing unrest in Lafayette.

The “pause” on shelters in Lafayette made national headlines Monday.

The reporting based solely on LCG emails and statements was later referred to as misleading and misinformation. LCG said any inference that the city is refusing to house evacuees is not true.

In Monday’s follow up statement, Wingerter said seeing pedestrians carrying semi-automatic weapons and wearing bullet-proof vests was concerning not only for her, but she says pastors were also hesitant to open shelters because of the unrest.

“Evacuees are here,” said Melinda Taylor, the Executive Director of Lafayette Habitat for Humanity and chair for Acadiana VOAD. “There are hundreds of people from the Lake Charles area and the affected areas to the west of us who are in local hotels or may have other arrangements.”

Clay Higgins, the congressman representing both Lafayette and Lake Charles, is the voice of reason here.

Congressman Clay Higgins said, “I’m not going to Monday morning quarterback Mayor Guillory. He stands with the police. Lafayette has come under threat. His home and family felt threatened.”

Despite the pandemic, Congressman Higgins is calling for community shelters.

Congressman Higgins has toured the damage and says the situation is especially dire in Calcasieu and Cameron Parishes.

“You’re not alone Louisiana. Whatever is in the way of your recovery, we will remove it,” Higgins said.

We reached out to Governor Edwards office for comment on Congressman Higgins’ request for community shelters.

A spokesperson said, “As Gov. Edwards has said, there is still a lot of COVID-19 in our state and because of that the state is focused on using non-congregate shelters, such as hotels, rather than the traditional congregate or mass shelters to keep our people safe. Prior to the storm making landfall, Gov. Edwards requested and Pres. Donald Trump approved Category B federal assistance for non-congregate shelters because of the amount of COVID-19 in our state. As of today, we have nearly 20,000 Louisianans being housed in hotels between Louisiana and Texas. The Governor understands that those who have been impacted by Hurricane Laura want to be as close to home as possible but the destruction caused by Hurricane Laura is widespread, and it will take weeks before electricity is restored even with thousands of crews from multiple states working as hard as possible to get everything up and working. The idea that we would house large numbers of people in large congregate shelters for weeks without electricity when the President has already approved housing Louisianans in hotels does not make any sense and puts the safety of the public at risk.”

Yesterday the state reported Louisiana has less than 900 COVID hospitalizations and a little more than 300 new cases. Testing has fallen off considerably, in part because the CDC has now recommended people without COVID symptoms not be tested. It’s very clear the virus is receding in Louisiana and it’s far less of a problem for the state than to have one of its top six metropolitan markets knocked completely out of action by a hurricane.

If ever you would put COVID-19 on the back burner it would be now. And yet the Governor is filling up hotels with evacuees, putting them so far away from Lake Charles as to make it difficult for them to return to help in the rebuilding process.

Furthermore, the lack of hotel availability anywhere within 100 miles of Lake Charles impedes the ability for volunteers and recovery workers to get into the area. There is an enormous amount of work to do there, you know – downed trees and power lines need to be removed, storm debris needs to be carted away, roofs need fixing, trash needs hauling and so on. Without any place for people to stay while helping with that work it’s going to take far longer, and cost much more, to do.

The way this is typically handled is that you open large shelters people can stay in for free, and that opens up hotel space that recovery workers, like for example the thousands of power-company linemen and engineers who will come to Lake Charles to restore electricity to the city, can use to get in and do the job. OSHA rules prohibit working more than 16 hour days, so if you’ve got to bus them in from four hours away each day you’re cutting in half the amount of time on the job they’ll have.

And without places to stay nearby, you can’t fix that problem by bringing in more workers to increase the man-hours.

The smart play would be to test evacuees for COVID-19, and the ones who test negative ought to be welcome at the Cajundome, Rapides Parish Coliseum and other venues set up as traditional recovery shelters, soak up the bulk of the evacuees who are now in hotels, and institute “bubble” rules for them – namely, only a small number of people who are tested daily are allowed into the shelters so as to minimize their exposure to the virus. If you have to leave the shelter, you leave, and you don’t come back.

This is a state decision, not a Guillory decision.

Of course, the other problem is the “mostly peaceful protesters” who continue attempting to cause trouble in Lafayette over the police shooting of Trayford Pellerin 10 days ago. On Sunday a few of them thought it would be a good idea to show up in front of Guillory’s house with a BBQ pit and cause a disturbance; Guillory refused to go outside and meet with them which was the correct move.

You would think with a hurricane destroying a city less than an hour away the Antifa/BLM mob would find it bad form to put Lafayette’s law enforcement on high alert, something they have no choice but to do since the Pellerin “protesters” have already resorted to looting and blocking thoroughfares.

You’d be wrong. Civic spirit isn’t their strong suit despite some of the things they say.

This is the kind of situation where a governor who was worth a damn would step in and provide some leadership – perhaps meeting with the protesters in Lafayette, who are all his voters and even in some cases big boosters of his (at least, the ones who aren’t from out of state are) and telling them to cool it or else the State Police or National Guard would make them cool it. And perhaps come up with a smart way to shelter people who need it so as to maximize the speed with which Lake Charles can come back on line.

If he’s doing those things he’s awfully quiet about them. Hurricane Laura may have departed the scene, but the COVID hurricane is still blowing.