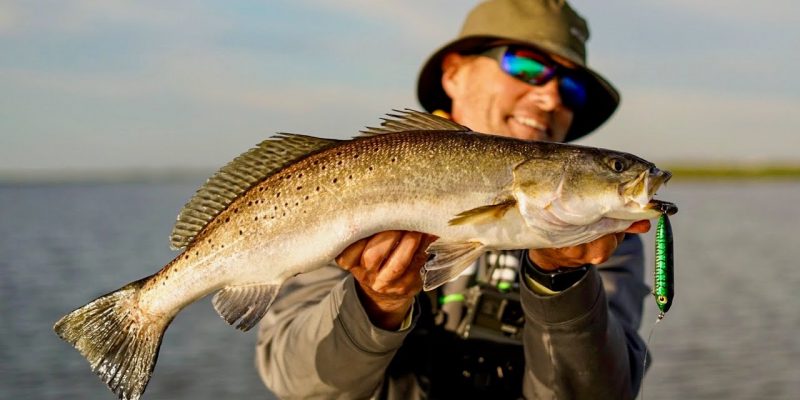 Yes, 2020 has been a tough year for the entire nation, but it’s been especially problematic for those of us on the Gulf Coast. We’ve endured a line of tropical storms and hurricanes — Marco, Laura, Sally and Beta — that have made fishing on many days impossible in anything smaller than the Queen Mary.

And that’s particularly unfortunate because the fishing — at least here on the Louisiana coast — has gotten so good in recent weeks. Speckled trout have moved to the inside marshes, where they’re crushing, among other things, topwater baits.

And that’s my favorite way to catch them.

But there’s a pitfall to using hard plastics — crank baits, jerk baits, topwaters, really any hard plastic — to catch any kind of fish.

Hooks are attached to those baits with rigid split rings, and those split rings allow limited movement of the hooks. When a fish hits a topwater plug and gets hooked, it goes bananas, thrashing in all directions, attempting to use the laws of physics to free itself from the trap.

After about one rotation, the split ring locks up and can’t be rotated any further, giving the fish the upper hand in its attempt to throw the lure. That’s a big reason so many topwater fights end in heartbreak for the angler.

So a lot of the bass pros have begun to replace their split rings with braided line, and they universally say it’s led to an increase in the percentage of fish they land.

Since our weather’s so crummy right now, I figured it would be a good time to change out some of my split rings, and in this video, I show you how to do it.