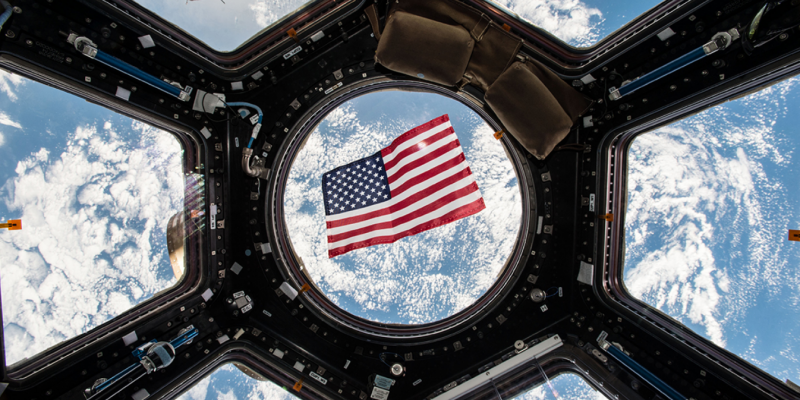 In Texas, the National Aeronautics and Space Administration (NASA) employed 40,321 people last year, and generated an economic output of $8.7 million in Texas, according to an economic analysis of the agency’s impact commissioned by the agency.

“NASA has perhaps the most far-reaching impact of any government institution in terms of sheer scale—the Agency operates the most far-flung human inventions in the universe, with Voyager 1 at a range of more than 13 billion miles,” the report states. “But all of NASA’s endeavors begin here on Earth, in the United States of America, and they have an extensive economic impact across the entirety of our nation.

“NASA commissioned a study of its national economic impact for FY2019 to better understand how its activities impacted the American economy.”

NASA’s Johnson Space Center, located in the Houston area, has served as a hub of human spaceflight activity for more than 50 years. It is home to the nation’s astronaut corps, the International Space Station mission operations, the Orion Program, in addition to M2M and other programs.

Nationally, NASA has generated an estimated $64.3 billion in economic output last year, a report conducted by the University of Illinois at Chicago’s Nathalie P. Voorhees Center for Neighborhood and Community Improvement found.

NASA’s direct and indirect activities contributed to over 312,000 jobs nationwide, generating an estimated $7 billion in federal, state, and local tax revenues, it adds.

“In this new era of human spaceflight, NASA is contributing to economies locally and nationally, fueling growth in industries that will define the future, and supporting tens of thousands of new jobs in America,” NASA Administrator Jim Bridenstine said in a statement.

“With an investment of just one-half of 1 percent of the federal budget, NASA generates significant total economic output annually,” he said. “This study confirms, and puts numbers, to what we have long understood – that taxpayer investment in America’s space program yields tremendous returns that strengthen our nation on several fronts – a stronger economy, advances in science and technology, and improvements to humanity.”

In addition to the overall impact of NASA’s work on the national economy the report examines the impact of the Agency’s Moon-to-Mars efforts specifically. The Artemis mission will put the first woman and next man on the Moon, where NASA will establish a long-term, sustained presence there and then proceed farther into the solar system to Mars. NASA’s Moon-toMars efforts, including the Space Launch System, Orion spacecraft, Human Landing Systems, Moon and Mars science missions, ground support equipment, space suits, and the many other technologies required to make it all possible, represent a significant investment in our nation’s space-faring capabilities, research and education endeavors, and national technology development here on Earth.

The Artemis mission is named after a moon goddess or moon worship. In Greek mythology, one of the moon goddesses was known as Artemis, a hunter. In Roman mythology the same goddess was called Diana, to whom people sacrificed their children. In other cultures, she is known as Ishtar, Isis, or Allat, most of which also involved human sacrifice as part of worship.