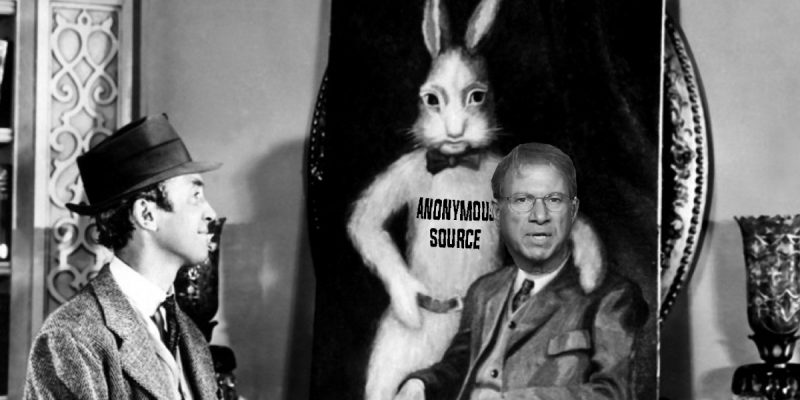 The Atlantic Magazine, if you can call it that, published an anonymous-sourced article representing the fact the President called century-old, dead soldiers “losers” and “suckers,” and for that reason refused to drive to their final resting place, in Belleau Wood, France. The scrawl was written by some leftist flak named Goldberg. (I already forgot his first name and won’t make the effort to acquaint myself with it.)

Ben Bradlee, who was the executive editor of the Washington Post during Watergate had some sage advice about anonymously sourced stories. “Sure,” he said, “some journalists use anonymous sources just because they’re lazy and I think editors ought to insist on more precise identification even if they remain anonymous.”

What makes these types of stories so dangerous is the silliness and wiliness of ersatz reporters to dream up an article to get some flash. Facts? We don’t need facts! When pressed why he didn’t disclose his “sources,” Goldberg said he feared they would be tortured on Twitter. Well, every day, someone is tortured on Twitter, why not them? And if it is true, they could respond in kind and torture their torturers with facts. But, alas, they shall remain the imaginary friends of Goldberg, like Jimmy Stewart’s imaginary six-foot rabbit, Harvey.

A reporter’s only asset is his or her credibility. If they lose that, they are done, and Goldberg is well on his way of forfeiting his only asset. This is, moreover, the same Goldberg that coddles the super spy, John Brennan, late of Spygate and a principle player in the attempts to overthrow the Presidency of Donald Trump. Yes, the same Donald Trump who Goldberg’s Twitter-scared, imaginary sources whispered about in Goldberg’s earholes.

And pow, Goldberg, armed with undocumented information, spawned a story designed to hurt the Presidency of Donald Trump–a story which is two years old and released two months before the election. John Brennan is saying, “damn, why didn’t I think of that?”

You see, what Brennan, Clapper, Comey, Pelosi, Schiff, Strzok, McCabe, Ohr, COVID-19, Soros, the Chinese, and many others, couldn’t do, Goldberg and his Harvey are trying to do to with the Belleau Wood lie. America, the democrats are convinced we are stupid and can’t see through their serial attempts to overthrow the executive branch of government with a rigged election and bogus anonymous stories. In less than sixty days we get a chance to prove them wrong.