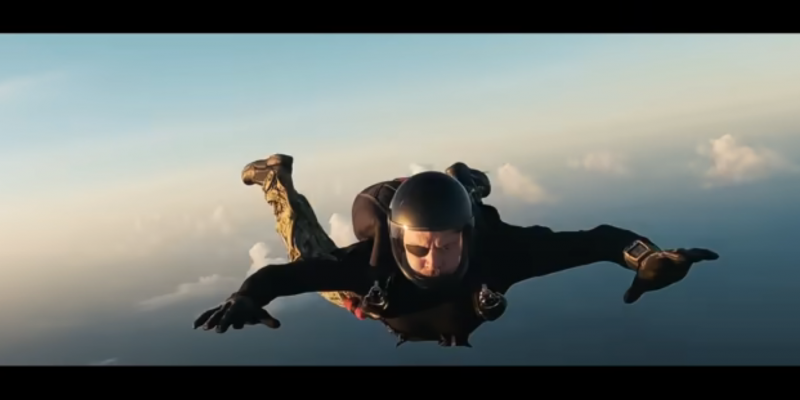 Devoid of any policy proposals, a campaign video ad designed to boost Texas Congressional Republican challengers and one famous incumbent is hoping simply being a badass is enough.

Or at least “courageous, patriotic, and absolutely fearless,” according to the campaign video for the joint campaign.

With aesthetics clearly inspired from action titles such as “The Replacements” series or anything from the Marvel Cinematic Universe, “Texas Reloaded,” subtitled the “Greatest joint campaign ad in history,” features U.S. Rep. Dan Crenshaw lending his star-power to five GOP hopefuls — August Pfluger (CD 11), Beth Van Duyne (CD 24), Wesley Hunt (CD 7), Genevieve Collins (CD 32), and Tony Gonzales (CD 23). According to the small print, funds raised from the campaign will be split evenly among the candidates, including Crenshaw, with leftovers going to the Republican Party of Texas.

Crenshaw, appearing as a cross between Marvel’s Nick Fury and Agent Phil Coulson of S.H.I.E.L.D. fame and with the sci-fi tech to boot, jumps out of an airplane to recruit the team for a mission to, “if you choose to accept it, save Texas.”

The introductory video ad has garnered nearly 834,000 views on YouTube by Monday morning.

Crenshaw told his social media audience the goal of the ad is to “balance the scales a little bit” — each of the featured races is experiencing a large amount of Democrat and out-of-state money pouring into them in an attempt to flip Texas.

According to the Houston Chronicle, Crenshaw has $9.3 million in the campaign war chest, putting him up there with House Speaker Nancy Pelosi and House Minority Leader Kevin McCarthy in terms of fundraising.

From the hip: It’s well-into the general election season, and without straight-ticket voting on this year’s ballot, the objective for now is name ID. To that extent, mission accomplished.

Meanwhile on the left, a statewide ad campaign featuring M.J. Hegar is relying on her real-world heroics to unseat U.S. Sen. John Cornyn. Hegar recounts her experience defending the evacuation of her downed medivac chopper crew — even if the hub-bub surrounding her memoir “Shoot Like a Girl” never became the Hollywood movie she promised in her 2018 run against Republican Congressman John Carter.

That’s not to say the subjects of the Texas Reloaded ad do not have stories of their own to tell — four of whom (Crenshaw, Pfluger, Hunt, and Gonzales) are veterans. We know Crenshaw does, and this factored heavily into his victory in 2018. Collins and Van Dyne certainly have some war stories from their political experience to relay as well.

The joint Republican ad ends with the text “Awaiting next objective.” Would a sequel tell their stories of service to country? If we get a Texas Reloaded “cinematic universe,” will the next ad lay out some policy proposals to save Texas (e.g. lifting certain unnecessary COVID-19 restrictions, funding law enforcement, etc.)? A few stances may be found by clicking on “our mission” on the website — the list is heavy on fiscal conservatism and foreign policy, but light on critical social issues such as abortion, sexuality, or education freedom.

With half-a-month until extended early voting begins there’s still some time for some more effective ad-buys and social media strikes. If not, this was a memorable one-hit wonder.

Interested in more news from Texas? We've got you covered! See More Texas News
Previous Article A Little More Than Five Weeks Out, Here’s What’s Happening In The LA-5 Race
Next Article Texans in need of rental assistance will receive $167 million in CARES Act funding to help avoid eviction