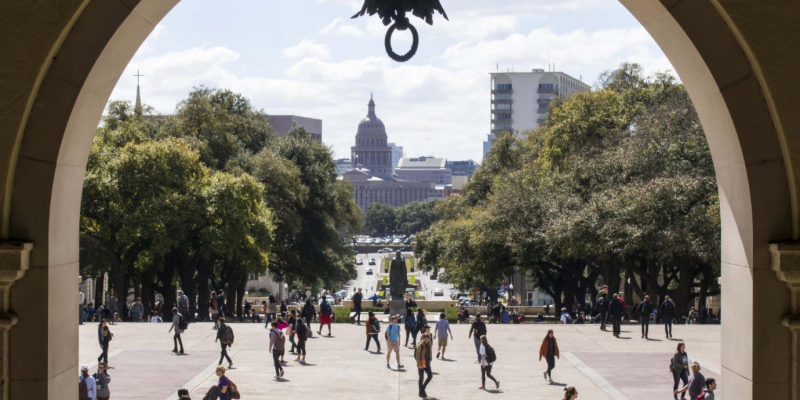 Austin, Texas, is the least livable city in the U.S. for minimum wage earners, according to a new report by Move.org.

The minimum wage report analyzed the 75 most popular cities where people are moving to, according to U.S. Census data. It calculated how many hours minimum-wage earners would need to work in order to pay rent for a one-bedroom apartment. It then ranked the cities by the least livable to the most livable for minimum-wage earners.

The analysis found that three of the 10 least livable cities for minimum wage earners in the U.S. are in Texas: Austin is the least livable; Plano ranks second; Arlington ranks sixth.

Of the 10 most livable cities for minimum wage earners, three are in Ohio: Toledo, Cleveland and Cincinnati. Bakersfield, Calif., ranks first, followed by Tucson, Fresno, Minneapolis, Detroit, Lincoln and Phoenix.

The hourly minimum wage in Austin sits at the federal minimum wage of $7.25. The average rent for a small one-bedroom apartment in Austin, according to Move.org, is $1,177. In order to just pay rent, a minimum wage earner would need to work 37 hours a week.

By contrast, in Bakersfield, the minimum wage is $13 and average rent for a one-bedroom apartment is $738. Minimum wage earners would need to work 13 hours to pay their rent, according to the analysis.

In a previous report, from last June, Move.org analyzed data from the 75 largest cities to determine which had the lowest and highest cost of living in the U.S. It included five monthly expenses of rent for a small one-bedroom apartment, utilities (electricity, water, etc.), internet, gasoline and food (groceries plus occasional restaurant meals).

Austin ranked 19th, with a total average monthly cost of living of $2,321.

Nine Texas cities were included in 75 cities analyzed. Ranked last at 75, El Paso was the least expensive of the big cities surveyed.

With an average monthly rent of $1,660, Austinites pay 252 percent more than residents of El Paso, whose average one-bedroom rent totals $658 a month, according to Move.org.

In this survey, Austin was the most expensive city to live in in Texas, followed by Dallas, Houston, Fort Worth, San Antonio, Plano, Corpus Christi, Arlington, and El Paso.