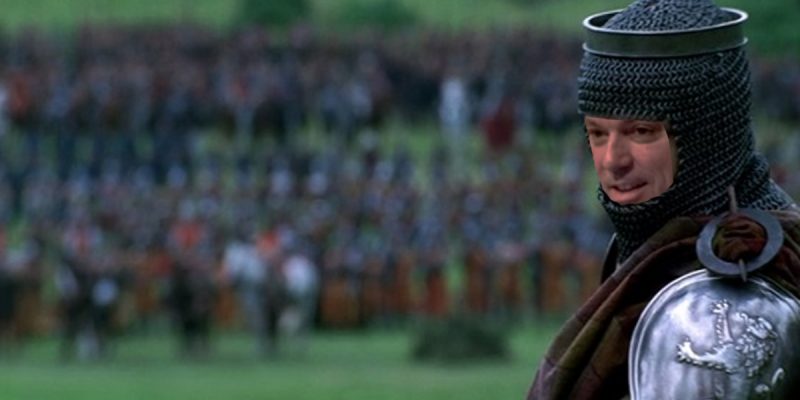 UPDATE: A couple of items to add, which can be found here.

ORIGINAL: We got our hands on a copy of this petition, the one we’re calling Petition #2, as it isn’t the one Rep. Alan Seabaugh was circulating for the past three months and fell short of the required 53 names to become effective in cancelling Gov. John Bel Edwards’ COVID-19 emergency. 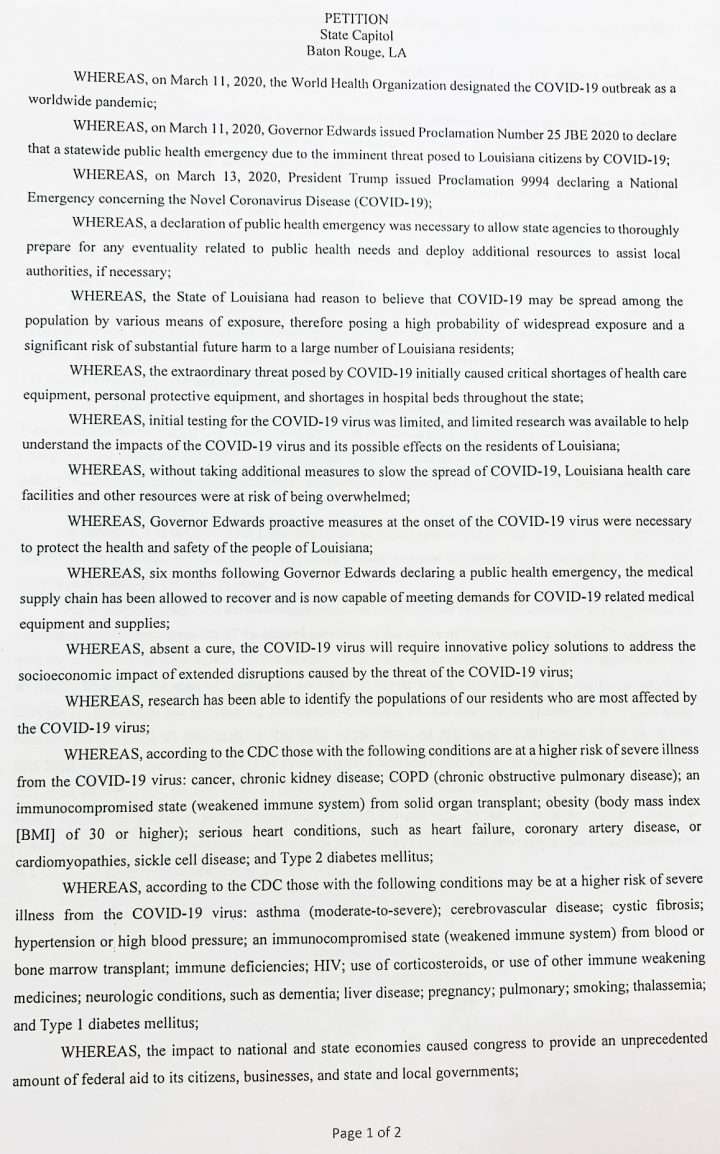 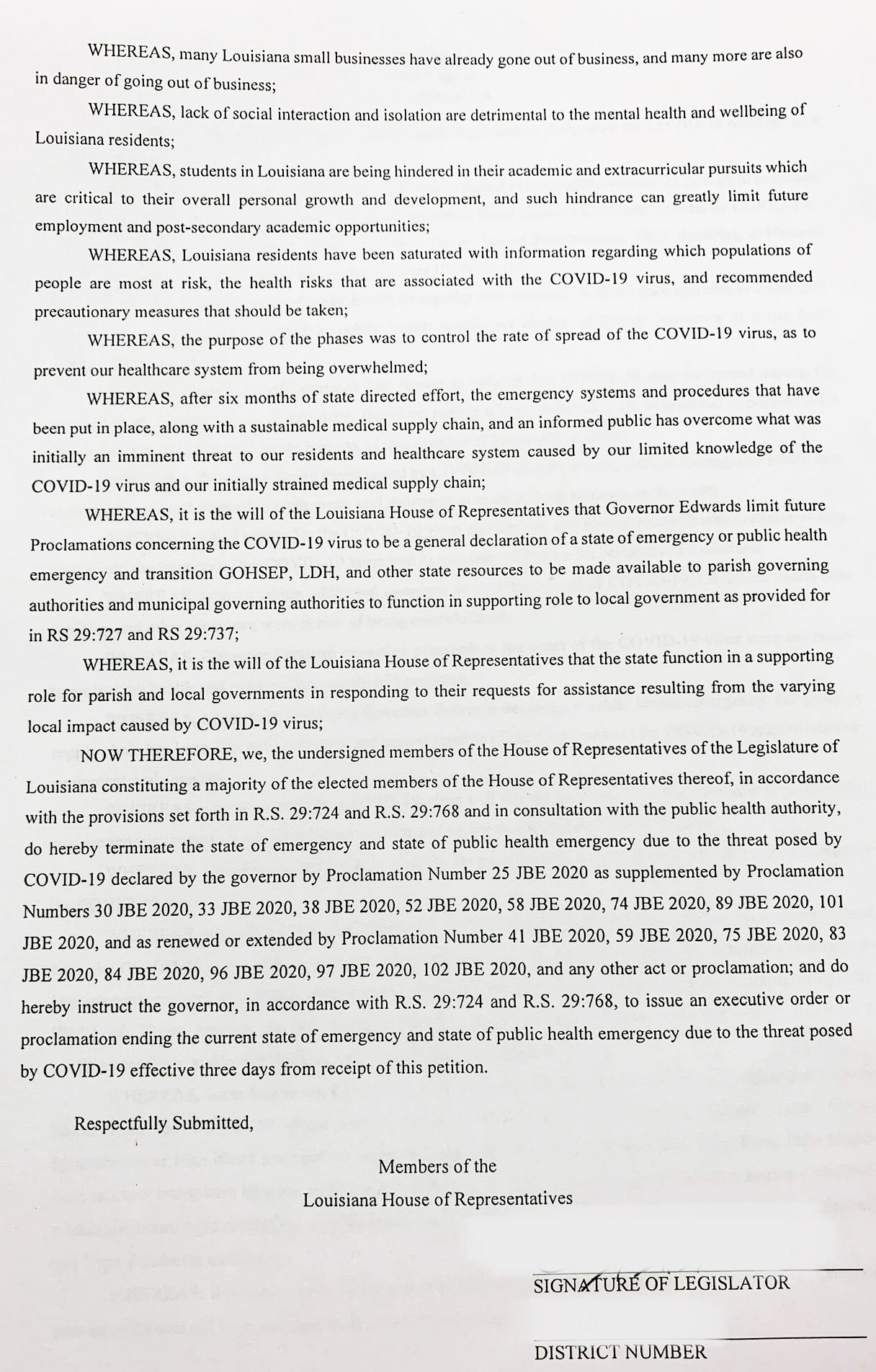 This, we’re told, is the final draft of Petition #2, which was presented last Tuesday at the House Republican Delegation meeting by Rep. Mark Wright and received support from all but a handful of the House members, more than enough to constitute a majority of the House in general.

The essential elements are the same as we reported on Friday. Two major differences from Seabaugh’s petition exist. First, the “Therefore” is different, in that unlike Seabaugh’s petition it doesn’t bar the governor from reinstituting an emergency declaration just like the one Petition #2 would vacate. In the “Whereases,” it actually calls on him to reinstitute an emergency declaration; just not one that would shut down businesses or mandate that anyone do anything.

These legislators have been getting an absolute earful from their constituents in the last two weeks. Businesses are closing permanently, jobs are disappearing, people are losing their homes, folks are packing up and leaving the state in droves. Edwards’ shutdowns have all but broken Louisiana’s economy and it can’t continue.

Meanwhile, the state has begun ramping up its COVID testing again in order to drum up case counts. This as of yesterday…

Between Friday and Sunday the state cranked out more than 56,000 COVID test results, three weeks after the CDC recommended an end to testing of people without symptoms. Why do you think that is if it’s not an attempt to regain a political foothold in defense of his overly-restrictive Phase 3 lockdown?

Edwards, meanwhile, is saying that his Phase 3 restrictions, which outlaw all alcohol sales after 10 p.m., as though COVID is like a vampire that comes out at night, and refuse in-person visits to nursing homes, among other things, are the new normal until there’s a vaccine. There is no way the people of Louisiana are going to tolerate that.

So tomorrow, we’re told, House Speaker Clay Schexnayder has called a meeting of the House Republican Delegation and Petition #2, which after fighting Seabaugh’s petition for months Schexnayder has apparently signed on to, is going to be finalized for signatures and – supposedly – filed.

There are lots of people very skeptical that something is about to go wrong here, that this will be Lucy pulling the football out just as Charlie Brown tries to kick it. Or more to the point, that Schexnayder is going to betray the conservatives who have been pushing for the Legislature to pull Edwards off the neck of the people somewhat like Robert the Bruce, the Braveheart version, turned his coat on William Wallace at Falkirk.

But we’ll see. At this late stage none of these politicians can really claim to be a hero of reopening Louisiana. There aren’t really any William Wallaces and certainly no real-life Robert The Bruce characters around, though if this goes down don’t be surprised at an effort to make one (like we saw with respect to high school football’s return).

One thing we’re fairly certain of is that Edwards is no longer in control of locking down Louisiana. Over the weekend bars all over Louisiana began opening up, and while Edwards had health inspectors and fire marshals running around shutting some of them down others escaped. Mask wearing has fallen off greatly. People aren’t listening to his scoldings anymore. The only question is whether Louisiana reopens as a matter of law, or whether normal people turn outlaw in disobeying his lockdown orders.

The legislators have licked their fingers and stuck them in the wind, and they’re beginning to act accordingly. It’s too late to save much of the state’s economy, of course, but unless something currently unexpected happens there will at least be a breath of fresh air available in Louisiana which comes from something other than Hurricane Sally.