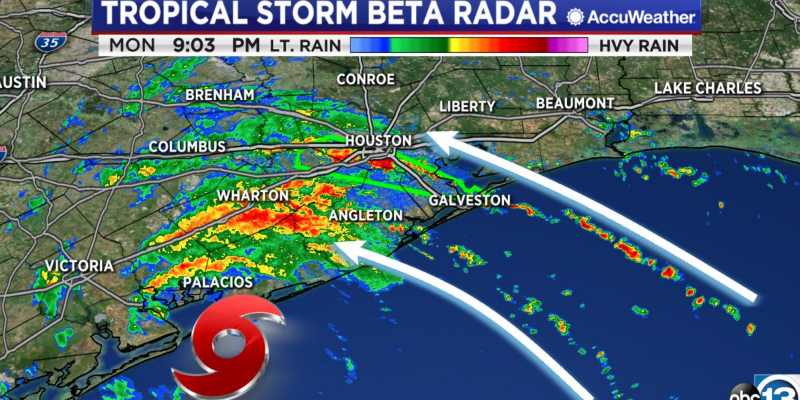 Tropical Depression Beta continues to impact the Texas Coast and Southeast Texas, and is expected to dump up to 20 inches of rain in some areas over a 48-hour period. 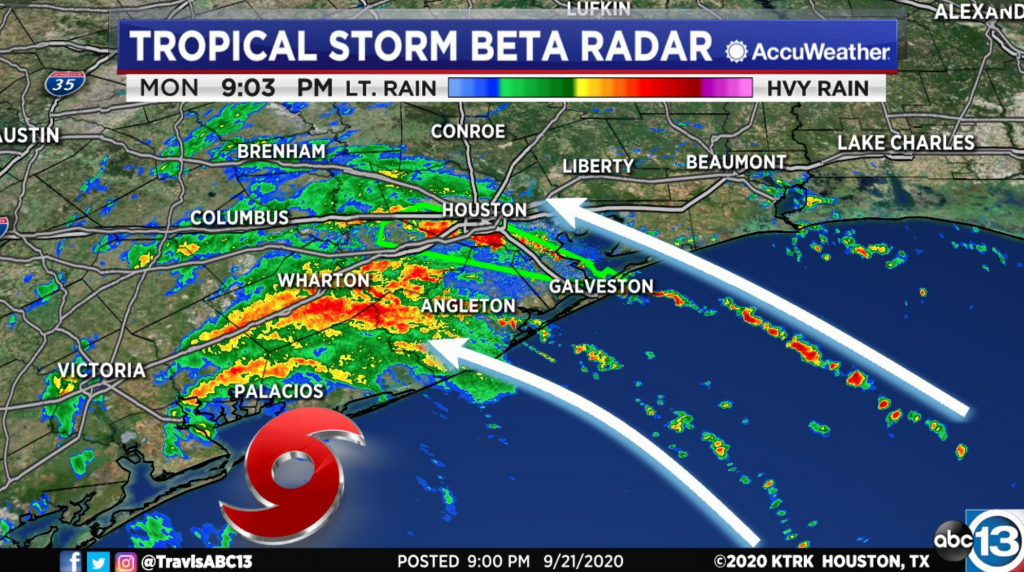 Beta made landfall Monday night near Port O’Connor, Texas, and moved northeast slowly with winds of 35 mph, according to the National Hurricane Center.

“Tropical Depression Beta poses serious flood risks to communities along the coast and Southeast Texas, and I urge Texans to remain vigilant as this storm continues to impact our state,” Gov. Greg Abbott said Tuesday. “Texans who live in areas at risk for flooding should not travel if possible, avoid crossing flooded roadways, and continue to heed the guidance of local officials as this storm makes its way through the Lone Star State.”

“Your sedan is not a submarine. Your minivan isn’t magical. Stay off the road. Wherever you need to go right now isn’t worth your life, or the life of the first responder who has to come and save you.”

Local news outlets published videos of drivers being swept away by high waters in the area of southwest Houston. Videos showed flooding at Highway 59 South and Belfort, Highway 288 and Holly Hall, parts of Allen Parkway, and Keegans and Brays Bayous.

This is what NOT to do in a flood. We have a floater. Caught on live TV tonight in SW Houston @weatherchannel @KPRC2 #beta pic.twitter.com/E8p0BHj1ca

Highway 288 was closed in both directions due to flooding, Houston Police Chief Art Acevedo announced, in addition to Highway 45 and Main.

Acevedo tweeted Tuesday, “Lots of street flooding in our area. Please do not go out unless you need to. If you need to drive wait until daylight if at all possible.

“Do not cross flooded roadways or go around barricades. Turn around, don’t drown isn’t a slogan, it is a strategy to stay safe and alive.”

Parts of the Houston metro area were elevated to Flood Scale alert Stage 3, and south of Interstate 10, Space City Weather reported. “Beta produced more rains on Monday and Monday night than we generally anticipated, up to 10 to 12 inches in some locations. While this is not a catastrophic storm yet, it has produced widespread street flooding in central and southern parts of the Houston area.”

The governor urged Texans “to be extremely cautious of any water on roads or in creeks, streams, storm drains, or other areas – never attempt to cross-flowing streams or drive across flooded roadways and always observe road barricades placed for your protection.”

He told Texans to remember the warning signs on highways, which state, “Turn Around, Don’t Drown.”