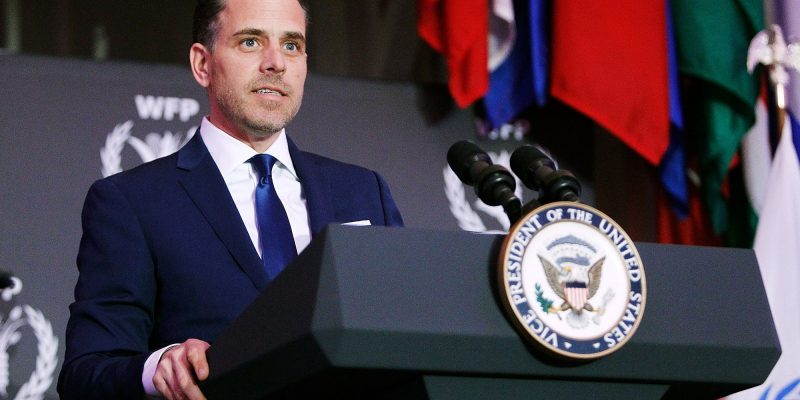 We knew there was something fishy about Hunter Biden’s business with Burisma in Ukraine but we now have “the smoking gun” in the form of emails to connect the dots to Joe Biden.

The former Vice President already admitted to tying $1 billion in U.S. foreign aid to the firing of Ukrainian prosecutor Viktor Shokin who was rumored to be involved in an investigation targeting Burisma, the Ukrainian energy company for which Hunter served on the board.

The younger Biden did so with zero qualifications or relevant experience for the position which fed much of the speculation swirling around the matter over recent years. But newly leaked emails provide the context that was missing.

Emails obtained from a laptop of Hunter Biden contradict Joe Biden’s claim of “never” speaking to his son Hunter about his “business dealings” and provide context for the quid pro quo allegation against him.

In one email, a Ukrainian oil executive thanks Hunter for setting up a meeting with his father. In a second email, he asks for Hunter’s help in “using his influence” to “stop” an investigation by the Ukrainian government.

Now we know why Joe Biden demanded prosecutor Viktor Shokin be fired “or you’re not gettin’ the billion dollars,” as he infamously said during a Council on Foreign Relations event.

Stunningly, Facebook and Twitter have announced that they will be “limiting distribution” of this major news which was broken by the New York Post. This action actually served as motivation for me to look into it further so I could pass along what they do not want you to know.

Previous reporting on this matter uncovered that Hunter Biden was compensated as much as $50,000 per month to sit on the board of Burisma while his father served as Vice President.

It always reeked of corruption but now we have the emails to connect the dots. Now it all makes sense. This is abuse of power. This is corruption. And social media companies are complicit as they use their influence to hide this important development.

An investigation has reportedly been opened based on this new evidence by the U.S. Senate Homeland Security and Governmental Affairs Committee.